The 2017 Street Triple is set to go on sale in India on June 12, 2017, and it replaces the Street Triple 675, a motorcycle that was loved for its nimble character and accessible performance. For 2017, the Street Triple 765 gets a bump in displacement, features and contemporary design. The bike will be available in three variants - S, R and RS. Our comprehensive feature tells you all you need to know about the new Street Triple, and the image gallery below lets view the new British motorcycle in detail. 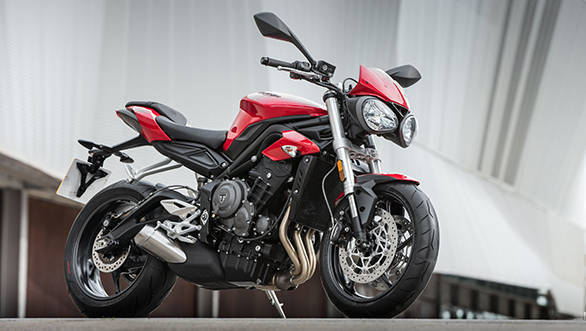 This is the base S variant that gets basic equipment 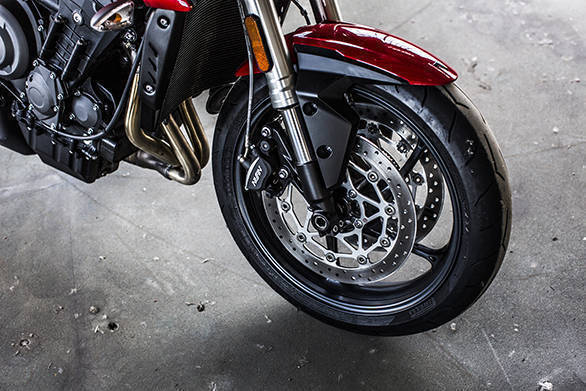 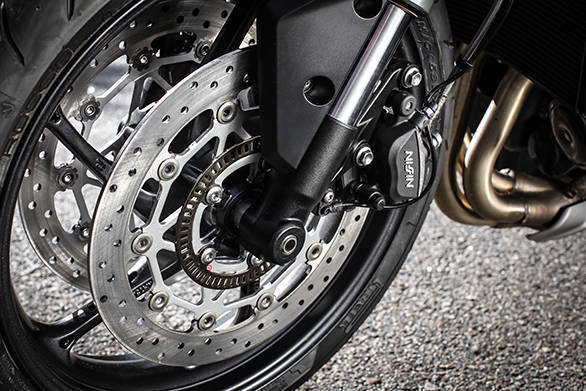 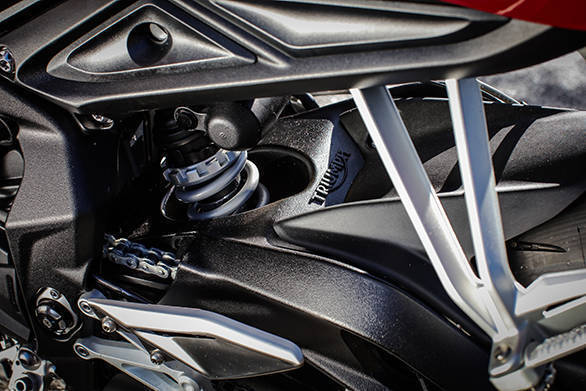 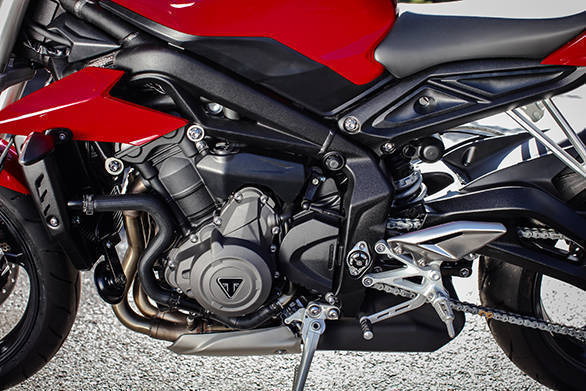 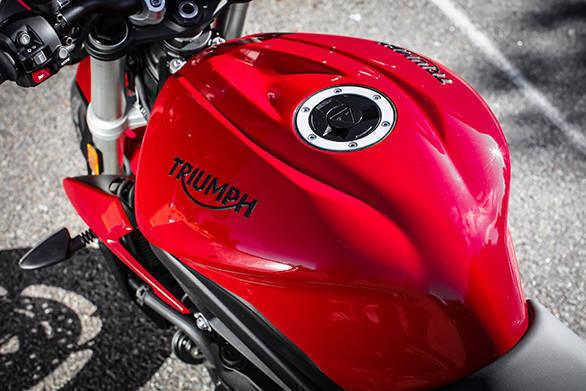 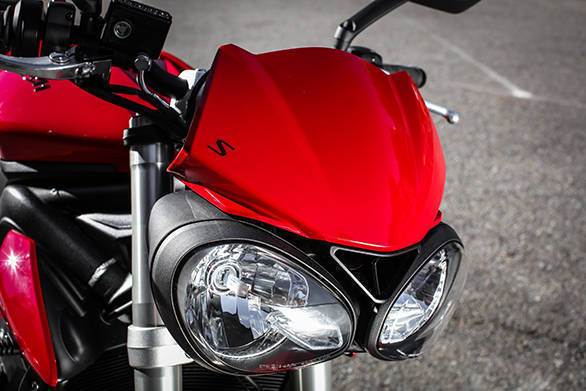 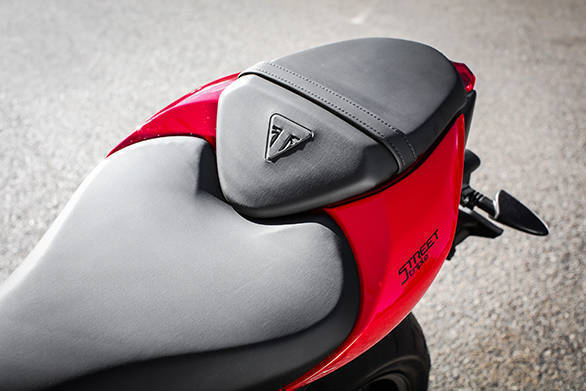 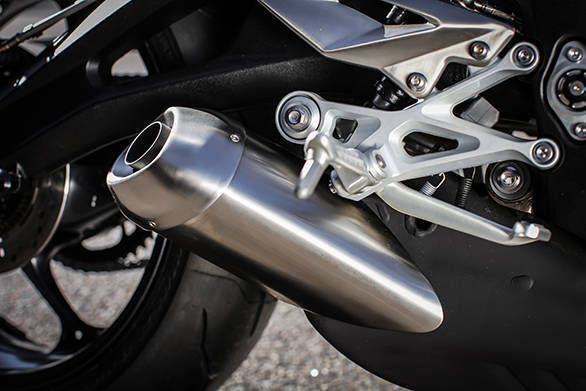 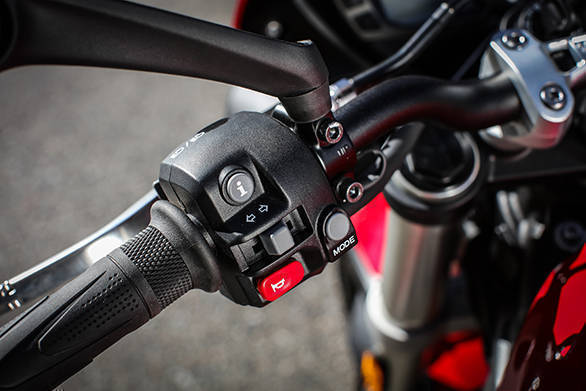 Electronics on the Street Triple include ABS, ride-by-wire, switchable traction control, and Rain and Road modes 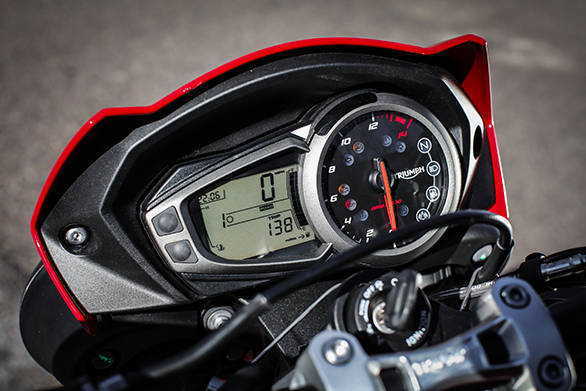 The instrument cluster in the new Street Triple S may look similar to the outgoing models; however, it has been updated for 2017 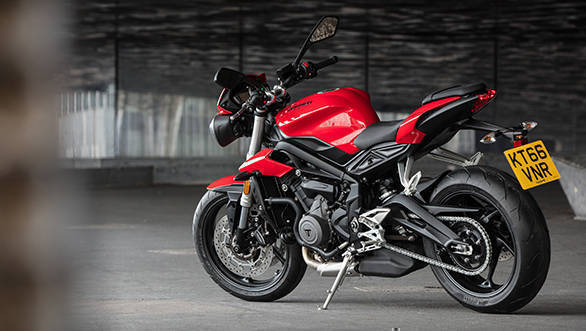 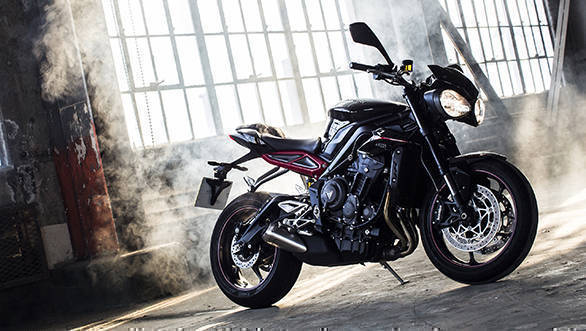 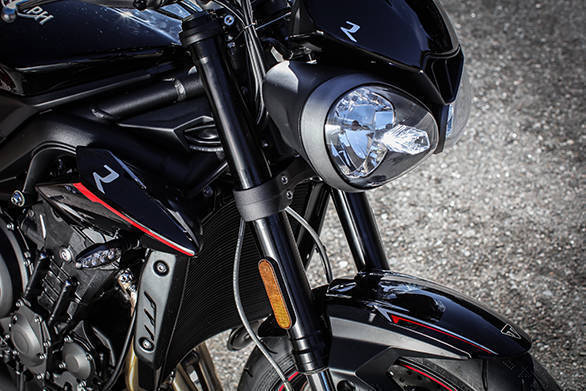 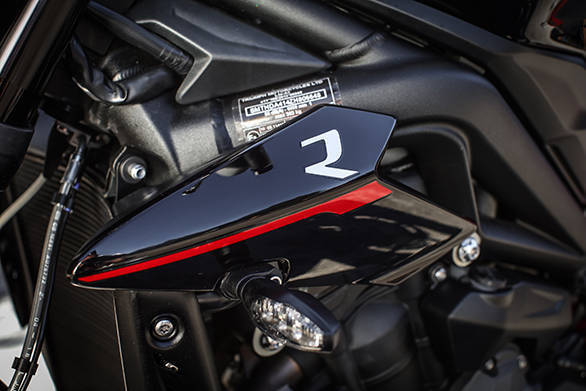 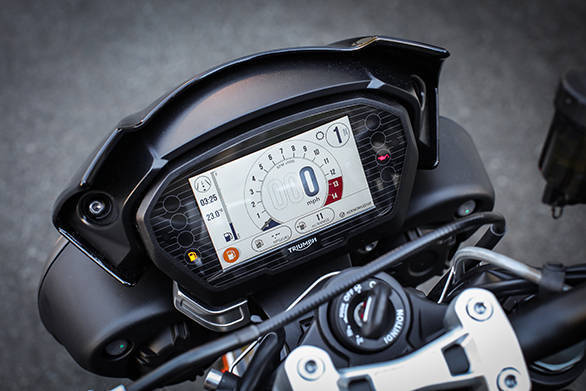 The R model gets a brand-new, angle-adjustable, colour 5" TFT instrumentation. There are three different screen display styles to choose from. The contrast can be adjusted based on ambient light or weather conditions 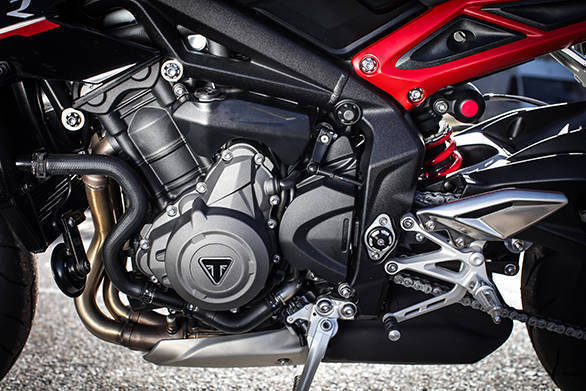 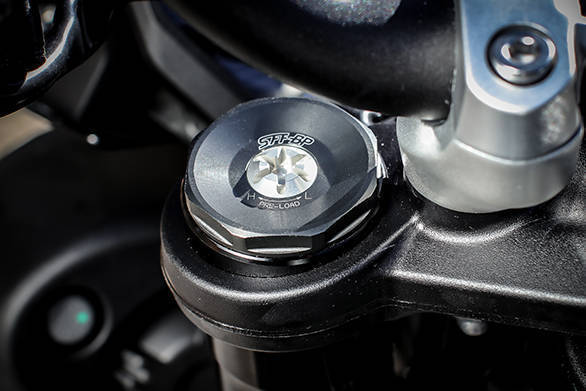 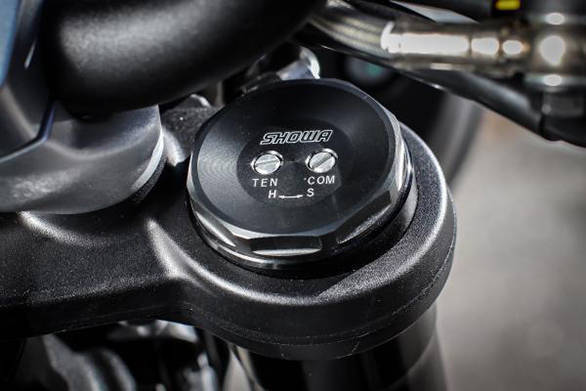 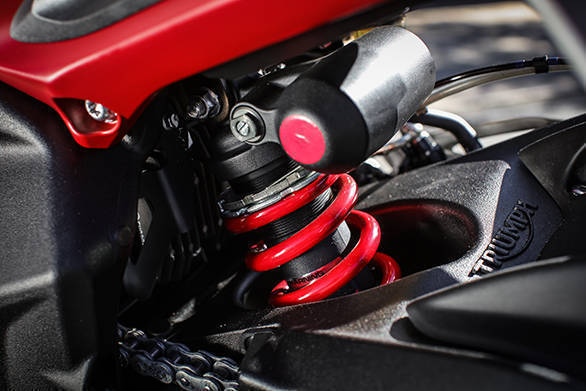 At the rear is a Showa monoshock but it's fully adjustable for preload, rebound and compression. It permits 131mm, or 7mm more wheel travel 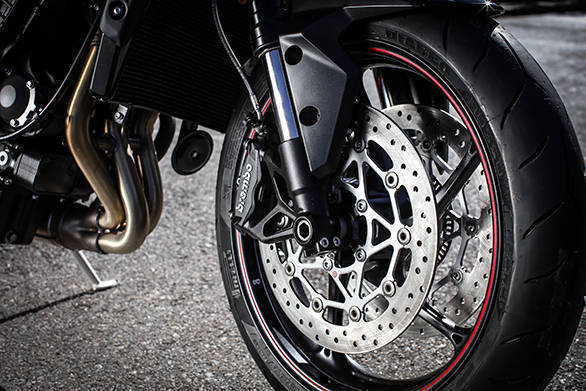 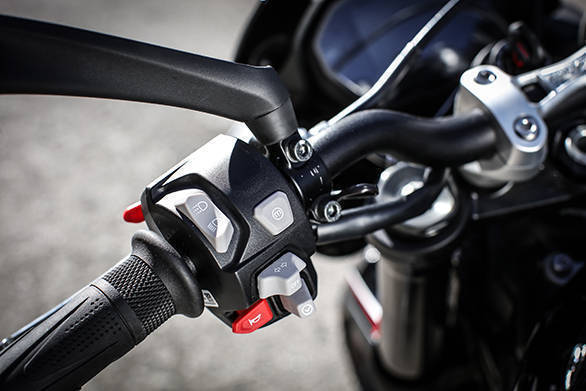 The R gets new switch gear and additional Sport and Rider customisable riding modes, in addition to Road and Rain modes in the base S model 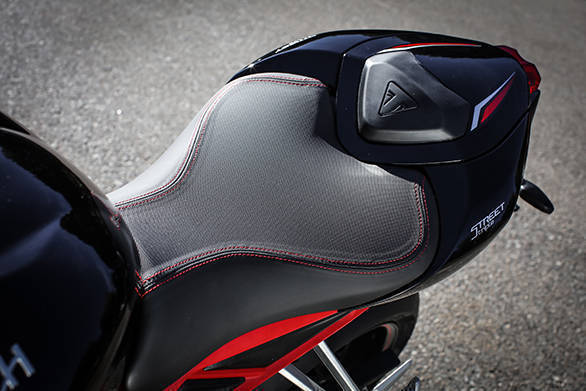 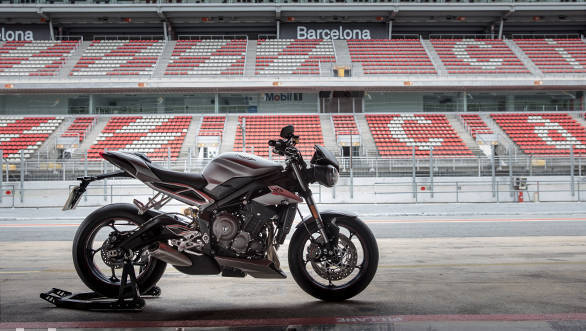 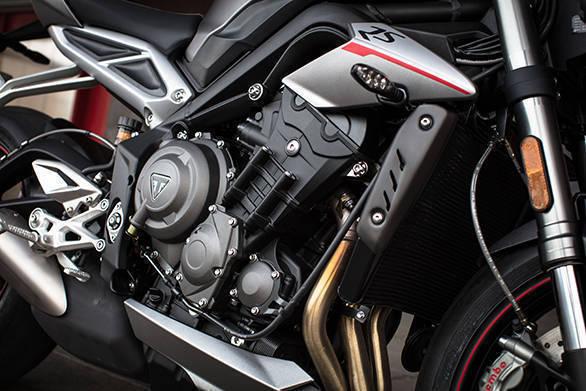 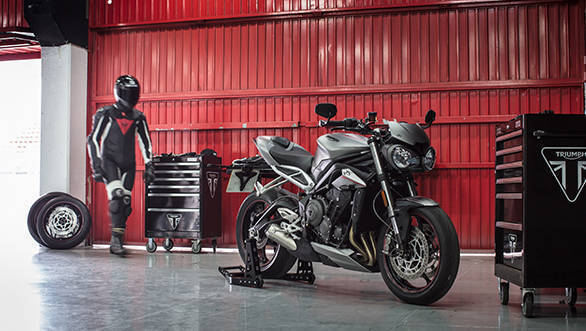 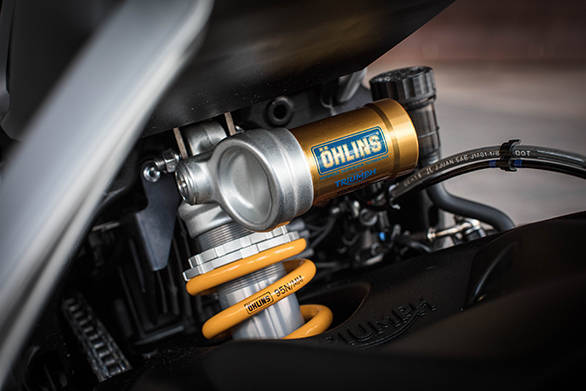 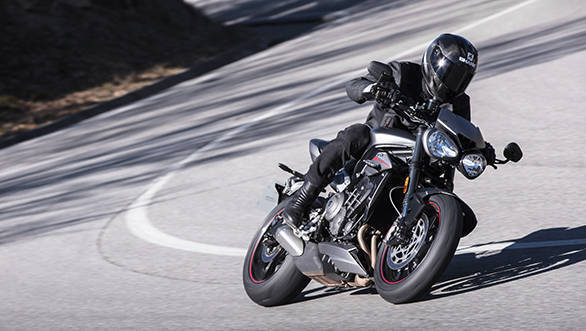 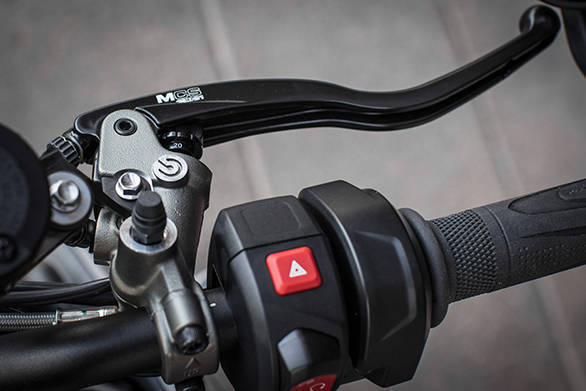