Harley-Davidson announced a major update to their global strategy. The closed to production is, unfortunately for India, not the 250-500cc platform that's clearly going to be designed for us and odds are, it will be made here as well. But what happens in 2020 is the arrival of the new middleweight platform that Harley-Davidson says will cover from 500cc to 1,250cc. In there is this motorcycle, the Streetfighter, with a 975cc engine. What we can see in the images that follow is that this promises to be a genuinely sporty motorcycle. The new V-Twin, for instance, is clearly water-cooled. And this time, Harley-Davidson is making no attempts to hide that. There is no significant finning on the motorcycle and the radiator shrouds are clearly visible. Also note the massive brakes and sporty rubber that mark the intent of the motorcycle. Harley-Davidson has not revealed the shape of the headlamp though - the subtext says that these are prototypes and the final production version will vary a little bit. Clearly visible is a neat, almost unadorned tail lamp and simple single-pod instrumentation that will undoutedly feature an analog tachometre with a small digital readout - Harley executes these rather well. 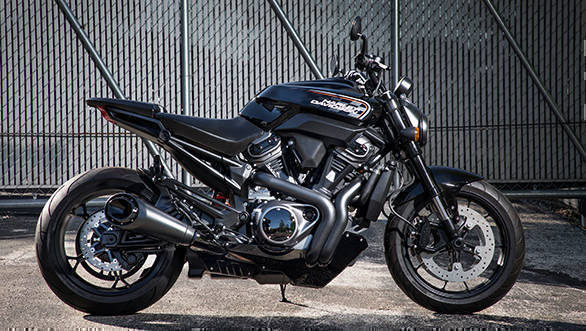 While in some ways it's a sport naked, there is no mistaking the Harley design influence on the 2020 Harley-Davidson Streetfighter 975 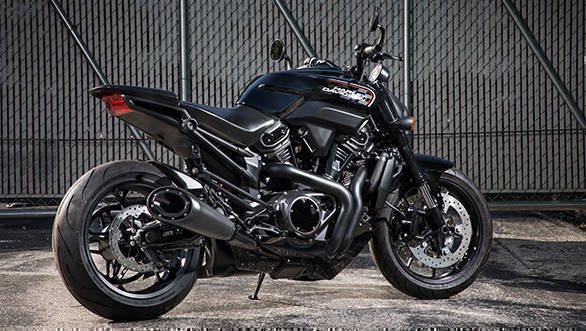 The 2020 Harley-Davidson Streetfighter 975 is a sharp, sleek motorcycle with a densely-packed hulking stance. We like! 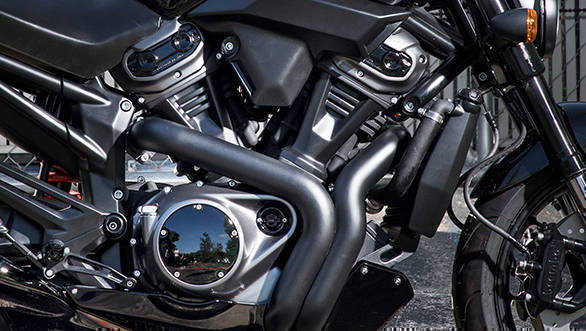 The compact V-twin on the 975 is one of a family. Does that mean we will get a smaller Streetfighter before 2022 as well? 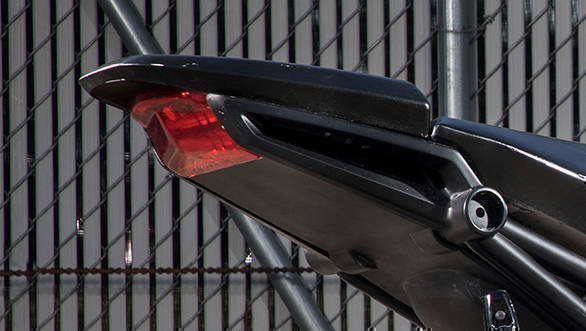 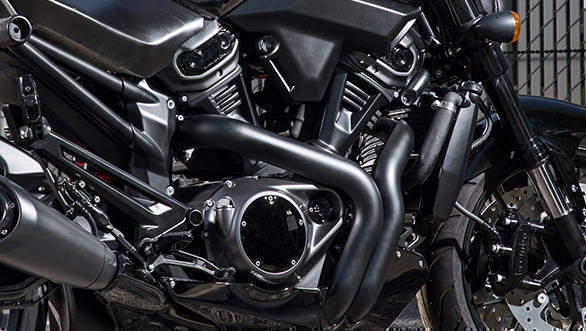 The 2020 Harley-Davidson Streetfighter 975's 975cc DOHC V-twin is liquid-cooled and is styled the same as the other bikes but in a fetching titanium grey. 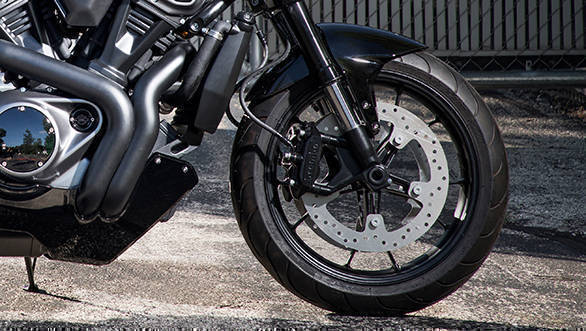 Upside down forks, sporty rubber, radially-mounted callipers and a light-weight carrier on a disc. What Harley is this! The 2020 Harley-Davidson Streetfighter 975 certainly has the form... 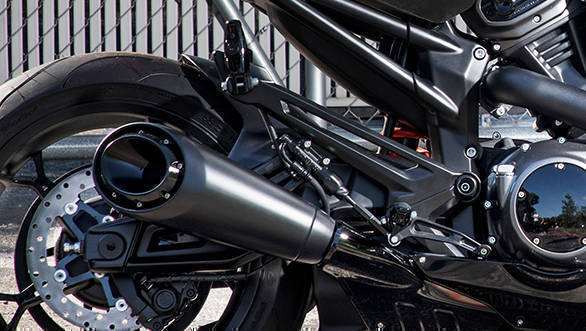 So much to see! Note the sleek subframe for the passenger and rider footpegs as well as the delicious levers. The side-cut exhaust looks smashing too! 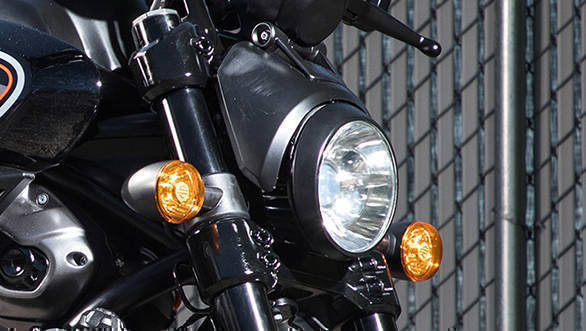 The neat and round 2020 Harley-Davidson Streetfighter 975 head light is an LED unit but its mounted aggressively low on the bike. Looks great! 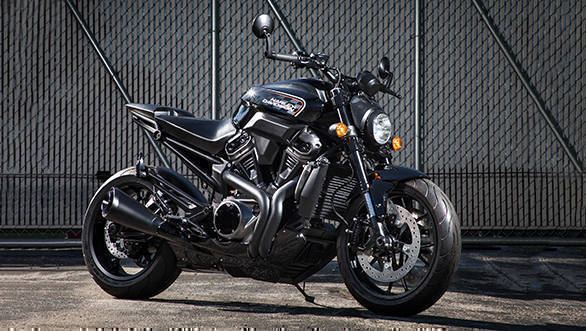