Bajaj has taken the wraps off its newest motorcycle, the V15. The bike is priced at Rs 62,000, ex-Delhi. The V15 will be on sale by early March 2016. The motorcycle is positioned between the traditional 125cc commuter and the class of 150cc commuters. The motorcycle did create a buzz before the unveil when Bajaj announced that it had acquired metal from India's aircraft carrier the INS Vikrant which had been scrapped. This metal has been refined and is now part of the metal that makes up the V15's tank. The Vikrant association is going to be lifelong for the V15, says Bajaj - they have enough metal - and it isn't a limited edition. 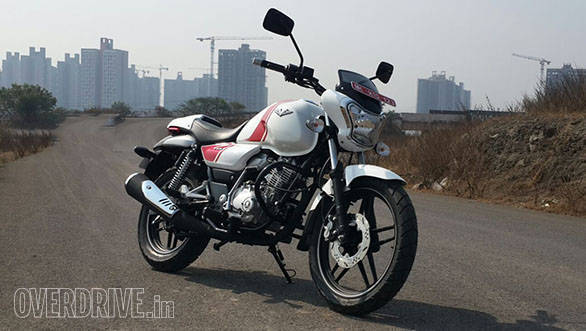 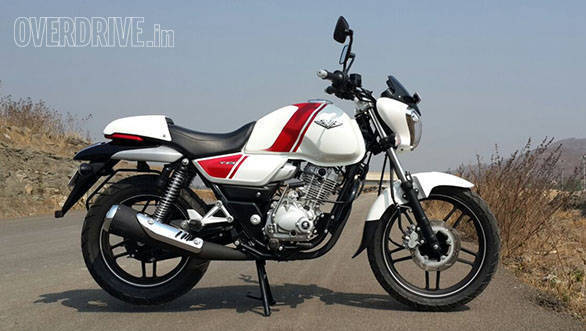 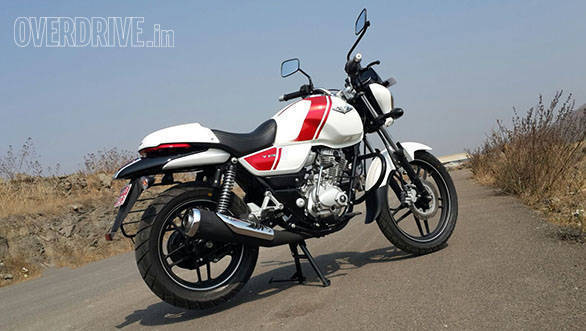 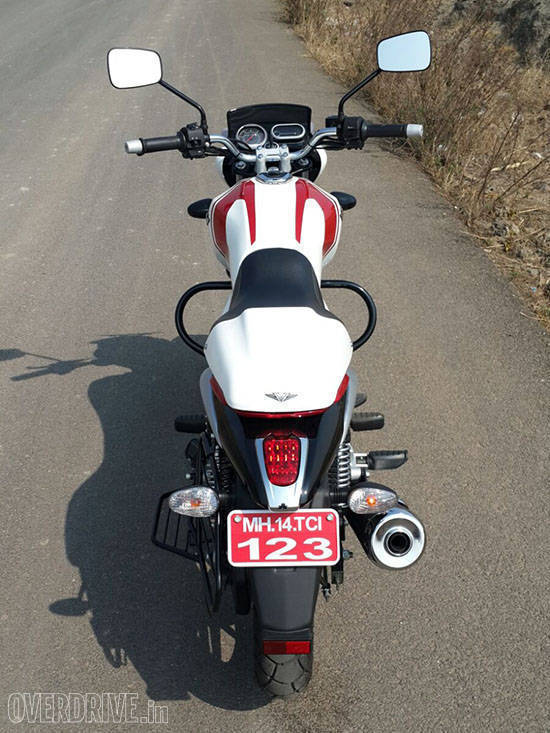 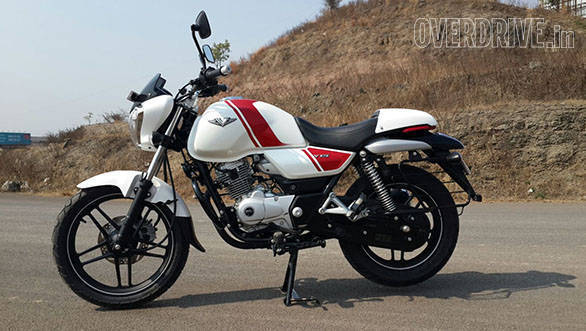 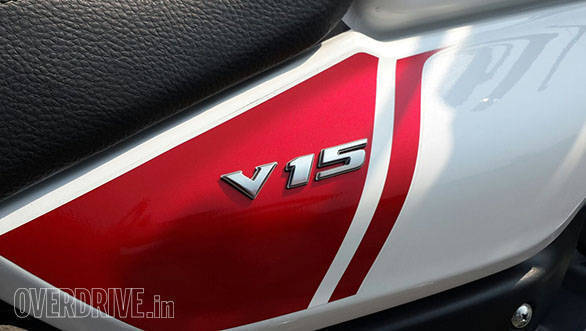 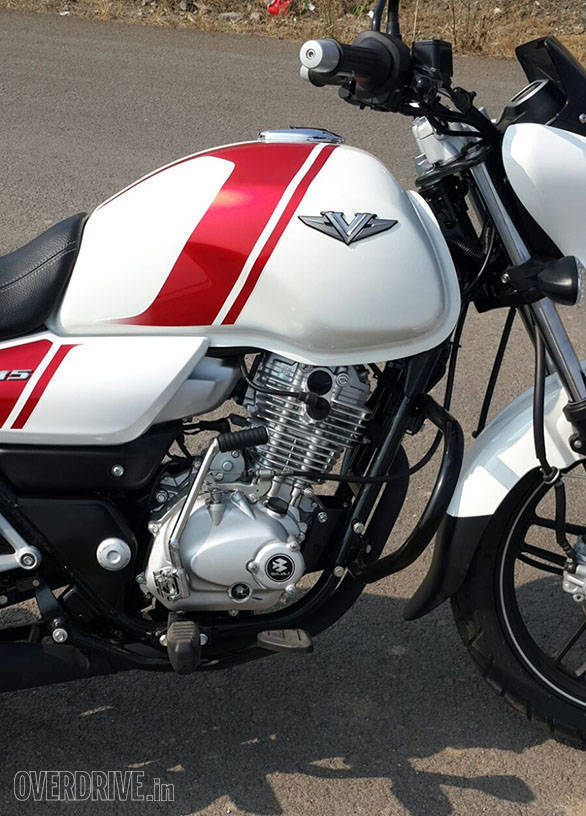 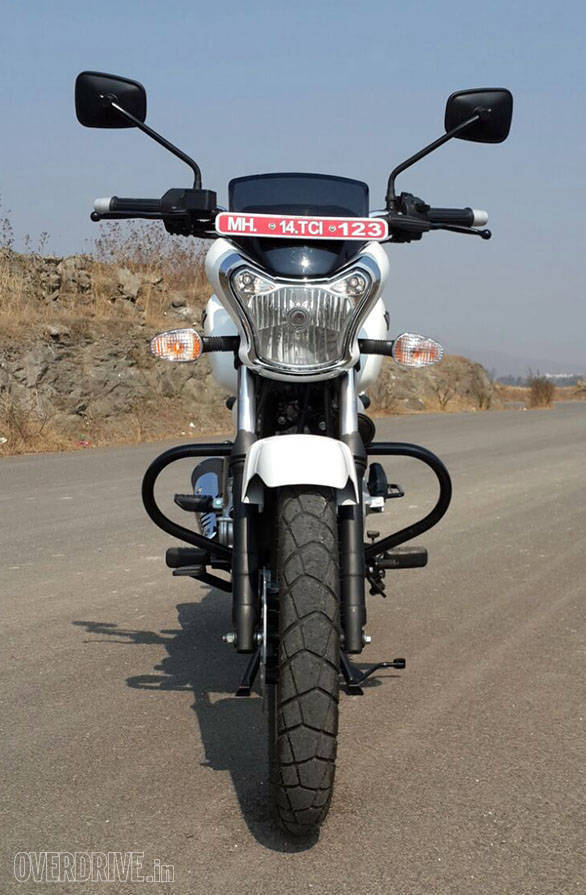 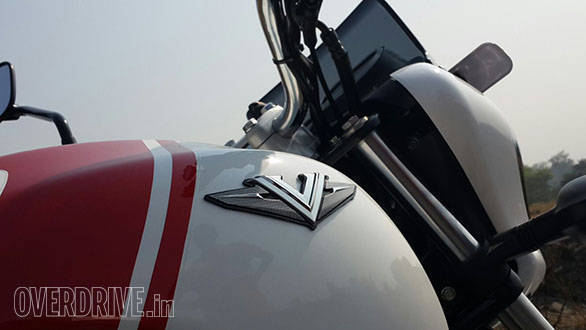 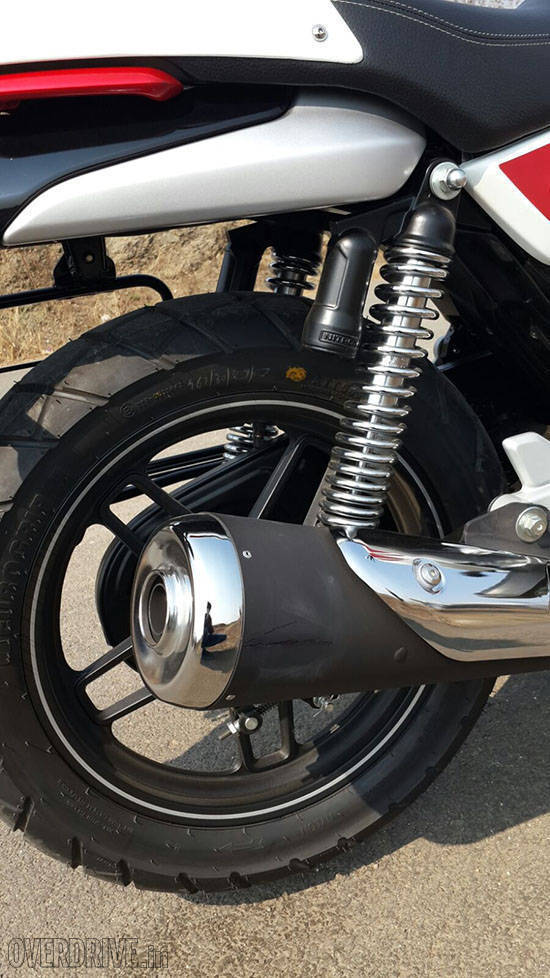 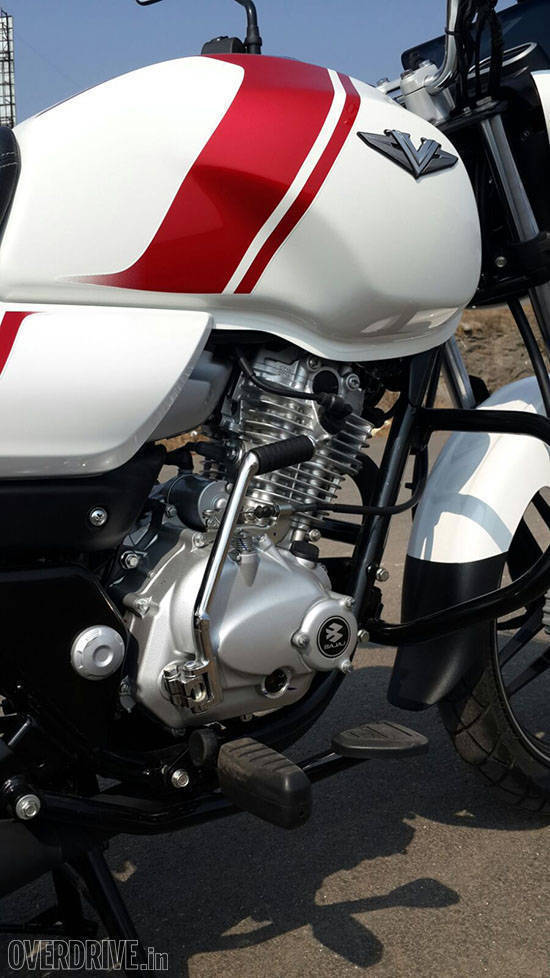 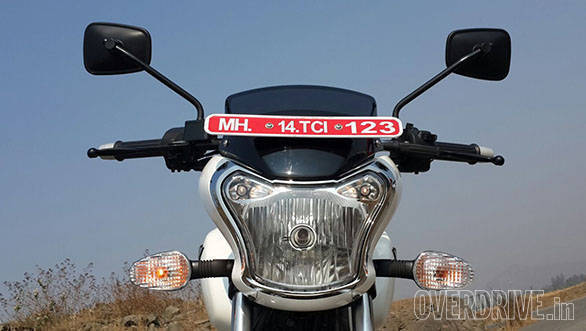 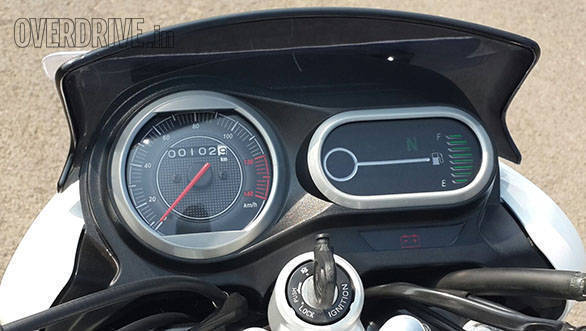 Tell tale lights on the meters are hard to read in the sun. Neutral light excepted 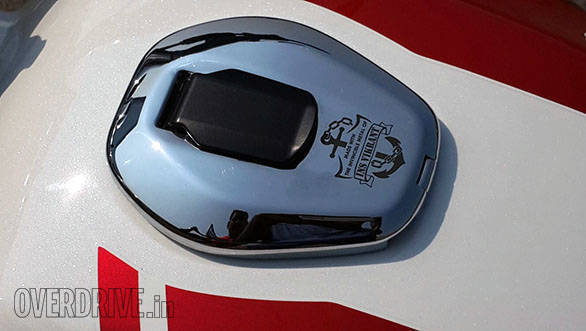 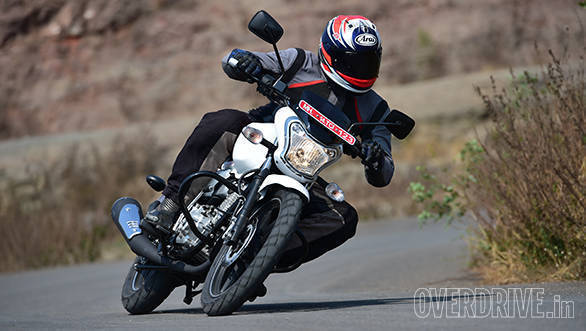 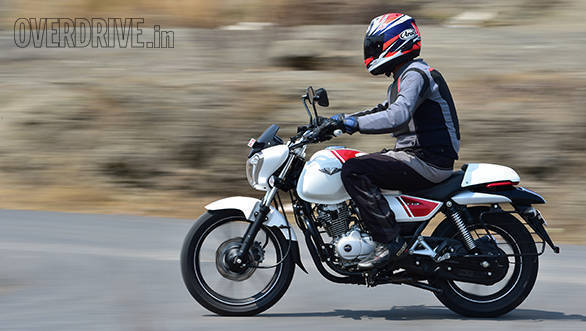 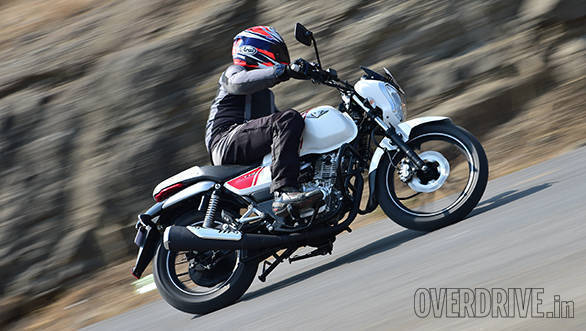 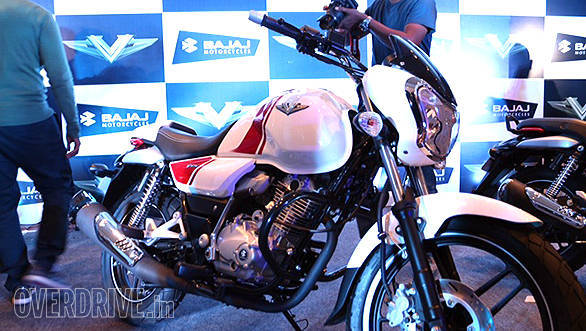 The V uses a styling package that Bajaj says is about strength and invincibility. It articulates this with a powerful looking tank, 33mm front forks (thicker than the segment's norm) and a silhouette that's halfway between a cruiser and a cafe racer 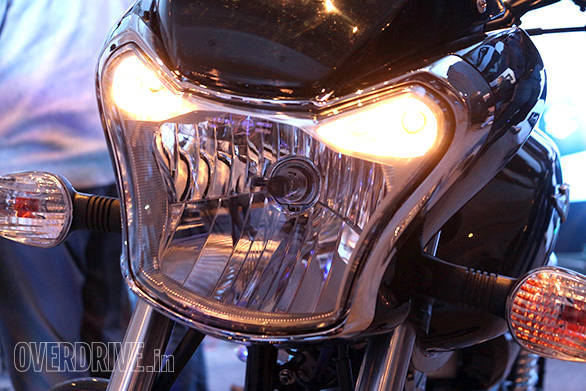 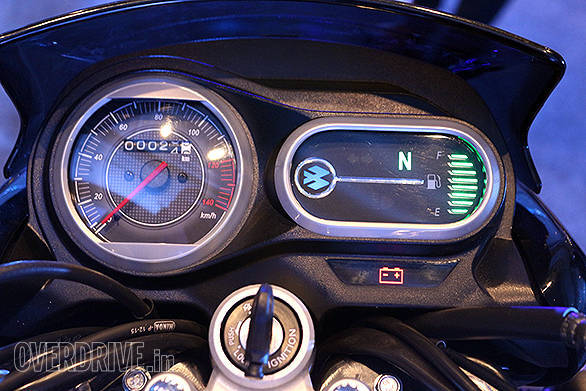 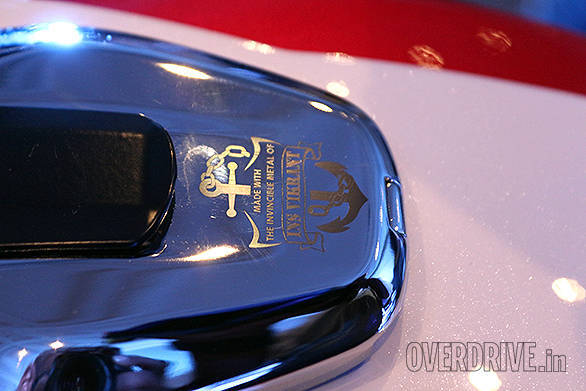 The V created quite the buzz by announcing that Bajaj Auto had acquired the metal from the scrapped INS Vikrant and used that in the making of the V. A logo making sure this patriotic streak doesn't escape you is on the fuel tank cap of each Bajaj V 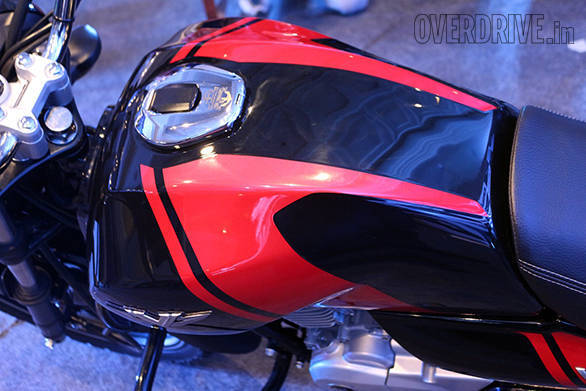 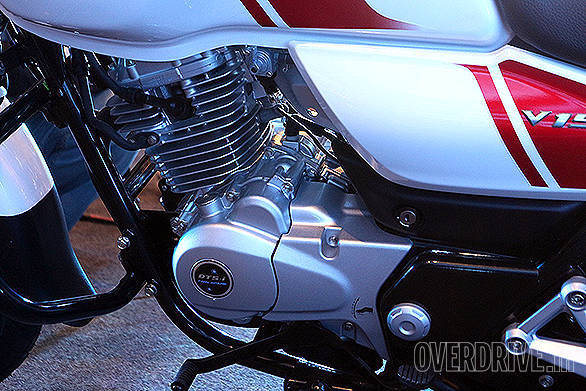 The V15 uses a completely new 149.5cc engine, Bajaj's first undersquare (bore is less than stroke) engine in ages. The engine is tuned for low-down torque and peak power is 12PS at 7,500rpm 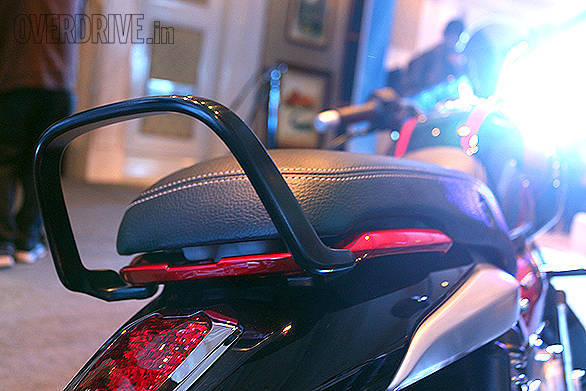 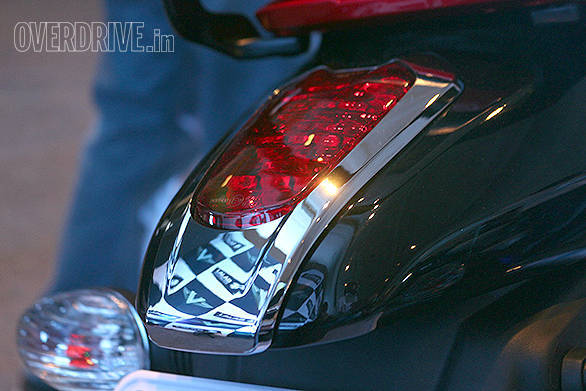 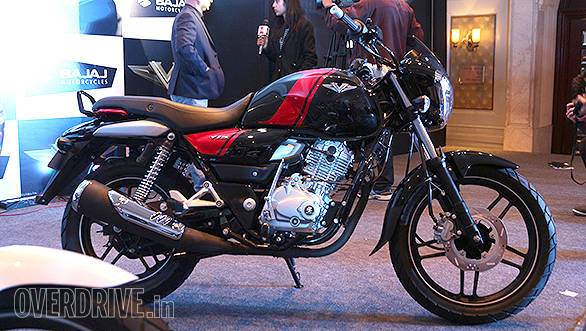 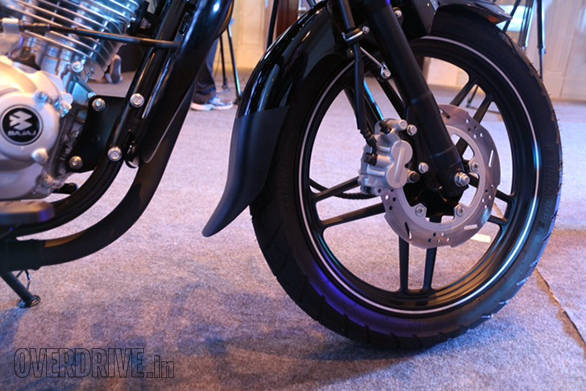 The front wheel is an 18-inch rim wearing a 130-section tyre. The bikes at the launch wore Eurogrip tyres but Bajaj officials said there are two suppliers - the other one is MRF 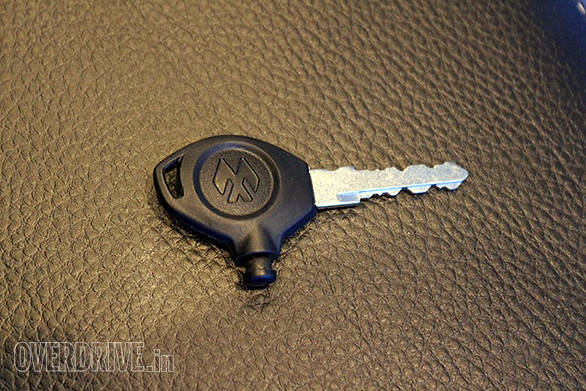 The Bajaj V15 prices have not been announced. Exact prices will come later but prices will be between Rs 60,000 and Rs 65,000. Production starts February, and deliveries should start by March, 2016.