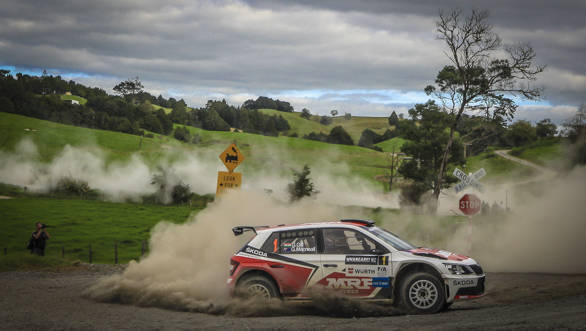 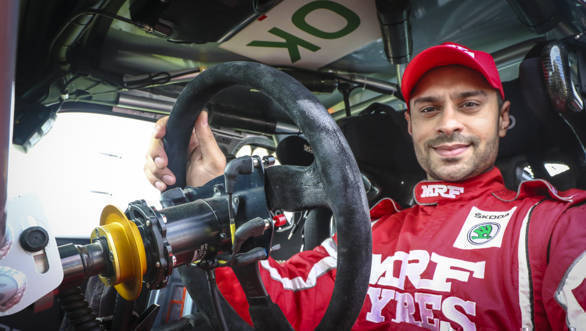 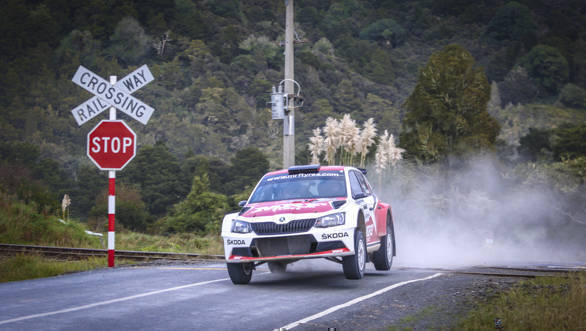 This means that Gill, at this early stage in the APRC, is at the head of the championship standings 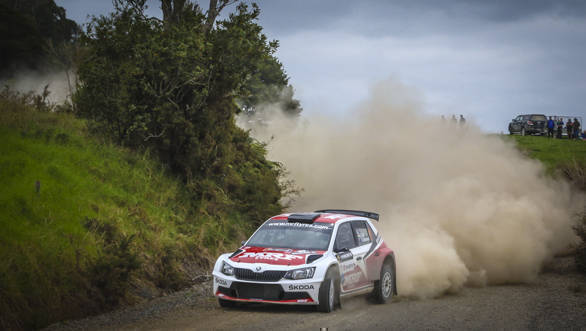 The win didn't come easy, though. Tyre wear and a puncture on Day 1 meant that Gill lost his 41 second lead at the event to his team-mate 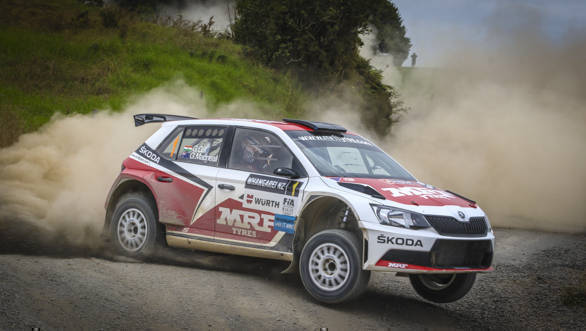 But he made a terrific recovery on Day 2, and overcame the 4.6 second overnight lead that Fabian Kreim had over him. Nifty driving like this is how he did it 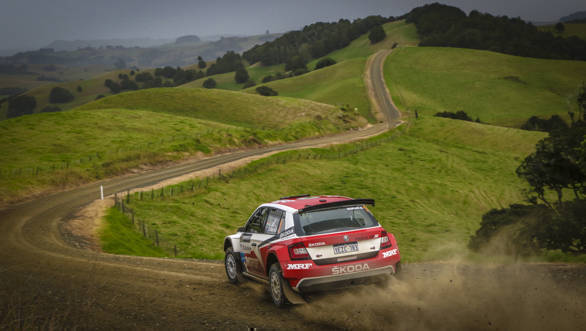 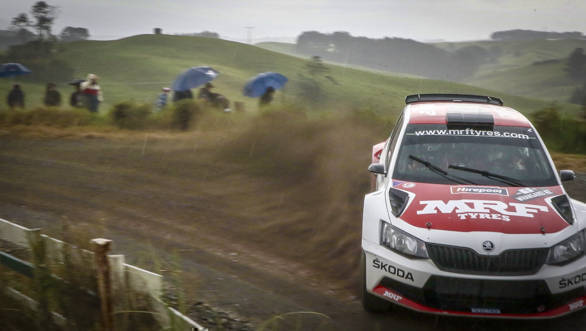 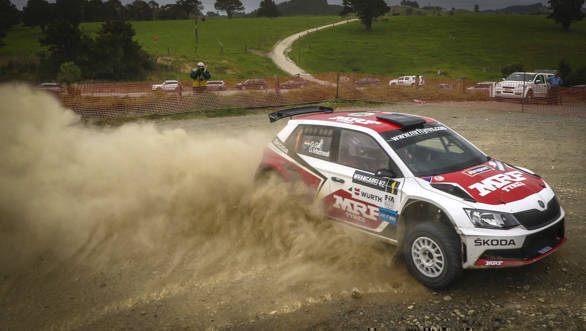 It was Gill's second win at Rally Whangarei, having last won here in 2014 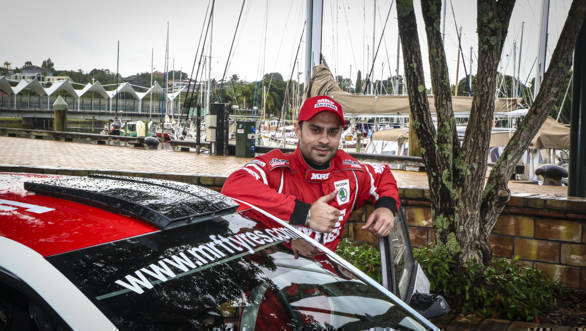 In all, this is Gill's ninth APRC win 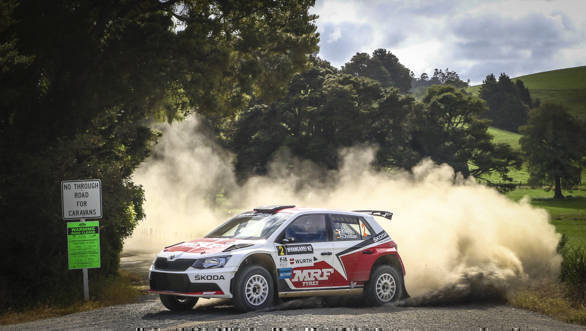 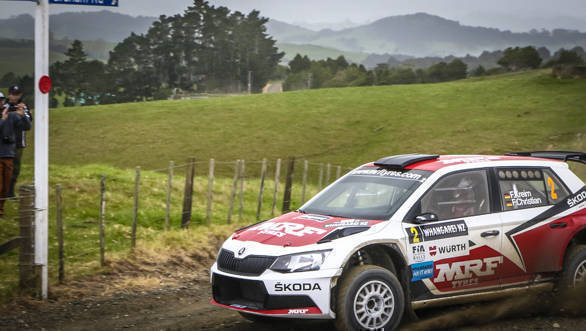 Kreim, for his part, was happy to score points on his APRC debut 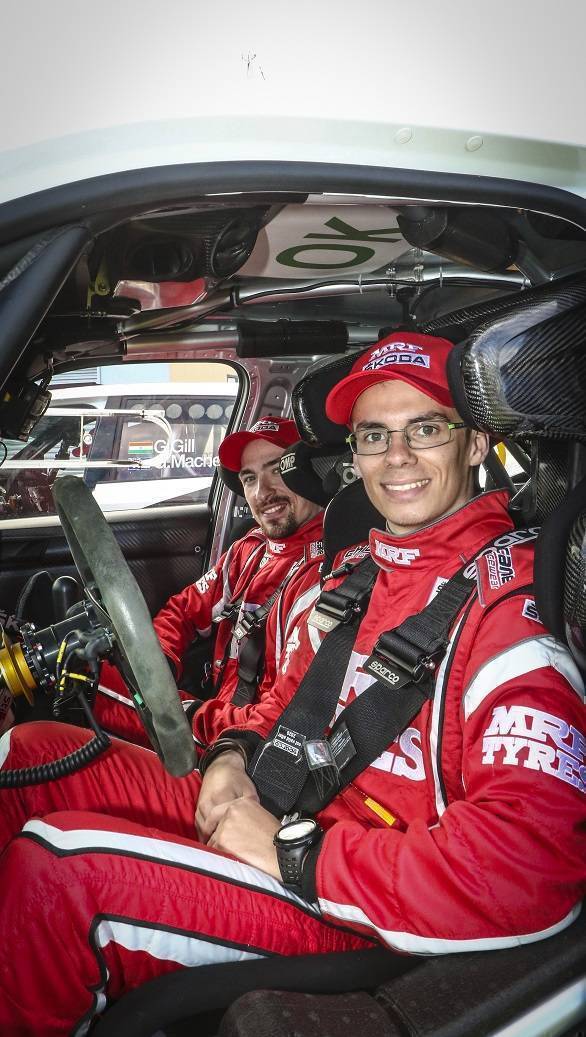 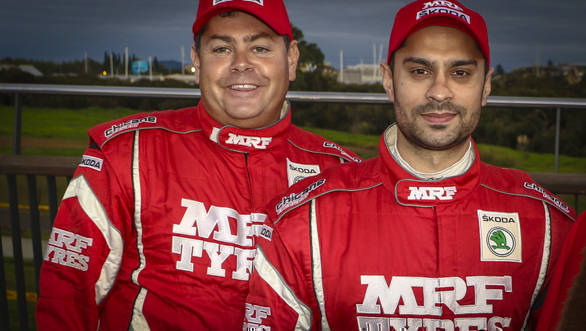 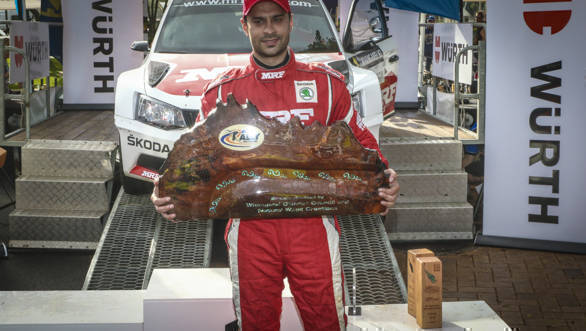 The ninth APRC trophy that Gill is able to lug home. A little big for the mantel though! 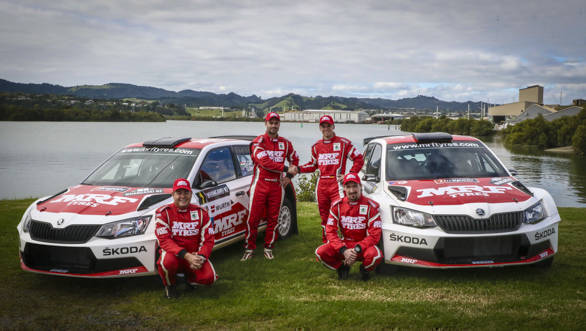 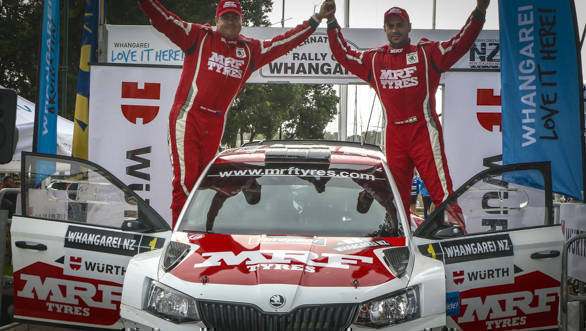 Post-victory rally celebrations. And what a win it was! 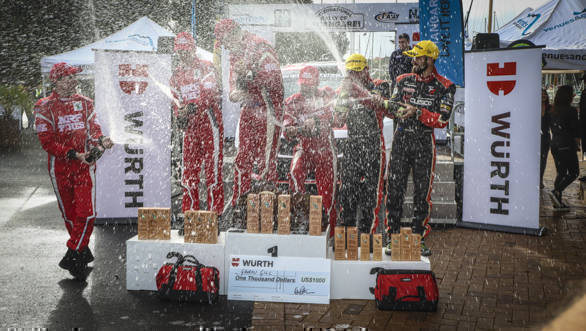 Champagne being sprayed on Team Red 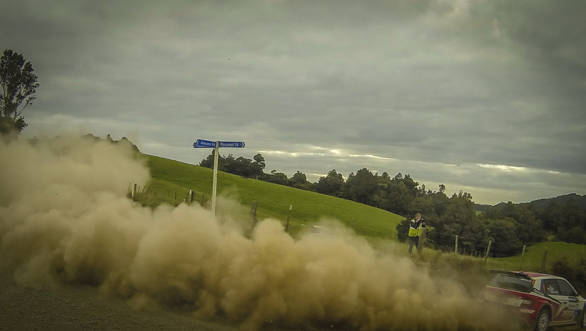 And with a blaze of dust, it's on to the next round of the APRC soon!