The Mahindra KUV100 has been launched at Rs 4.42 lakh, ex-Pune. This small SUV comes with a new range of three-cylinder mFalcon engines developed by Mahindra. The 1.2-litre turbo diesel unit makes 77PS of power and 190Nm of torque while the petrol variant puts out 82PS of power and 115Nm of torque between 3500 and 3600rpm. Both engines are mated to a 5-speed manual transmission. The all-aluminium, fuel-injected motor offers dual-variable valve timing for the intake and exhaust. Mahindra says that the unit is very light, with less friction because it uses three cylinders instead of the conventional four. Read our first drive report here 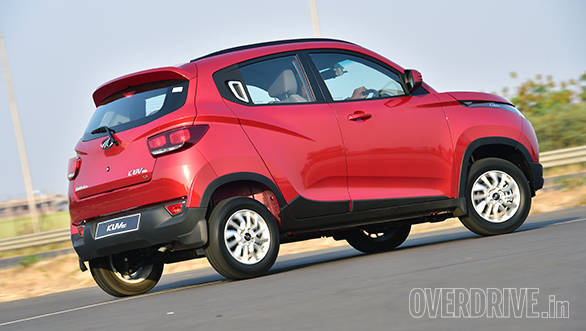 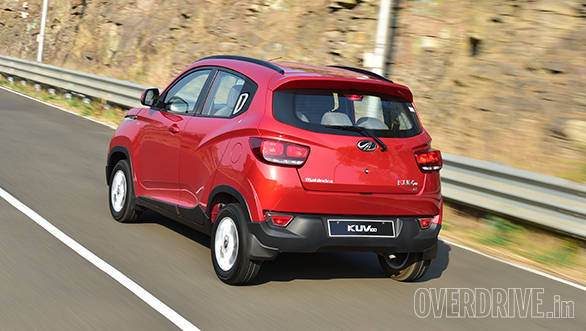 Rear end is more hatchback than SUV. Rear haunch is prominent from this angle 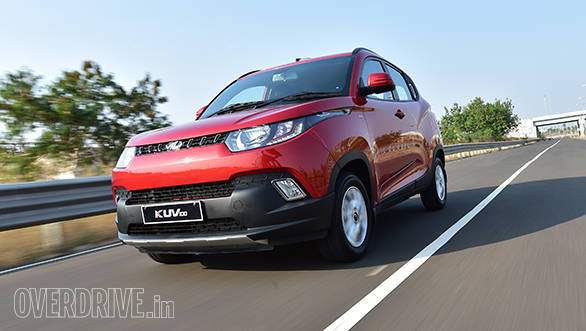 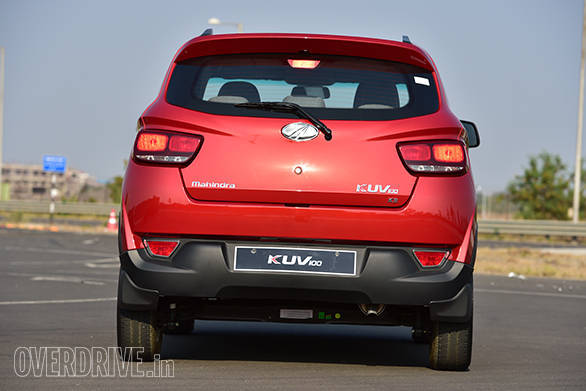 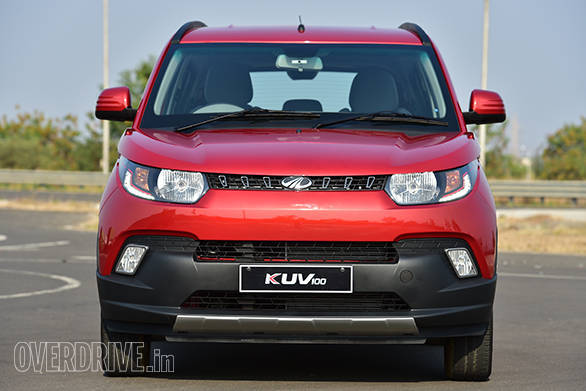 Clamshell bonnet, wraparound lamps with LED DRLs and a dual-tone bumper gives the KUV 100 a lot of presence 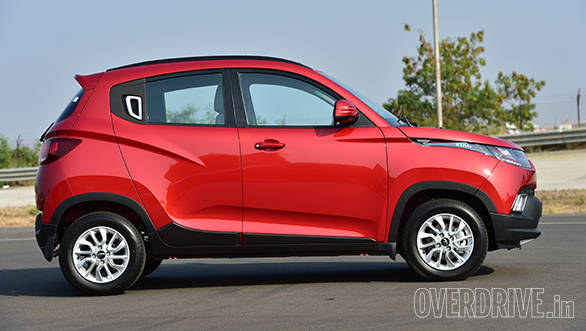 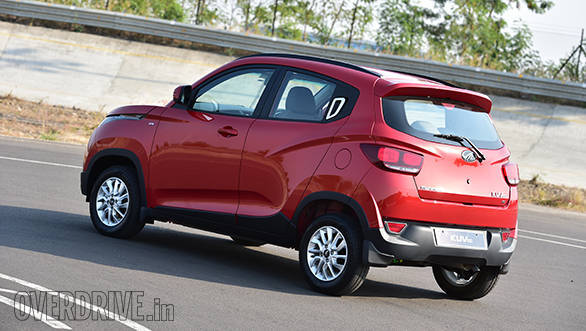 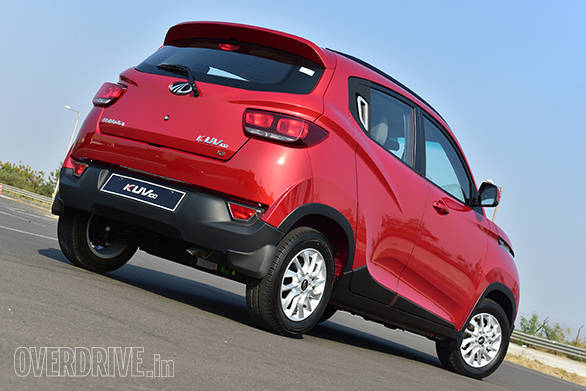 The integrated rear spoiler is offered standard across all variants. Note rectangular detailing in the taillamps 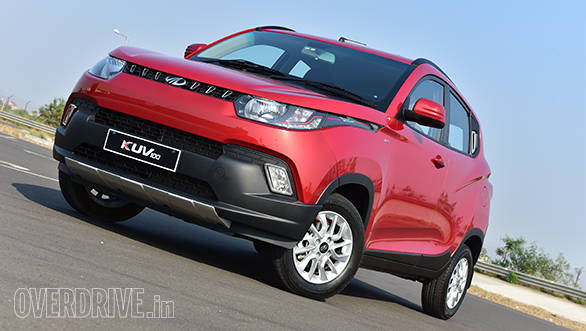 LED DRLs are offered only in the top end K8 trim 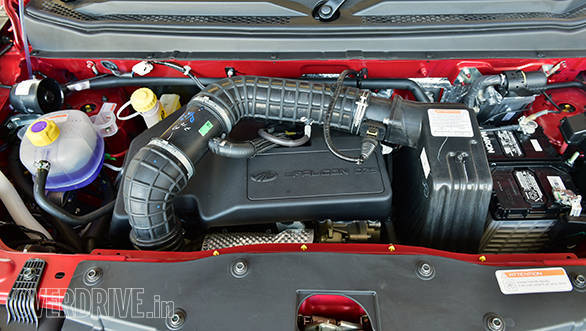 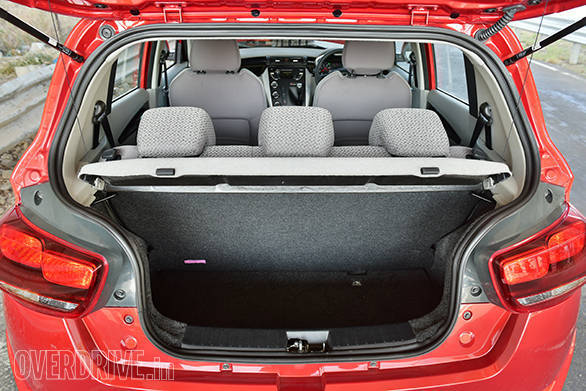 Boot space of 243-litres is more than most budget hatchbacks. The seats tumble to offer a total of 473-litres 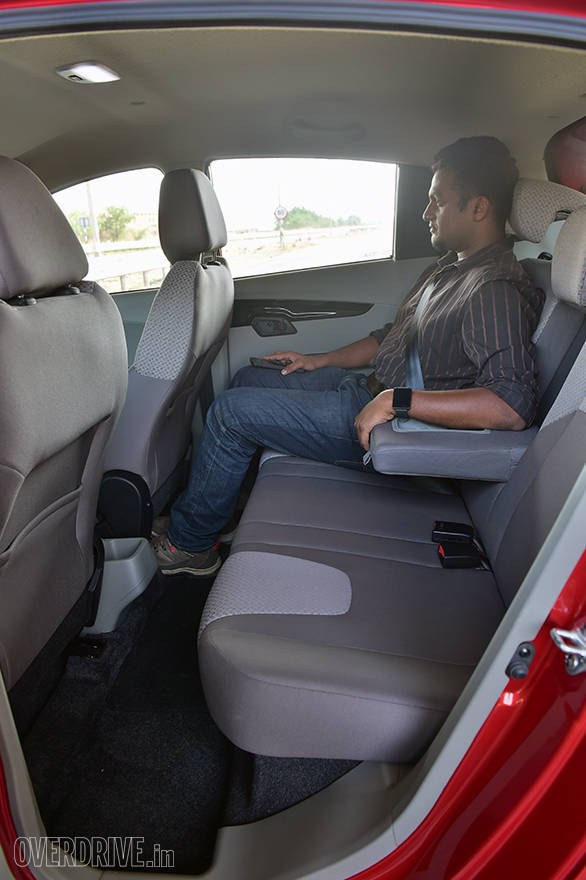 The KUV 100's rear kneeroom and headroom is a plus point. Note armrest with cupholders 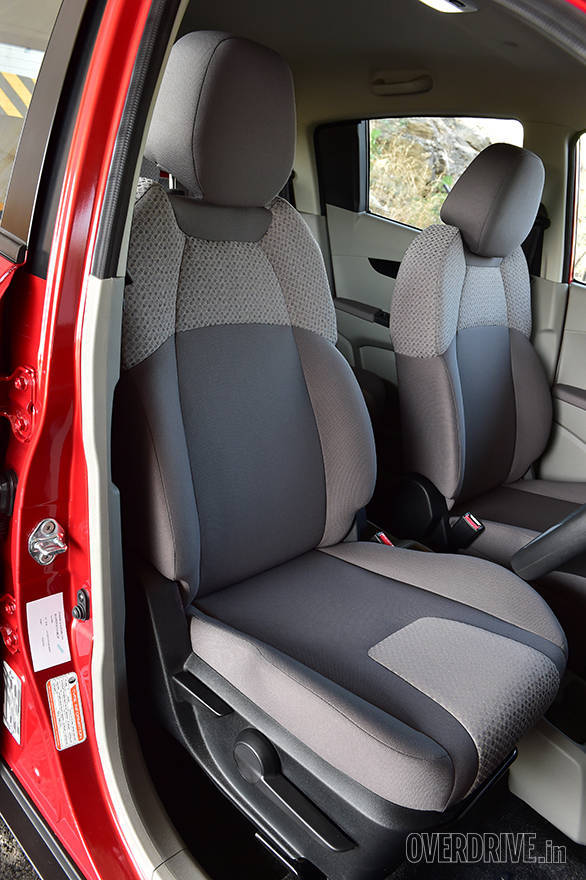 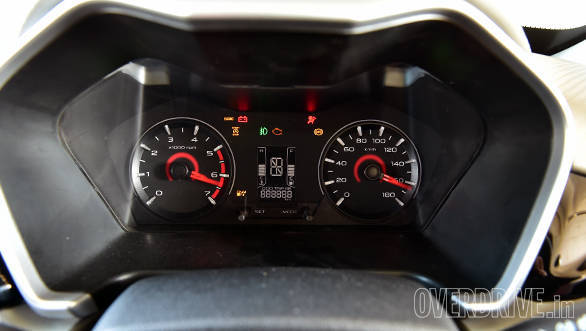 Twin-pod cluster is clean and easy to read 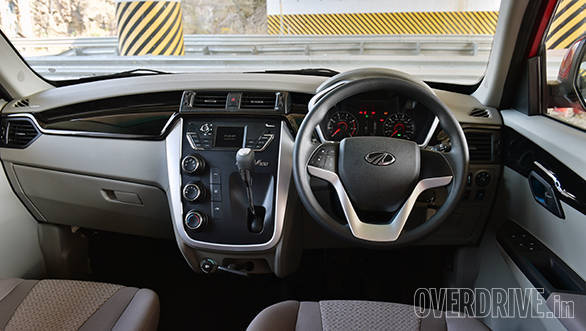 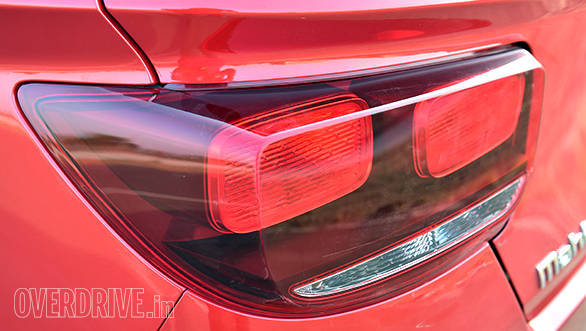 The protruding taillamp stands out and features rectangular detailing 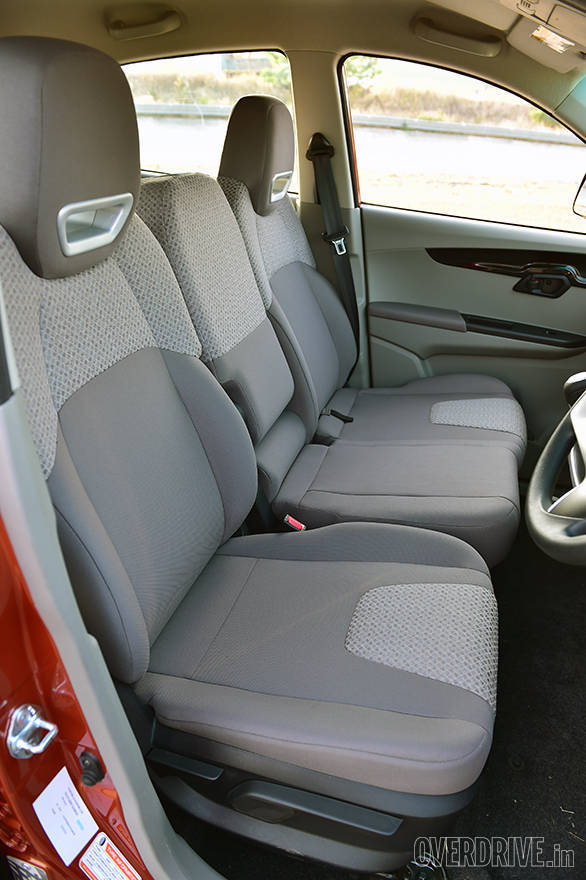 The 6-seater KUV 100 features seats with integrated headrests and a foldable centre seat in the front. There's also under seat storage that houses a 10-litre basket (front passenger seat)

More from OVERDRIVE on the Mahindra KUV100