2015 is the year of the cat and Jaguar is making the most of it. First there's the new F-Pace and XE crossover and now this, the reworked XF. Jaguar has started from the ground up and worked on the chassis which is 11 per cent lighter than the outgoing car. Expectedly the car uses an aluminium intensive architecture and Jaguar claims that the car will be about 200kg lighter than before. Present customers have requested more space so Jaguar has extended the wheelbase by 51mm to liberate room in the cabin. Despite this, the car is actually slightly shorter than before, by 7mm thanks to shorter overhangs. This has not affected boot space either which is a liberal 540 litres. In addition, the car sits 3mm lower. 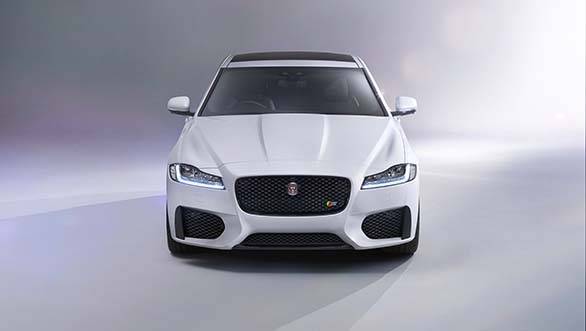 In terms of design, the car is quite similar to the current XF but there are quite a few differences. While the kinks and lines on the hood will continue, the shoulder line is now stronger than before and divides the car distinctly. The glass area is also larger, giving the car a more airy feel. The tail lamp is also much slimmer and takes cues from the F-Type. Earlier Jags featured just the leaping cat motif on the boot but now the word Jaguar will be spelled out beneath it on all cars. Available wheel sizes range from 18 to 20 inches and Jaguar hints that even larger optional wheels may be offered.

On the inside the new steering wheel is again inspired by the F-Type while the fancy rotating air vents on the centre console have been replaced with static ones that now sit above the new 12.3-inch TFT display. The display runs Jaguar's new In Control Touch interface that is claimed to be state of the art and runs off a quad core processor for a seamless experience. We also quite like the new fluted seats that come with double stitching that harks back to the classic Jags of yore. 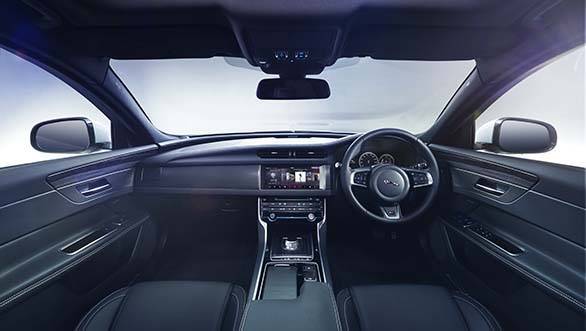 It might be larger and more luxurious but Jaguar firmly believes that the XF is primarily a sports saloon. Which is why a lot of learning from the F-Type has gone into the XF's chassis set-up. Double wishbone suspension up front and an integral link rear are standard but Jaguar will also offer two options in terms of damping - passive and adaptive dampers. All-wheel drive will also be available. 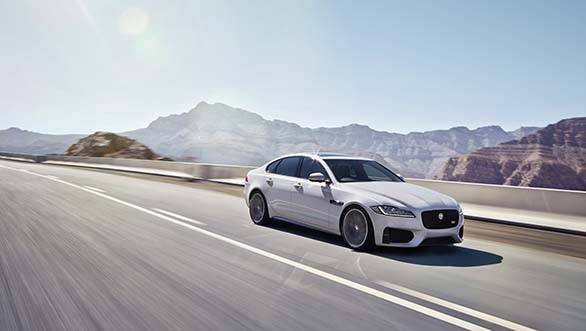 Jaguar will offer the XF with a range of engine choices, six in total. Diesel duties will be handled by the new 2-litre Ingenium engine which comes in 163PS and 180PS tunes. There's also a 300PS twin turbo V6 on offer for those looking for more grunt. Petrol power comes from a 240PS 2.0-litre four-cylinder while enthusiasts can opt for a 3.0-litre supercharged V6 from the F-Type. Like the sportscar, this engine is available in 340 and 380PS versions. 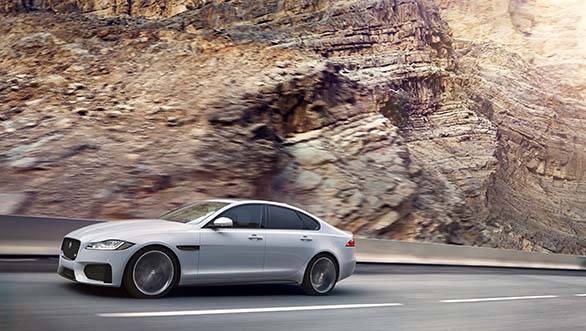 Expect it to come to India later this year or in early 2016.