The Suzuki Motor Corporation has taken the wraps off the new Swift, at a special presentation in Japan. The third-generation Swift gets a bold new design and new interiors, keeping in line with its sporty appeal. The designers had a challenging task of revising the exterior design, whilst sticking to the basic silhouette of the Swift that has been its identity for years. The new projector headlamps, with LED DRLs, are sleeker than the previous-generation Swift and the large, Audi-like hexagonal grille lends the car a bold new face. 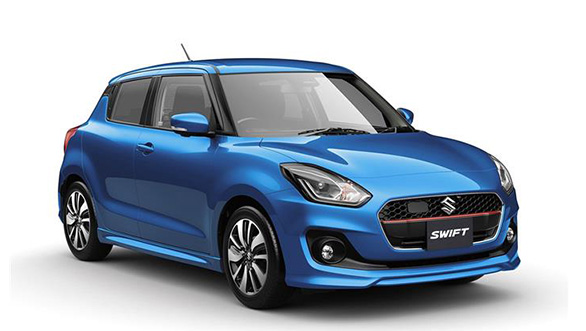 The roof line is reminiscent of the previous-generation Swift, and Suzuki has chosen to retain the blacked-out A-pillar, another characteristic trait of the Swift. The C-pillar houses the rear door handle, a-la the Chevrolet Beat and is also blacked out, giving the new Swift a floating roof appearance. The new alloy wheels look great and appear to be the diamond-cut type that's gaining popularity these days.

The rear end appears broader than before, with neatly integrated lights, which again underlines the sportiness of the new Swift. Also note the prominent crease line across the tailgate and the reverse camera, positioned just below the Suzuki logo. The rear fog lamp is placed in the centre of the bumper, just like in the previous Swift. 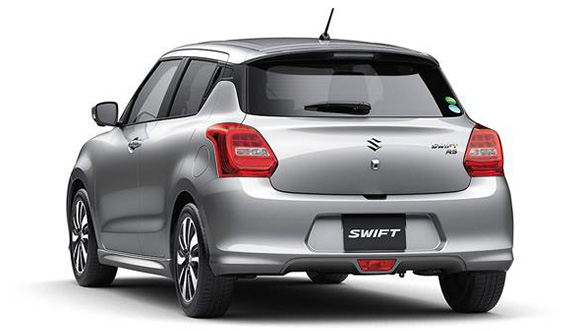 The new Swift rides on the platform that also underpins the Baleno. This means significant weight savings over the previous-generation Swift. It's also said that the Swift may weigh less than the Baleno. 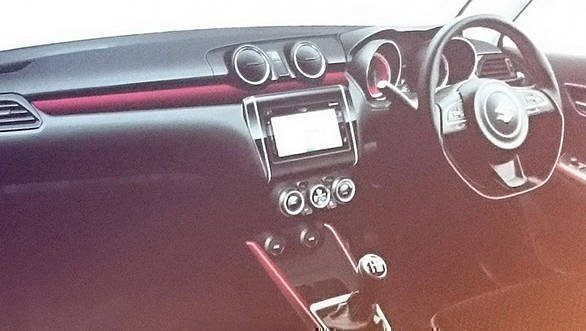 The interiors of the new Swift are also in line with the sporty theme of the car. The flat-bottomed steering wheel is new and so is the twin-pod instrument cluster. There are colour coordinated accents across the dashboard and centre console, and it also gets a touchscreen infotainment system that's similar to what you find in the Baleno or Ciaz. The system will feature Apple CarPlay as well as Android Auto. Note the barrel-shaped covers for the 12V charging socket and the USB/AUX ports below the controls for the aircon.

What's left to be seen is the price and positioning of the Swift in relation to the Baleno and the upcoming Ignis. We expect Maruti-Suzuki to price the car in the Rs 5-8 lakh bracket. Maruti Suzuki is expected to launch the new Swift hatchback in 2018. This is because the all-new Swift Dzire, based on the new Swift, will debut in India in 2017. Stay tuned for all updates.

Preview: All-new Swift to arrive in 2017