Renault's Romanian subsidiary has released official images of the new Dacia Duster (Renault Duster in India). Dacia will be unveiling the new Duster at the 2017 Frankfurt Motor Show that will begin from September 14. 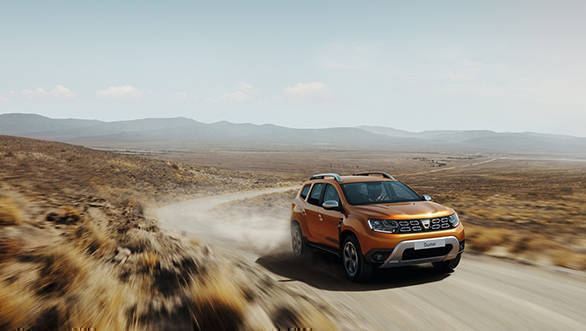 The new Dacia Duster has received significant design updates, that make it look bulkier and more rugged. The headlamps appear sleeker and still retain the three-section design, and also feature integrated LED DRLs. The radiator grille has a new pattern with chrome inserts, and has also been widened to give the front of the Duster a broader look. The bumper is slightly redesigned too and is dominated by a more larger skid plate. The bonnet gets two well-contoured character lines, giving a butch profile to the whole front fascia.

The sides are characterised by a higher belt line while the wheel arches are larger and feature a black plastic trim behind the front arch. Dacia has also given the Duster new 17-inch wheels which look a lot cooler than before. The windshield has been moved 100mm forward and has a steeper rake. Dacia says that this has made the cabin roomier whilst imparting a sleeker side-profile. 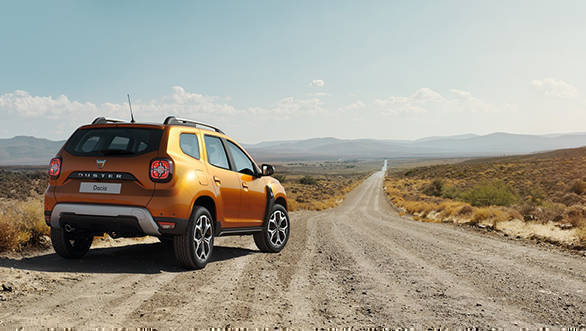 The rear gets a bunch of changes too, like a new tailgate and bumpers while the tail-lamps are now square-shaped and have been moved outwards. The rear skid plate, like the front one, has also grown in size and now extends upward almost to the boot opening.

The Dacia Duster's weight of 1,160kg for the 4x2 and 1,250kg for the 4x4 makes it fairly lightweight for its size and capabilities (for reference, the Indian VW Polo diesel weighs 1,148kg), which should add to agility. The ground clearance has gone up by 5mm to 210mm and both front and rear overhangs have been shortened as well.

The interior too gets some updates like a new steering wheel and isntrument cluster, while the centre console has been revamped too. 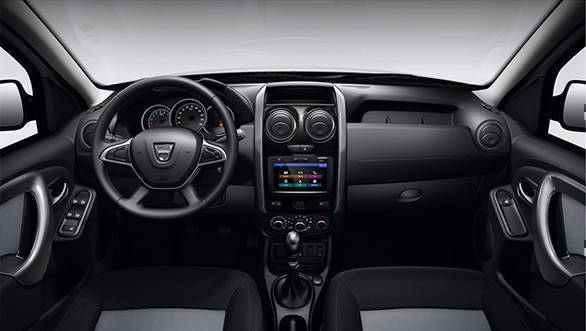 The interior gets a couple of updates like a new steering wheel, and a slightly revamped centre console

The powertrain offered in European markets will remain the same as the previous models -- 1.2-litre and 2.0-litre petrols and a 1.5-litre diesel. The AWD system has been retained too. 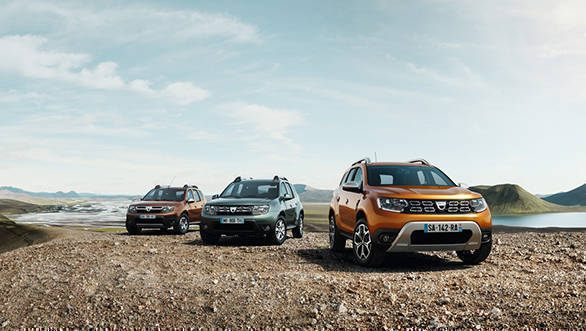 The evolution of the Dacia Duster

The new Duster is expected to be launched in Europe by the end of this year. Renault is also going to launch the Captur which is based on the Duster's platform in India. With the face-lifted Duster most likely to come in at a later stage, Renault will have a refreshed SUV line-up for India.