Datsun have just revealed a new product based on the Go+ MPV platform called the Go-Cross. This crossover is targeted, like the rest of the product portfolio, at global markets. Undoubtedly, given the Indian customer's affinity for crossovers, the Go-Cross will make its way here as well. 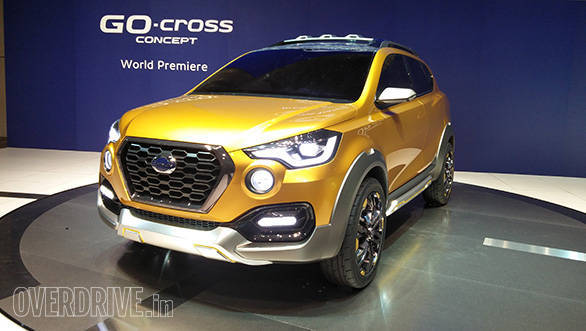 Specification details haven't been revealed as yet but according to Datsun design head, Koji Nagano, the crossover can be modified to cater to various market requirements. That only means it can be shortened to benefit from the sub 4-metre duty cuts prevalent in India. 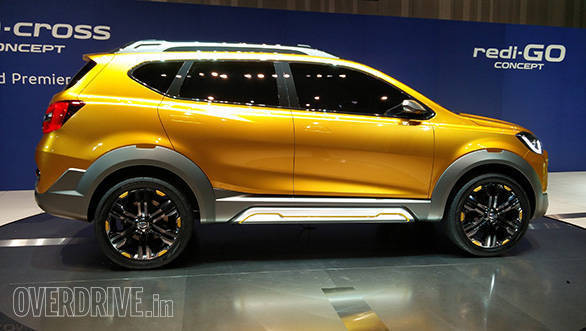 However, the bigger news is that the Go-Cross will aim to raise the Datsun brand above the extremely affordable price profile the rest of the products exist in. While the concept does look almost production ready, there may be a few bits that will not see the light of day such as the wing mirrors, the large wheels and tyres and other ornamental bits that adorn concepts. Expect the rest of the design attributes to stick around to give it a sense of premiumness and presence. 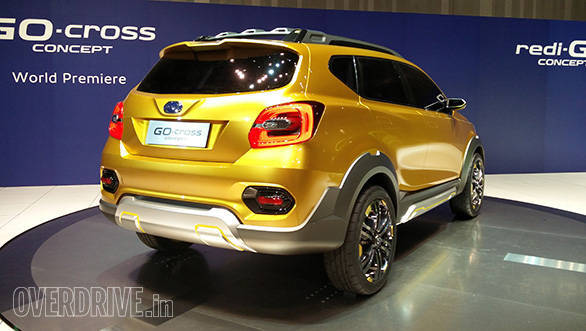 On being questioned if the Go-Cross would warrant a new engine family, Vincent Cobee who heads Datsun did mention that diesel may not be a priority but there may definitely be a new engine in the works. He also mentioned that existing power trains will continue to be used though states of tune may vary befitting the objectives of a crossover. 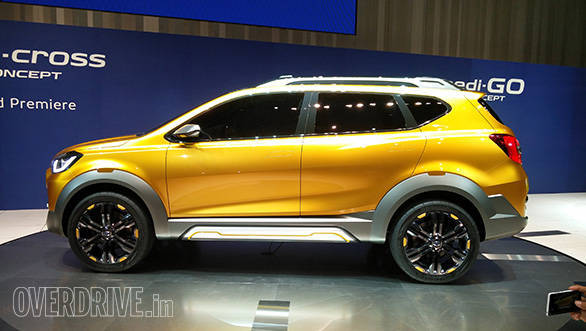 Reiterating the fact that the Go-Cross would not be clubbed as a cheap and affordable product, Vincent also added that "Datsun does not build cheap cars, Datsun builds cars for people willing to spend a year or two worth of disposable income on them". Given that a target audience could stretch from Indonesia to Russia, South Africa and even parts of Europe, we expect to see fairly upmarket interiors as well. 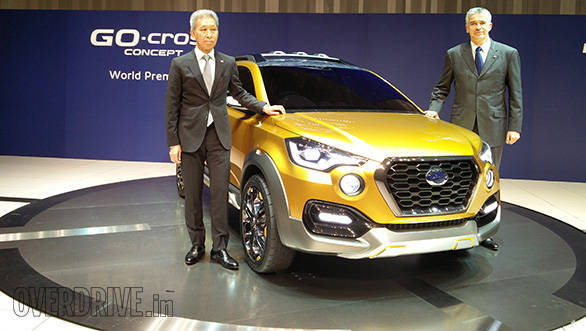 Given also the fact that the production capacity lies grossly under utilised at The Renault-Nissan Alliance plant in Chennai, exports will be another area of focus if the Go-Cross is brought to India. 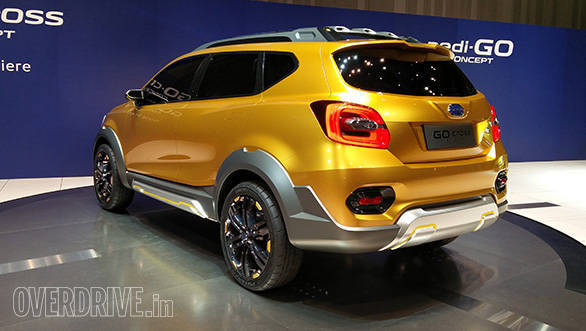 A big question on everyone's lips will also be safety. Datsun products, especially the Go and the Go+ have suffered a poor reputation where safety is concerned. Expectations that the new Go-Cross will have adequate safety standards in line with global requirements will be high. However, until a production version is revealed along with more details on specifications and features by Datsun, we have no comment.

For more stories from the 2015 Tokyo Motor Show, click here.