India may get the world's first Start-Stop system for bikes

So far only cars have the Start-Stop technology. But soon the Indian two-wheeler riders will be able to use this fuel saving technology.

TE Connectivity India has told the Auto Monitor that its negotiations with a leading multinational are in an advanced stage, and if all goes well the technology will be introduced in the Indian market in the next few months. 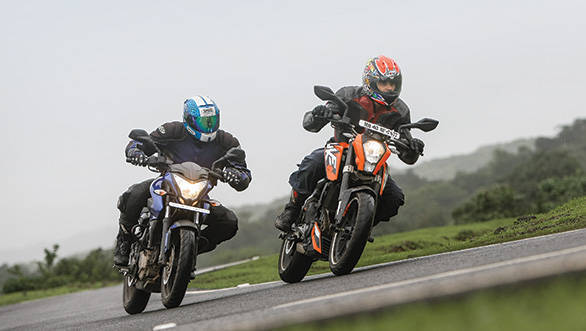 The Tier-II company, which has been supplying solutions of Start-Stop tech to car manufactures, will be supplying connectors and sensor cables to the Switzerland-based over $13 billion multinational component maker.

Director of TE Connectivity India S Vishwanath said, "We cannot disclose the detail of our customer right now, but we are working with a Tier-1 supplier for designing components for Start-Stop for two-wheelers in India. The tier1 is a multinational company and we are in an advance stage of discussion. If everything goes well, in a few months we will see it in the market.  Initially it will be retrofitted.  We are in the design stage and will start the supply in the next three months. But I think it is just a question of time. I hope very soon even the two-wheeler OEMs will take it up."

Some of the leading customers of TE Connectivity's Start-Stop tech include German OEMs such as BMW, Audi and Mercedes. While the technology will be more adaptable to the gearless scooter/two-wheeler rather than motorbikes, the Tier-1 company in question is said to be putting more thrust on the motorbike segment because of its sheer market volume.

In the geared two-wheelers, the Start-Stop function can work only in neutral. The sensor will not function in a geared position since it cannot start without pressing of clutch.

Although it is initially being launched in the aftermarket, but some of the OEMs have already shown interest. So far, there is no such system available for two-wheelers anywhere in the world. The Start-Stop technology is very popular in cars in the European markets and almost all of them have this option. It is, however, yet to take off in India due to the cost involved. This system will have higher acceptability among the Indian two-wheeler owners because of their known obsession over fuel-efficiency. But while the technology improves the fuel-efficiency, the pricing will be the key.

According to TE Connectivity, the pricing of the system should be fixed keeping in mind the mass segment bike-owners (starting 100cc). On the other hand, the increasing price of fuel will also encourage the bikers to make a one-time investment to reduce the overall operating cost of the vehicle.

"It works very well with automatic transmission, but for a gear transmission it has to be in the neutral position. The system will be more adoptable for gearless scooters. The OEMs are also showing interest in it. This would be probably the first time that a StartStop option for two-wheelers will be available," S Vishwanath said.