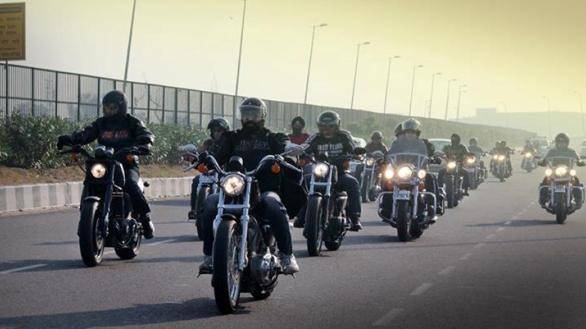 Harley-Davidson accomplished yet another milestone when H.O.G. (Harley Owners Group) members across the globe came together for the 'World Ride'. Organized between June 23rd and 24thJune, H.O.G. members set a personal record of covering 13 million kms in a matter of 48 hours. At the completion of the ride, a certificate of participation was shared with each rider, with the mileage total for the day on it.

Harley owners from all across India came together to ride on this occasion, and covered a total of 500,000 kms. Saurin Shan from Nine Bridges Harley-Davidson, Ahmedabad rode 1,500 kms in 48 hours and stamped his authority over the "mile muncher" honour.

"We rode to Kanha National Park, enjoying the light pre-monsoon showers as we played our role in the World Ride. The sense of being part of a global event was surreal; words cannot describe the kind of experience it is to ride with fellow H.O.G," said Shan.

Mr Ricken Desai from Banjara Harley-Davidson, Hyderabad rode 6000Kms cumulatively with his fellow H.O.Gs. They plan to continue their journey and pile on more kilometres over 2013.

"He rides hard and fast into the sun-set, for him it's the journey not the destination that matters. For us H.O.G is a way of life, we saddle our machines as often as we can, not to escape the concrete jungle but to explore the unexplored and live life on the open roads for as long as we can," said Desai.

Launched in 2008, Million Mile Monday has been an annual event on the last Monday of June that brings together Harley riders in an effort to celebrate the motorcycle riding experience. In 2012, Million Mile Monday was expanded into a two-day World Ride on Sunday and Monday (last week of June) to give more riders worldwide an opportunity to participate, and experience of riding in unison around the world.