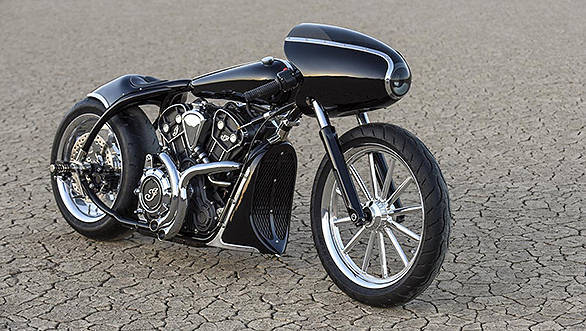 Indian Motorcycle recently unveiled their fully custom Black Bullet Scout which was made with the sole purpose of hitting the Bonneville Salt Flats. It was designed by Jeb Scolman, the man who built the famed Spirit of Munro in 2014 to celebrate the launch of Indian's Thunder Stroke 111 engine. He was handed a 1200cc Indian Scout engine and given full creative freedom to build the rest of the bike. Drawing inspiration from the 50s and 60s, he designed a bike that silhouettes the motorcycles that took to breaking land speed records and drag racing. 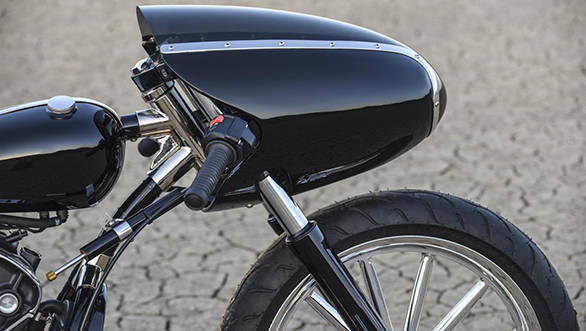 With the post-war race cars using aeroplane drop tanks as bodies, the motorcycles received nose cones for better aerodynamics. Similarly, the Black Bullet Scout features a bullet fairing holding the headlight, mounted to the forks. The rest of the sensationally simple all-metal body is tightly wrapped around the engine with clip-ons and footrests mounted to the rear axle, all designed to make this bike as streamlined as possible. Jeb Scolman didn't miss a single detail while building this bike and even customised the intake manifold to turn the throttle body to ensure a more tightly packed engine.

The Black Bullet Scout will be on display in Strugis between July 31 and August 8. This motorcycle will fulfil its purpose and hit the Bonneville Salt Flats eventually just like the previous Indian Scouts. 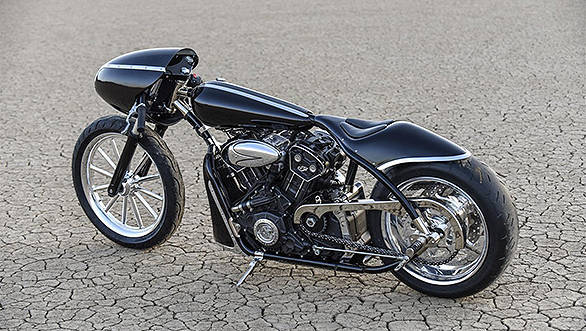