Satish Gopalkrishnan and Savera D'Souza won the second round of the 2014 FMSCI Indian National TSD Rally Championship in Jaipur. This marked the second victory for the former national champions following their victory in Chikmagalur earlier in the month. Srikanth G Murthy and M Chandrashekar of team Tata Motors took the second place on the podium, followed by last year's champions K.P Karthik Maruthi and Sankar Anand. 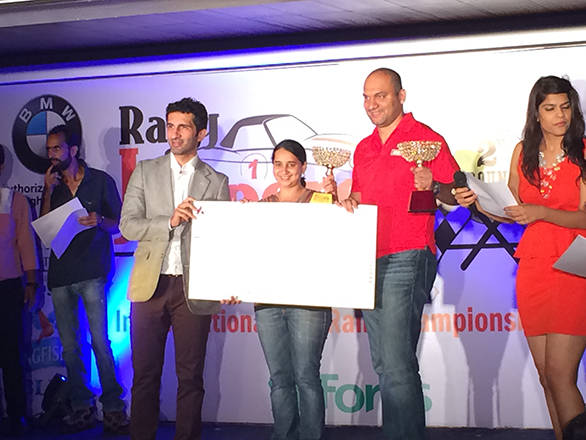 The Stock class was won by Chidananda Murthy and B.S Sujith Kumar who will be looking to win their third straight national title. Joining them on the podium were Saurav Chatterjee and Ashoke Kumar Basu who finished second this time around and B.V Ravindra Kumar and M Kumar who finished in third.  In the all- ladies Pro Stock class, Cheshta Sood and Deepali Gupta of Dune Adventures took the top spot while Minaxi Purohit and Nupur Jangu finished in second, followed by Vaneeta Kang and Poonam Das.

The next round of the nine-round championship will be held in Bangalore on August 16-17.