The Delhi High Court has barred Audi India from selling TT-branded merchandise in the country. The ban comes after the court found merit in the case filed by TT innerwear. The appeal, according to which the innerwear brand is well-known in 65 countries since 1964, challenges the trademark registration of the Audi TT Coupe in India along with similarly branded merchandise that Audi sells at its showrooms. TT Industries are also seeking a compensation of Rs 25 lakh for damages. 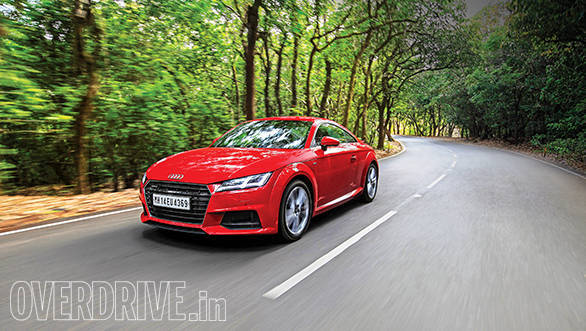 Rikhab Chand Jain, founder of TT, stated, "I'm sure they had no bad intentions, it must have been an honest mistake. But they need to understand that they (and other brands) cannot use the letters TT, either as a suffix or a prefix. They are making leather goods, toys and merchandise out of the TT brand name and that doesn't sit well with us. Our trademark was registered in 1968. We sent a High Court letter to their German and Indian addresses. There has been no response from them till now."

Currently, Audi cannot sell TT branded merchandise here in India unless the court decides to reverse the stay. It is uncertain as of now if Audi can sell the TT Coupe in India or not. An Audi spokesperson refrained from commenting on the subject stating that the matter is now in the court. According to reports, Audi India has time till November 1 to respond to TT Industries.

More from OVERDRIVE on the Audi TT in India: