The fourth round of the 2019 INRC was held in Bangalore last weekend, Nov 22-24. Over 50 entrants took part in the K-1000 rally, as this event is also called. The first day of the challenging rally saw quite a few crashes and breakdowns. 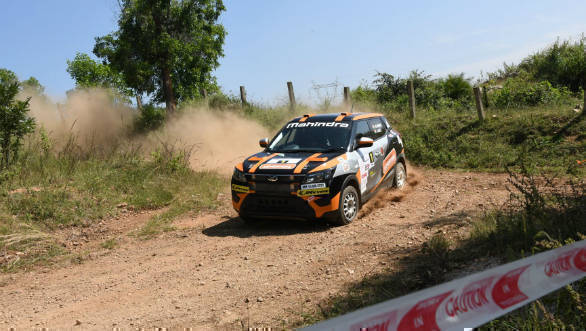 In the top-tier INRC class, JK Tyre Motorsport and Mahindra Racing's Gaurav Gill dominated proceedings with co-driver Mus Sherif. The duo won SS1 and SS3, finished fourth in SS2 and third in SS4, handing them a 50 sec lead going into Day 2. Karna Kadur of Arka Motorsport, another JK Tyre affiliate, ended the day in second place by winning SS4. Following him was Dean Mascarenhas of Team champions and JK Tyre, who ended the third overall and in the top spot in INRC2. 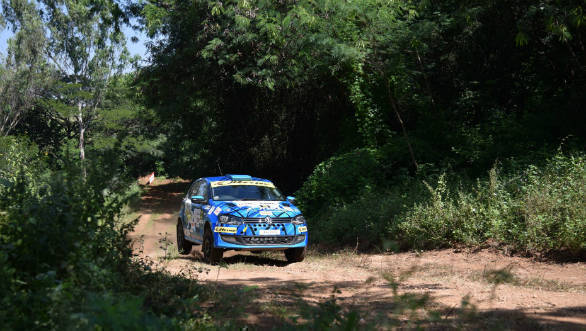 Following Mascarenhas in INRC2 was Dr Bikku Babu/Milen George. He put up a good show with a win in SS2, following this with a second place in SS4. The overall championship and INRC3 lead were held by Fabid Ahmer. He consolidated his position by finishing sixth at the end of day 1. Chetan Shivram (Dilip Sharan) went past Ahmer to lead INRC3 on the opening day.

Day 2 was full of upsets with Gill dropping out due to mechanical failure even before proceedings could begin. Another major retirement was that of Mascarenhas, who won SS5 but was then forced to retire. Shivram/Sharan of Akshara were able to capitalize on this situation by easing through the first stages of the day and then going hard in the final stage. This let them win the round overall and in the INRC3 category with a 1h 47m 37.3s overall time. Following 12s behind them were Babu/George (Team Champions) who followed a similar strategy to take the INRC2 title and second place overall. Shivram/Sharan and Babu/George had started Day 2 at fifth and fourth respectively. Mujeeb Rahman/Gautham CP took the INRC4 Trophy. The next INRC event, according to the calendar, is to be the Rally of Chikmagalur to be held between 13-15 December. But it remains to be seen if the Kochi Rally, postponed due to legal issues, will take place on the proposed dates of 19-21 December.