Indian rally driver Gaurav Gill has been granted bail by the Jodhpur Court. This, after Gill was booked under Section 304A, following the tragic accident at the 2019 Rally of Jodhpur.

The Jodhpur Rally, the third round of the 2019 Indian National Rally Championship season, had to be abandoned early on, following the incident in which Gill's Mahindra XUV300 made contact with three people on a motorcycle who had forcibly entered the live rally stage. All three people - two adults and one minor - lost their lives. 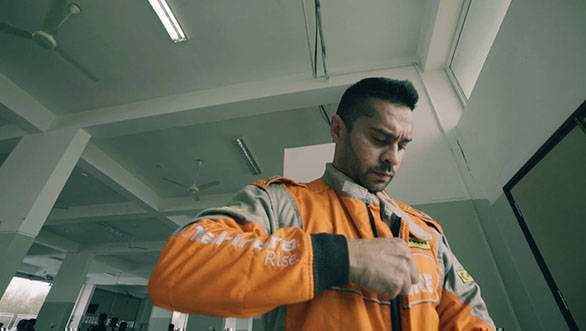 A statement issued by Gill's spokesperson declared that Gill "appeared before the Court of Additional Chief Judicial Magistrate- Siwana, Jodhpur and the learned court on considering the totality of facts and circumstances granted him bail pending trial."

The statement also made it clear that Gill had been extending his full cooperation with the investigation, and had not been absconding, as was reported incorrectly by certain sections of the media. He subsequently made an appearance in court, when requested to do so, on the 19th of October, which is when the investigating team found that the incident was an accident, and not a case of culpable homicide.

While Mahindra Adventure, the team Gill drives for in the INRC, had initially decided to skip the next round of the championship, the Rally of Kochi, they have since reconsidered. The team, along with drivers Gill and Amittrajit Ghosh, have now signed on for the remaining three rounds of the championship. In addition, Mahindra will work with the FMSCI to promote road safety in the country.

INRC 2019: Mahindra Adventure and Gaurav Gill will compete in the remaining rounds of the national rally championship

I am with Gaurav Gill

Freak accident results in death of three at Rally of Jodhpur