Finally, bringing tons of speculations to an end on how the new-generation CBR1000RR would look, Honda has revealed the all-new Fireblade at the Intermot 2016. Honda's flagship offering arrives in production form in 2017 that also happens to mark 25 years of this iconic superbike. The 2017 Fireblade will be offered in three versions - stock, SP and the more aggressive SP2. While Honda has not mentioned anything on the 'regular' version, here are the details on the SP and the SP2. 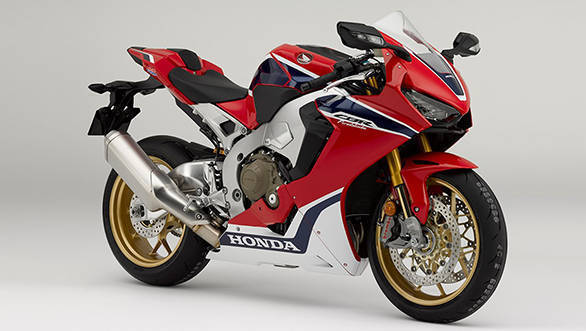 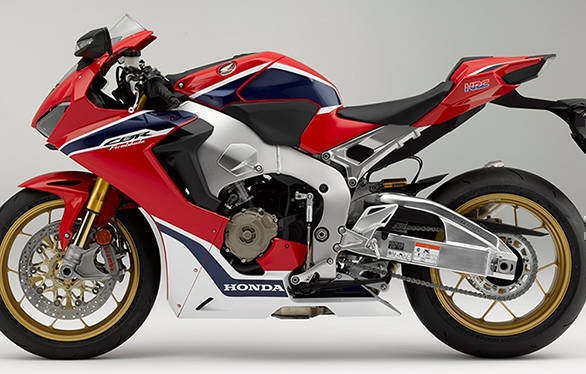 In terms of design, the 2017 Honda Fireblade gets all LED headlights and tail lights. It has become 24mm narrower at the upper part of the fairing, whereas the middle portion has got narrower by 18mm. Also, first for any production motorcycle, the Fireblade gets a titanium fuel tank which weighs 1.3kg lighter than the previous and can hold up to 16 litres of fuel. Honda claims that the lighter tank has improved the handling and the mass centralisation too. The Fireblade runs on 120/70 R17 front and 190/50 R17 rear tyres.

The new Euro-IV compliant 1,000cc motor makes 11PS more (189PS) at 12,500rpm and weighs 2kg lighter than the previous model. The motor also gets new pistons with a new top design along with new cam timing and revised valve which Honda claims makes the motor rev higher and faster than earlier. It also comes equipped with the ride-by-wire shared with the RC213V-S bike. Honda states that the weight of the Fireblade has been brought down with the use of magnesium alloy and reduced length of hoses and bolts. 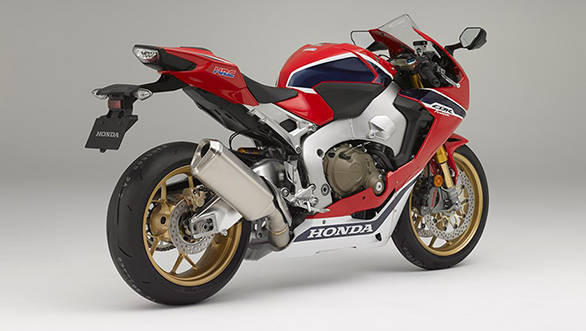 The souped-up Honda CBR1000RR Fireblade SP2 gets launch control, carbon inserts with gold striping, five-level power modes and a pit lane speed limiter. Similar to the Honda's RC213V MotoGP bike, this one too gets an elongated spark plug with a water jacket around the combustion chamber to improve cooling. The Fireblade SP2 will be ridden at the Isle of Man TT in 2017  by John McGuinness. 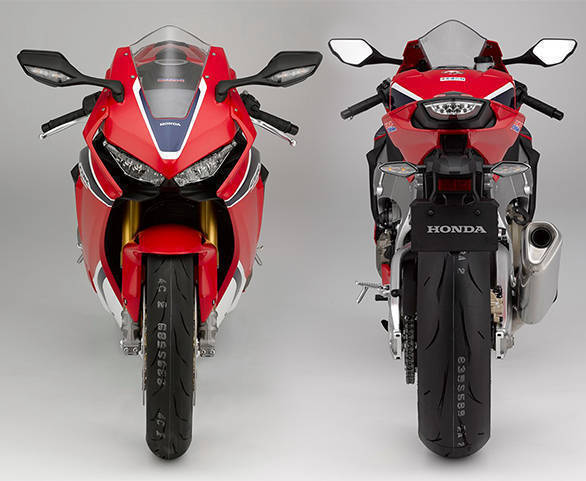 We expect Honda to bring the all-new Honda CBR1000RR Fireblade to India in sometime next year.