After a difficult practise session with engine problems Aditya Patel and his Portugeuse teammate Cesar Campanico put in some great driving in both races. Cesar managed to qualify first in the GT3 category and second overall for Race One. Aditya meanwhile managed to capitalise on the wet conditions and put in a stellar lap in his R8 LMS to grab pole position for Race 2. 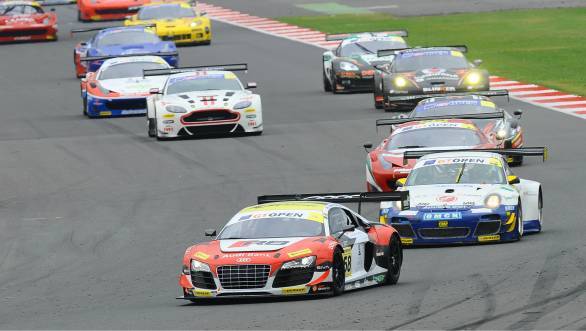 At the start of Race 1 Cesar was quickly passed by the more powerful machinery he managed to outqualify and was soon relegated to 5th by the end of lap one. Cesar then benefited from a few incidents ahead and managed to climb to the lead in the GT3 category. However a poor stop had them back down to third spot at which point Patel took over. Soon after an incident brought the safety car out which brought the pack together. When the race restarted Patel further slipped down by two spots and finished in fifth position. 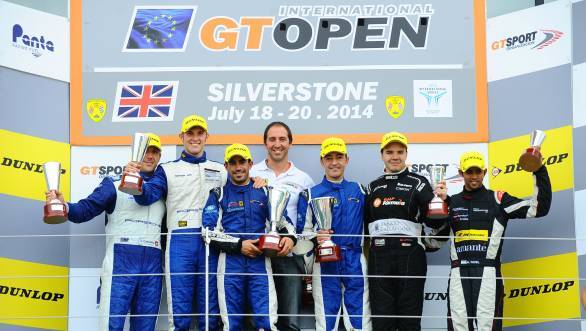 Race 2 started with Patel on pole but once again the R8 was passed by the faster competition at the start and dropped to third in the GT3 class and 6th overall. Patel handed the car over to Cesar in this position and Cesar managed to hold onto that spot and bring the car home third in the GT3 category.

"Qualifying in the rain worked brilliantly for us. It was amazing to be on Pole Position in the International GT Open," said Patel. "We knew it would be tough if it dried out though. Race 1 was predictably tough and so was Race 2. But to score a podium and valuable points in both races still keeps our hopes alive for a top-three finish at the end of the year."