Mahindra Adventure has had plenty of success rallying their Super XUV500s in the past. For the 2019 season, however, the team has decided to go rallying with the Super XUV300s, one in an R2 specification and the other a diesel. We asked Bijoy Kumar Y, chief, Adventure Initiatives at Mahindra a few questions on the new direction their rally team is taking. 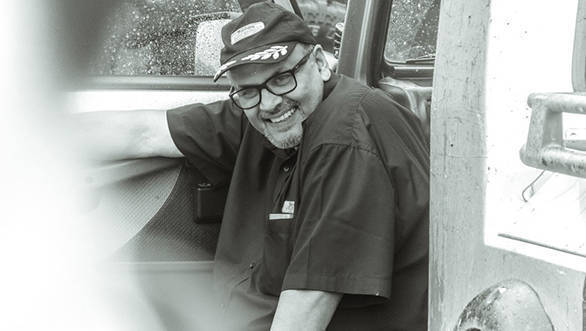 On the decision to use the XUV300 for rallying:
We've been rallying the XUV500 with a lot of success for a while. We've done whatever we set out to do with the car - cross country rallies and the INRC. In the INRC, we won four championships already. There is no challenge any longer for the XUV500. Then the time came that the XUV300 was being launched and we needed maximum exposure. The idea of going rallying with the XUV300 is to ensure that the sportiness of the car comes out, and that's the image that we want to build for the car.

On building one XUV300 to R2 specification:
We could have built one of the two cars to R2 specification - so either the petrol or the diesel. As we were developing the cars, we wanted to see what the right approach was to do that. So the R2 approach is to ensure that the petrol gets its share of attention, and the diesel, which is our strength area, continues. Rallying diesel cars is something we're known for. We'll decide at the end of the year whether to continue with both the cars, or to stick to one of the fuels. The R2 needs some more fine tuning. Some more parts are meant to come by the next rally, so work is going on. The drivers like the cars. It's better than the XUV500 as far as the nimbleness and the handling goes. As far as power output goes, we've already done a lot of development on the XUV500, which is a much more powerful car. We don't want to reach that level, but the XUV300 will get a lot more powerful as time goes by.

On the ?rst outing in the INRC at Chennai:
We didn't expect the XUV300s to run so well already at the
first rally. We had very minor niggles, and we lost two minutes because of an electrical problem. Otherwise Gaurav would have won by a 2-minute lead is what the log shows, the way he was driving. So we have driver logs in any case, so we know where the cars are. We're surprised that the car was doing so well to begin with. The development curve will be there, and there will be new things that we will discover as we go by.

On the possibility of the Mahindra XUV300 taking on the APRC:
We've been offered a chance at the APRC. I am sure the FIA wants us there, and it's important that a new manufacturer comes into play for them. But we have to be careful to develop the car to that level first. I don't think we're at that level yet. Once the car is ready and the environment is supportive, and everything comes together, we can put up a nice programme for the APRC. Who knows. More than the car, I think it's the financial environment that can result in a good team, with good support from various partners. And then we might do something like that. The organisation will take a call as time goes by.

On which of the two XUVs we might see come out ahead:
I won't be surprised if the diesel gets more competitive as time goes by. From what I can see, Amittrajit has got a good driving coach back in Europe, and he's been practicing. So if you go by the driver logs, there's not much to differentiate between them, although Gill is obviously faster than Amittrajit for the time being. But what you should remember is that the R2 has a lot of technology going into it, and it's not as reliable at this point. With the diesel we have a much more reliable package. It's up to Amittrajit to play his cards right and take things ahead. We'll leave it to the drivers.

On Mahindra Adventure's goals for the 2019 season:
We want our cars to be on the podium in every rally. We've achieved a podium in the first rally. Whether we reach the first two steps of the podium is something we'll know as time goes by.

Interview: Gaurav Gill on rallying the new XUV300, his advanced driving academy, and his 2019 WRC2 plans