Samir Thapar had established a commanding lead over the rest of the pack at the end of the first day's running at the AVT Premium South India Rally. The second day, then, was just a matter of maintaining that lead without making any mistakes. Which is precisely what Thapar managed to do. Despite the fact that he thought the first stage of the Sunday of the rally was extremely physically demanding, he, along with co-driver GS Mann, managed to bring their Mitsubishi Evo X home ahead at the head of the timing sheets. The pair of them led every stage of the rally, taking an outright win at the stages in Chennai. 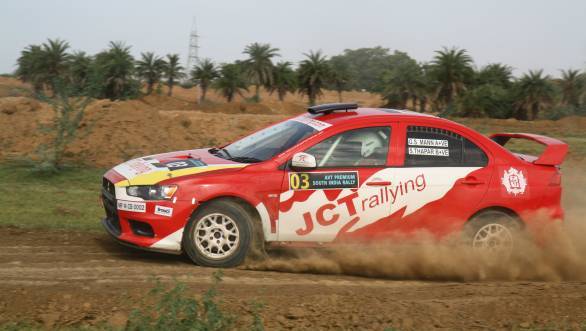 Finishing second in the event was reigning Asia Pacific Rally Champion Gaurav Gill, co-driven by Musa Sherif. Gill had said that he wouldn't be surprised if the win at South India was snapped up by someone else. And his words proved to be prophetic. Given that the Evo X could not be caught on the rather broad and fast Chennai stages, the SuperXUV had to settle for second place. Overall, it wasn't the greatest result for the Mahindra Adventure team, especially given that Gill won the opening two rallies at Nashik and Coimbatore. Their other driver Amittrajit Ghosh, co-driven by Ashwin Naik, rolled during SS5 on the Saturday of the rally resulting in a DNF. And while Karna Kadur, navigated by PVS Murthy, managed to restart the rally on Sunday, having crashed on Saturday, he ended up breaking another link rod on his XUV today and was unable to complete the event. 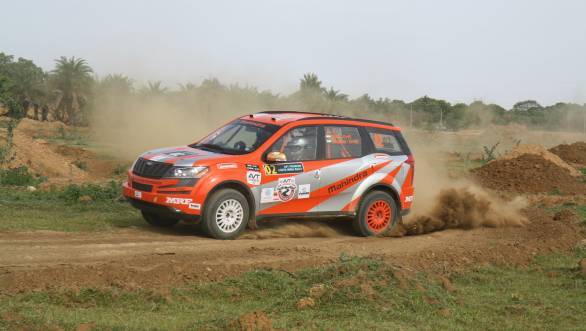 Third place went to PG Abhilash (co-driven by Kumar Ramaswamy) in the Mitsubishi Evo VI, who consistently clocked the third fastest times during the Special Stages. 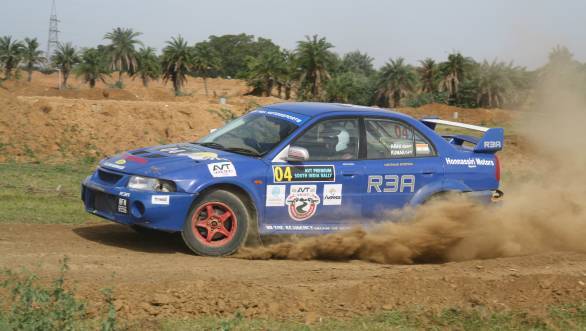 A podium in PG Abhilash's second rally after his comeback

The 1600cc category was very closely contested, with three Volkswagen Polos - piloted by Arjun Rao Aroor, Vikram Devadasan and Phalguna Urs - slugging it out. While at the end of the first day of rallying, it was Devadasan (co-driven by Srikanth Gowda) who led from Aroor (co-driven by Satish Rajagopal) and Urs (co-driven by Anoop Kumar), the three stages on Sunday proved to be the deciders. Aroor pulled out a gap on SS9, with Devadasan losing time. Phalguna set the fastest time of the three over the last two stages. Aroor, however, eventually ended up doing just enough to keep the lead, with Phalguna second and Devadasan third in class. 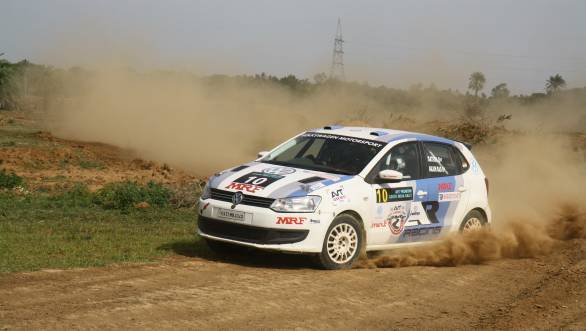 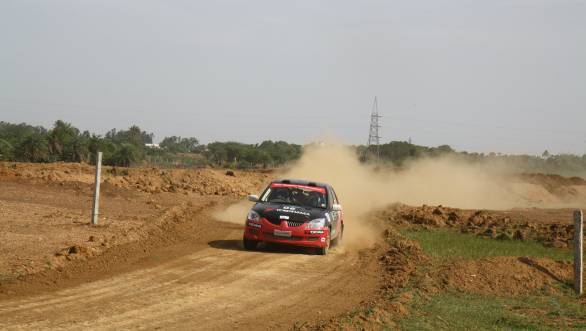 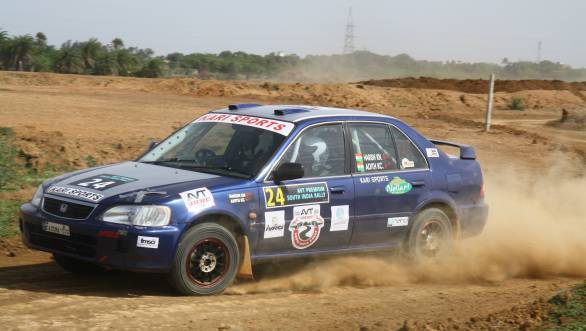 The Indian Rally Championship now gets a midseason break, with the remaining three rallies - Kolkata, Bangalore and Chikmagalur - being held post October.