The new season of the FMSCI Indian Rally Championship starts off with the Mahindra Adventure Rally of Maharashtra which will be held from June 12 to 14, 2015. 27 cars will be compete in the the 471km rally. 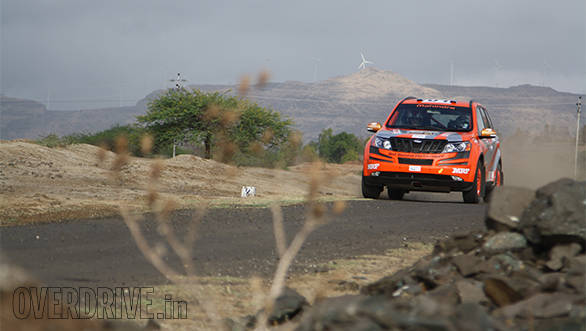 Reigning national champion Gaurav Gill (with co-driver Musa Sheriff) along with other Mahindra Adventure team-mates Sunny Sidhu (with PVS Murthy ) and Amittrajit Ghosh (Ashwin Naik) will be leading the top-end IRC class in the SuperXUVs. About his prospects ahead of the start of the rally, the 2013 APRC champion said, "It is going to be an exciting and challenging year. Both Mahindra and MRF, our tyre suppliers, have put in a lot of effort and our cars are well prepared. As for the Mahindra Adventure Rally of Maharashtra, it is going to be very challenging since the Evos are more powerful, especially on the tarmac surface. But then, I am all pumped up and up for the challenge."

Giving the SuperXUVs stiff competition will be the Mitsubishi Evo X's driven by JCT Rallying's Samir Thapar (co-driver Gurinder Singh Mann) and Lohitt Urs (Srikant Gowda). Urs who returns to the championship after 2013 says, "I spent the whole of last year building my own set up. I am competing this season solely to build a platform by bringing in the four-wheel drive car. I hope to expand in the future so that young drivers get an opportunity."

In the IRC 2000cc class, the car to watch out for is the Mitsubishi Cedia from Team Yokohoma from Bengaluru. With its driver Rahul Kantharaj and co-driver Vivek Bhatt teaming up for the 16th season. Kantharaj says, "We did a lot of work on my last year's Cedia and hopefully, we will do better this season. Obviously, we are all pretty excited and are looking forward to the new season." The other car that we will also be keeping an eye out for is the Volkswagen Polo driven by Arjun Rao Aroor (Satish Rajagopal).

Team Yokohoma are also strong contenders in the 1600cc class with drivers Karna Kadur (M Chandrasekar) and the winners in this class from 2014, Adith KC (Harish KN) representing them. Mangaluru's Dean Mascarenhas (Shanmugha SN) will be driving a VW Polo in this category.

Of the three Special Stages of the rally, which are located 68km from the city, two will be held on Friday, June 12 and the third on Saturday, June 13. The 2.03km-long Spectator Special Stage will be run thrice  once on the Saturday evening and twice on Sunday after which the rally will come to a close.