Apart from traditional automobile manufacturers, companies like Google and Tesla are also betting big on autonomous driving technologies. This emerging technology is expected to bring about a big change in the transportation and mobility sector. In April this year, Volvo had announced its plans to test around 100 self-driving cars on public roads in China.

Jaguar Land Rover is the latest manufacturer to jump onto the bandwagon and has been experimenting with different autonomous technologies. Recently the company's Autonomous All Terrain Driving research team introduced new technologies which will help autonomous vehicles tread over off-road terrains. 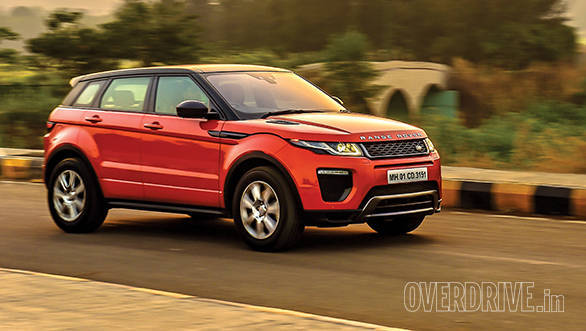 Now, Jaguar Land Rover is planning to test a fleet of over 100 autonomous vehicles over the next four years on public roads in the United Kingdom. According to a Reuters report, the first batch of autonomous vehicles is expected to begin testing by the end of this year. The report also says that the initial batch of vehicles will be tested on a particular 66km route in central England which includes expressways as well as city roads.

The UK government intends to change the existing vehicle insurance rules and driving regulations in order to help realise its plans of allowing citizens to travel in autonomous cars on public roads by 2020. The hindrances being faced by the government are related to what happens in the unfortunate event of an accident in terms of determining which vehicle is at fault. As per the current rules, all autonomous vehicles undergoing testing must have an occupant who can take over control of the vehicle in case things don't go as per the plan.

Tony Harper, head of research, Jaguar Land Rover, has said that their autonomous driving technology can improve the flow of traffic as well as reduce congestion and potential for accidents. The UK government has estimated the global autonomous driving market to be worth around $ 1.29 trillion.

In May this year, Google and Fiat Chrysler Automobiles had announced that their engineers are working together to develop a fleet of around 100 autonomous Chrysler Pacifica Hybrid minivans. These vehicles will be first tested at Google's California test track before being tested on public roads.