It's no secret that Jaguar is building a compact luxury sedan that will go head to head against the likes of the BMW 3 Series and the Mercedes-Benz C-Class. The engine that will power this car will be Jaguar's new Ingenium modular motor that is set to be incorporated into more models from the British company's future line-up. 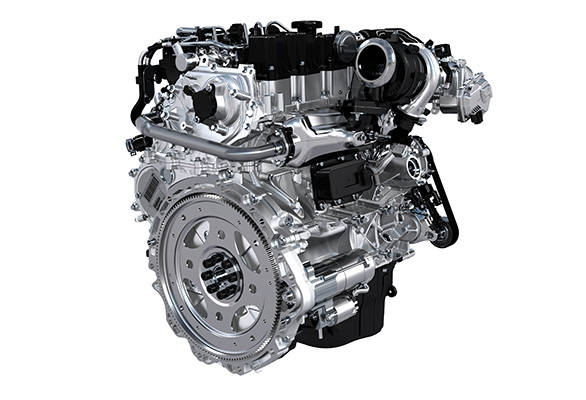 The Ingenium series of engines

The Ingenium engine is a four cylinder turbocharged engine and its production isn't slated to start until early 2015, although Jaguar has released some interesting details on it. One of the major points revealed include the fact that the Ingenium family will be 80kg lighter than today's engines. The low friction engine will also be considerably more efficient. Jaguar engineers are claimed to have designed the series from scratch and come up with many efficiency boosting solutions. The design features four 500cc cylinders but its modular nature means that it can be scaled up or down depending on the size of the application. The engine is also highly flexible and can be used in rear, all or four wheel drive layouts, suggesting that it will also make its way to smaller Land and Range Rovers in the future.

The first Ingenium engine to be produced will be a 2.0-litre diesel known as the AJ200D. Frictional efficiency is expected to go up by 17 per cent and Jaguar claims it will be the most efficient 2.0-litre engine in its class. Special engineering features to improve "performance, economy and refinement" include roller bearings on cam and balancer shafts instead of machined-in bearing surfaces. Computer-controlled variable oil pumps will help save energy by delivering the optimum amount of oil at all speeds, engine loads and temperatures while computer-controlled variable water pumps will adjust the amount of coolant flowing through the engine according to temperature, speed and driving conditions. This split or twin circuit cooling system offers the twin benefits of lowering CO2 emissions and enabling fast warm ups. Electronically controlled piston cooling jets will aid improved efficiency in the oil pumping circuit as the jets will be switched off when piston cooling is not needed. They will also enable the engine to reach its optimum operating temperature faster, further reducing CO2 emissions.

All Ingenium engines will be turbocharged and will feature direct fuel injection, variable valve timing and start-stop technology.