The Jaguar has announced the Project 7, an even racier version of the Jaguar's hottest two-seater sportscar in the market. The single-seater has been put on display at the 20th edition of the famous Goodwood Festival of Speed starting today. 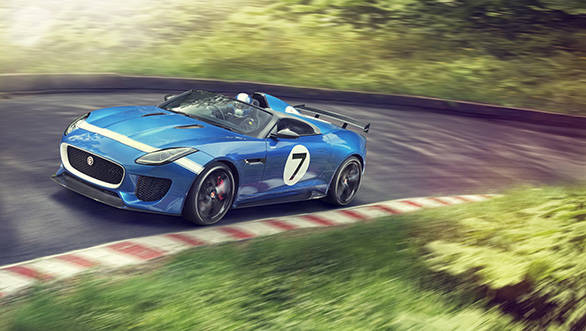 The Jaguar Project 7 gets an upgraded version of the F-type's supercharged 5.0-litre V8 engine, with power boosted to 542PS

The name 'Project 7' comes from the fact that Jaguar has won Le Mans seven times. The car will be based on the Jaguar F-Type, built in the mould of the iconic D-Type.

The Jaguar D-Type, which won Le Mans in 1956 and 1957, is considered one of the most successful sports cars in the world. 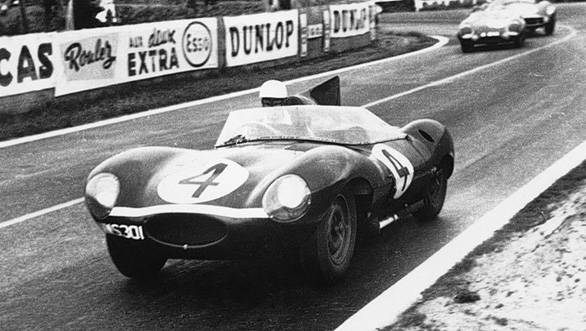 The Jaguar Project 7 went from the drawing sheets to the asphalt in a mere four months. Exterior changes over standard F-type models include a new front bumper with larger air intakes and a carbon-fibre front splitter. There are also special side skirts, a large rear diffuser and a fixed rear spoilers while the headlights have gloss black - rather than chrome - surrounds. 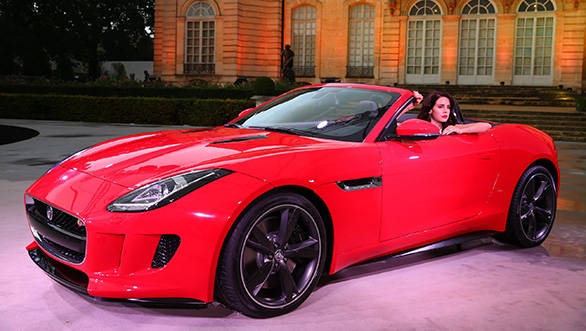 It sports the D-type-inspired rear fairing with a rollover hoop, a lowered windshield, restyled front bumper. The all-aluminium chassis and the basic body comes from the F-Type. Similarly, the supercharged 5.0-litre V8 generating 550Bhp remains the same. Power-feed to the rear wheels come from an 8-speed transmission.

The Project 7 does a 0-100 sprint in 4.2 seconds with top speeds up to 300kmph. There are, however, no plans for a production version of the Project 7. 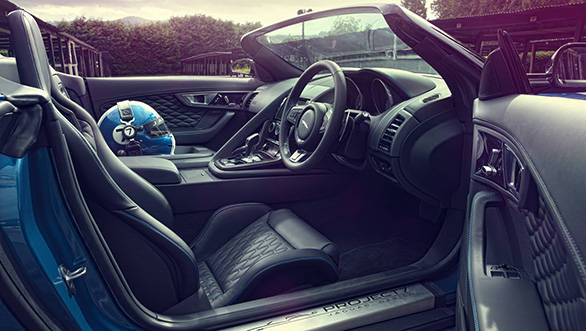 Although there are no plans for a production version of the Project 7, it gives an idea of how the F-type could look in future

Mike Cross, Jaguar's chief engineer of vehicle integrity, will be behind the wheel for all three days of the Festival of Speed.

"Project 7 is a single-seated sports car based on the F-TYPE, with the kind of racing-inspired form that designers dream about. It has one purpose: to be driven fast and enjoyed. Jaguar sports cars are known for exceptional performance and clean design. Project 7 captures that spirit in its purest form," said Ian Callum, Director of Design at Jaguar said in a press release.