A quick rewind to 2017 and we got a first glimpse of the most extreme production-ready car from Jaguar in the form of XE SV Project 8. Designed by the Brit automobile's enthusiastic division aptly called, Special Vehicles Operations. This one scorched the famous Nurburgring Nordschleife in Germany and set a track record for production-intent prototype with a timing of 7min 21.23sec. And now Jaguar has revealed and confirmed the specifications of its Touring model based on the XE SV Project 8. The only disappointment is that Jag has given the cool aggressive rear wing a miss. Before you get excited about this one, Jaguar has confirmed that production will be strictly limited to no more than 15 four-seat vehicles worldwide, making Touring specification the most exclusive XE SV Project 8 derivative. All these cars will be produced at its Technical Centre in Warwickshire. 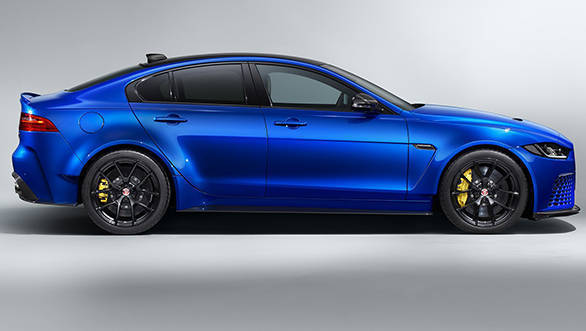 Jaguar mentions the fixed Touring lip spoiler replaces Project 8's adjustable carbon fibre rear aerodynamic wing  which generates more than 122 kg of downforce at 300 kmph in Track Mode , and is complemented by a fixed front splitter to maintain aerodynamic balance. The Touring specification will be available in four signature Project 8 paint schemes that include British Racing Green and Corris Grey Satin. The Jaguar Project 8 is powered by a 600PS, 5-litre, supercharged V8 engine and was set up in track mode by SVO's engineers. What this does is lowers the Project 8's continuously variable dampers by 15mm, in comparison to the standard settings. Jaguar claims an acceleration timing of from 0-100 kmph in 3.7 s at limited top speed of 300 kmph. 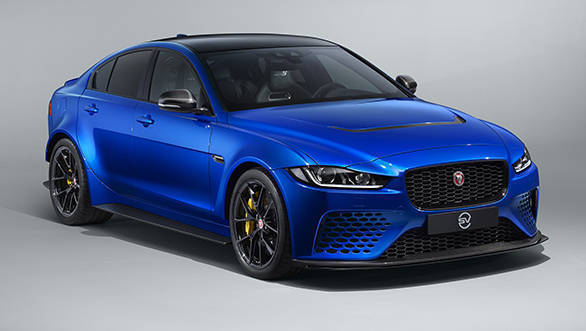 In other news, Ian Callum - the 64-year old Scotsman has decided to step down as Director of Design at Jaguar after a tenure of 20 years. He will be succeeded by Julian Thomson who is currently the company's Creative Design Director. Julian will assume his new responsibilities from July 1. The British automobile manufacturer confirms that the Ian Callum will continue his association with the company as design consultant.