It has been over three years now since the speculation surrounding the entry of the Jeep brand in India has been doing the rounds. It was followed by plenty of delays in Fiat's plans of bringing the brand to India and finally all the buzz withered away until we broke the news a few weeks back that Jeep was finally coming this year end. Here's more proof. 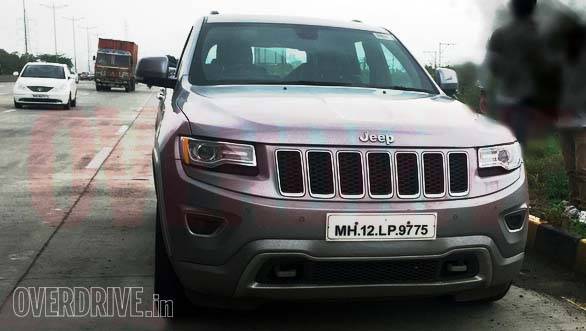 The Grand Cherokee and the iconic Wrangler have made an appearance on Indian streets again. This time though, it is a fresh batch of vehicles registered only a few months back. Our sources at Fiat confirm that these vehicles are being used for homologation and training purposes. They also confirm that the plans to introduce the Jeep brand to India by the end of 2015 is on schedule. 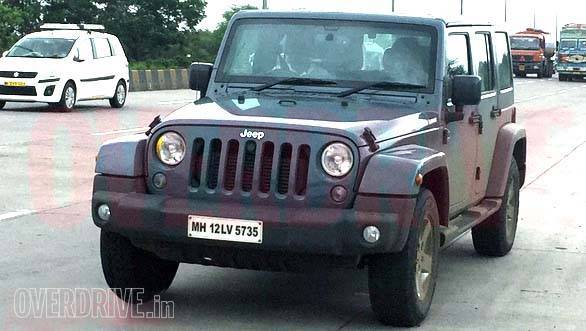 The four-door Wrangler seen here is the Euro-spec version and therefore gets a marginally different front end with the fog lamps set at the far ends of the bumper, unlike the centrally mounted units on the US-spec models. The CRD tag on the rear highlights the presence of a diesel motor under the hood - the 2.8-litre oiler to be precise, which feeds 200PS and 460Nm to a 4WD system. The Wrangler seen here is the Unlimited model in the Overland trim which gives it a kit that includes 18-inch alloys, automatic headlamps, cruise control, tyre pressure monitoring, incline and descent control, and the UConnect infotainment. 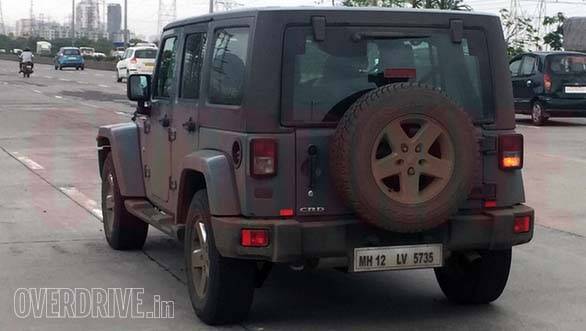 The Grand Cherokee seen here is a diesel too, which makes use of a 3.0-litre V6 that produces 250PS of power and 570Nm of torque. Don't be surprised if that output is watered down for India though, owing to the quality of fuel in India. At the current output, Jeep claims that the Grand Cherokee can manage a 0-100kmph sprint in 8.2s and a top whack of over 200kmph. The vehicle seen here was clad in the Overland trim too, which packs in LED DRLs, 20-inch alloys, bi-xenon headlamps, lots of chrome garnish, a panoramic roof, TFT instrumentation, ventilated seats with leather upholstery, steering and gear knob and an 8-inch UConnect touchscreen infotainment.

The Jeeps will initially be imported through the CBU route but Fiat intends to assemble them locally by 2017. Earlier this month, Fiat and Chrysler announced an investment of $280 million (over Rs 1,700 crore) for production and assembly of Jeep automobiles in India. We hope the delay and the local assembly plans reflect positively in the way the Jeeps are positioned and priced in India.

We did get a chance to drive a two-door Wrangler Sport and a Grand Cherokee Summit back in 2013. Click on the links below to read our reviews.