Jehan Daruvala has had a decent debut season in the 2017 FIA Formula 3 Championship. The Carlin driver has managed to claim his maiden win in the championship, finishing first at Norisring, and has also managed a few podiums, on his way to a sixth-place finish in the championship. Jehan now heads to Macau where he will compete in the Formula 3 race there, and it's going to be a challenging time for him, but one that he's more than willing to take on. We caught up with him ahead of his big Macau debut to discuss the season gone by, his illustrious team-mate Lando Norris, and his expectations going into the Macau GP which will take place between the 16th and 19th of November. 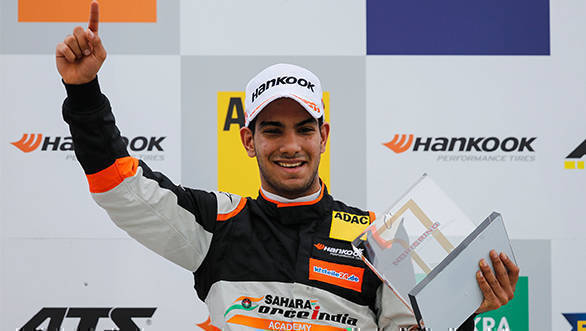 On his performance in the 2017 FIA F3 European championship:
I finished 6th in the championship and second the rookie class. It was an overall tough season, with the competition being really hard throughout the year. So I had my win and a few podiums, this was half the season. The second half of the season I was a tad disappointed that I didn't have more podiums. But I was consistently in the top five, which was good for me. I think I feel ready, and I feel, hopefully, if I do Formula 3 next year, I can fight for the championship.

On his plans for the 2018 season of motorsport:
I think I'm not really confirmed for anything yet. Most likely another year in Formula 3 would be the right step for my career right now. Obviously there's talks with Carlin, and I'm really happy with the job they've done this year. So, if I do F3 next year it will most probably be with Carlin, but nothing has been decided yet. I'm still quite open minded. I still most likely will do a GP3 test at Abu Dhabi at the end of the end of the year in a month. I'll see how that goes and then make my decision after that. Like I said nothing is decided yet.

On the decision to race at Macau:
Macau is one of the most prestigious races in the world. From everyone's talk around the paddock, it's supposed to be the best race of the year. The track is amazing, and the atmosphere is really good. It's supposed to be the hardest challenge. I'm not expecting anything, I'm just looking forward to it.

On his goals for the 2017 Macau GP:
It's very, very hard to say. I have never been there before. It's one of the toughest tracks. I don't really have expectations. I plan to have fun, and drive as fast as I can around the streets, and hopefully if I do that I can end up near the top 3.

On his preparation ahead of the Macau GP:
I've already been preparing for Macau. I've been training on a simulator everyday. Obviously my team-mate Lando has been there before and I can now correlate his data on my simulator. And it's been helping me. He's been pretty fast. Looking at his data, I've been working on my own driving, and I can go faster. To be honest, he'll probably be one of the favourites going into Macau. Being Formula 3 champion and all of that. He should be one of the favourites. I will have to see from Practice 1 where I am and obviously just learn from him. And keep improving, where it really matters, especially in Qualifying 2.

On how he feels about his performance in the 2017 FIA F3 European Championship:
I had a tough season last year in Renault (Eurocup Formula Renault 2.0 and Formula Renault 2.0 NEC). This season, to be honest, considering the competition in Formula 3, I'm pretty pleased with what I had achieved by the end of the year. I was second in the rookie cup, sixth overall, not bad for my rookie year in the championship.