Jehan Daruvala will continue in the FIA Formula 3 European Championship for a second season. The Indian driver has signed on with Carlin for the 2018 season of the championship. 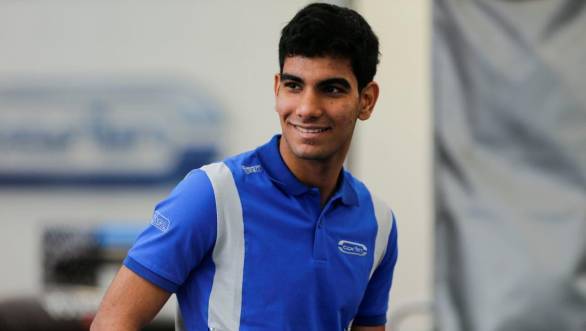 Daruvala, who scored his maiden podium in Formula 3 in 2017, will return to the championship in 2018 with Carlin

Jehan's decision to continue in the FIA F3 Championship comes on the the back of a highly successful debut season in Formula 3, that saw him claim his first victory in the championship at Norisring. Jehan's achievement makes him the first Indian to win a race in the series. In addition, he managed to qualify on pole and also earn other podiums in the championship. He has the distinction of being the only racer in the 2017 season to complete all 30 races, finishing 25 of those in the points.

In the rookie category, Jehan managed a total of 26 podiums, finishing runner up in the rookie championship. He also ended the 2017 season with the highest rookie podium percentage in the history of the Rookie Classification of the FIA F3 European Championship.

"It has been a fantastic year racing with Carlin. Everyone in the team is very committed to achieving the best possible results. I am happy to be working with them once again and look forward to a successful year." said Jehan of his decision to continue in F3 with Carlin in 2018.

Meanwhile, racing director Trevor Carlin added, "It's great news that Jehan remains for us in FIA Formula Three next season  he's been a fantastic addition to the team this year and his results as a rookie have been impressive. He's already a race winner in the series and no doubt has the ability to add more wins and pole positions to his achievements over the course of 2018."

The 2018 season kicks off in May at the street circuit of Pau, in France. The thirty race FIA Formula 3 European Championship, will be spread across ten rounds, in eight different countries across Europe.