The Red Bull Racing Formula 1 Team has signed Indian racer Jehan Daruvala to their Red Bull Junior Program in the FIA Formula 2 Championship. Jehan will race for Carlin, alongside fellow Red Bull Junior Yuki Tsunoda, in his Formula 2 debut in 2020. 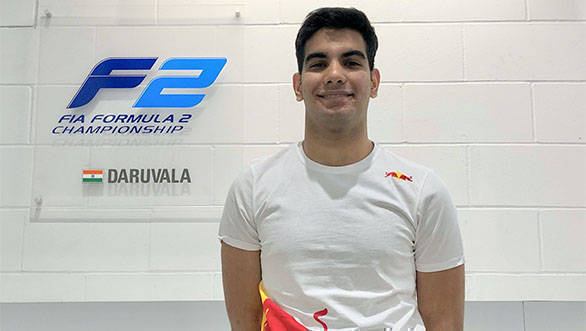 The fact that Jehan has been included in the Red Bull programme is an acknowledgement of his talent, and his performance in single-seater racing over the past few years. The Indian driver had a particularly strong season in 2019, where he finished third in the FIA F3 championship, after starting the season with a victory, and briefly leading the championship around the halfway mark. Jehan only lost out on an outside chance of winning the title, and an almost-certain chance at the runner-up position in the very last race, when his car refused to start for the formation lap. He was forced to start from the pitlane, 29th and last, and then drove arguably one of the best races of the season. He charged through the field climbing up from 29th to ninth on track but unfortunately, lost the runner up spot by a mere one point.

The Red Bull Junior programme is a successful and strong programme that has seen drivers like Sebastian Vettel, Max Verstappen, Daniel Ricciardo, Alex Albon, and many others graduate through its ranks.

Speaking of stepping up to Formula 2, Jehan said, "After an excellent year for me in FIA F3 in 2019, I hope to carry my form into my first year in F2 with the support of the Red Bull Junior Team and Carlin. There are many experienced F2 drivers and a number of strong rookies making it an exciting grid this year  I'm looking forward to the challenge!"

Meanwhile, Trevor Carlin added "We are delighted to welcome Jehan back to the team for his third season with us. His performance last year in FIA F3 was extremely impressive and we really believe in him. There is no reason why he cannot make it all the way to the top. Without a doubt there will be a lot to learn  both for Jehan as a driver in a more powerful car and also for the team with the new 18-inch wheels but we have a great team ready to meet those challenges."

Jehan switched from karting to single seaters in 2015, earning multiple podiums in his maiden season in Formula Renault. In 2016 he was runner-up behind Lando Norris in the Toyota Racing Series. Jehan became the first Indian to win an official Grand Prix, when he won the 2017 New Zealand Grand Prix. He moved to the FIA F3 Eurpoean Championship in 2017 and 2018 where he earned eight podiums besides finishing second in the Rookie Championship with 26 rookie podiums in 2017.