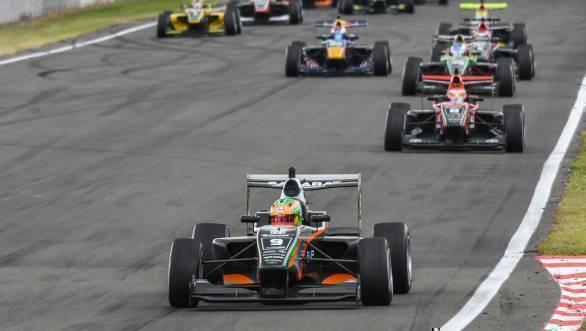 There are only two Grands Prix, outside of Formula 1. Macau has the distinction of hosting one, while the other happens to be the New Zealand Grand Prix. Jehan Daruvala now holds the distinction of being the only Indian driver to register a win at a Grand Prix, having won the New Zealand Grand Prix at the Chris Amon Circuit in Manfeild. Past winners of this Grand Prix include Keke Rosberg, Jackie Stewart, Stirling Moss, John Surtees and Bruce McLaren.

The first race of the weekend seemed like it would turn out rather well for Jehan, since he had qualified on pole. The race, however, was a little tricky, with Jehan surrendering the lead to Pedro Piquet, after having to brake on the dirty side of the track as they headed into the first corner. Piquet then held onto the lead, taking the race win, while Jehan had to settle for second. Marcus Armstrong claimed third. 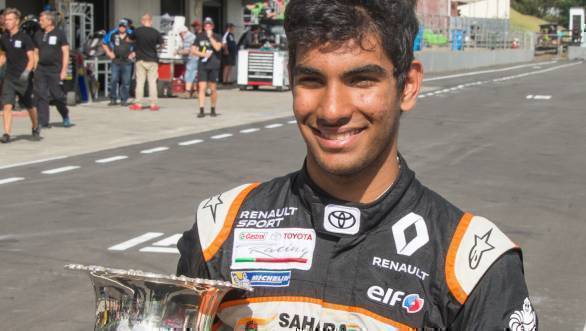 The result meant that Jehan started Race 2 third on the grid (the reverse grid format came into play). Jehan lost a position at the start of the race, and eventually only finished seventh, after his car was damaged due to contact with another driver.

The main event of the race weekend, however, was Race 3 - the New Zealand Grand Prix. Jehan started the race on pole, and managed to open up a gap to the chasing pack. Despite a red flag situation, Jehan kept his cool and managed to maintain his lead at the restart of the race. This meant that he finished the race first ahead of Marcus Armstrong, with Thomas Randle third. 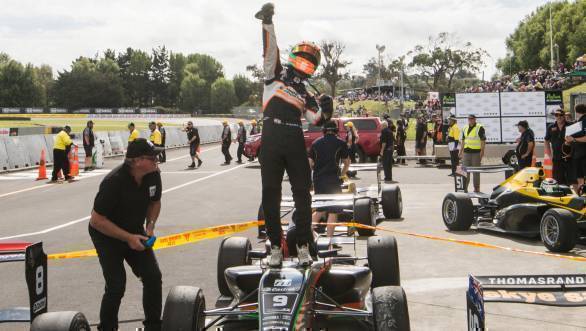 However, despite the win, Jehan only finished the 2017 Toyota Racing Series fifth overall.

"I am happy with the pace I have had throughout the series. Winning the Grand Prix is absolutely fantastic and is a proud moment in my racing career so far. I am thankful for everyone around who has helped me achieve this. I am completely focused on what lies ahead and I am confident of a good first year in Formula 3. I will be continuing to work hard with testing and fitness as well" said the Indian teenager.

Jehan will compete in the FIA F3 European Championship in 2017.