The JK Tyre FMSCI National Racing Championship began at the Kari Motor Speedway this weekend. The championship, now in its 20th iteration, has now seen the addition of two-wheeler racing in the form of the Suzuki Gixxer Cup. 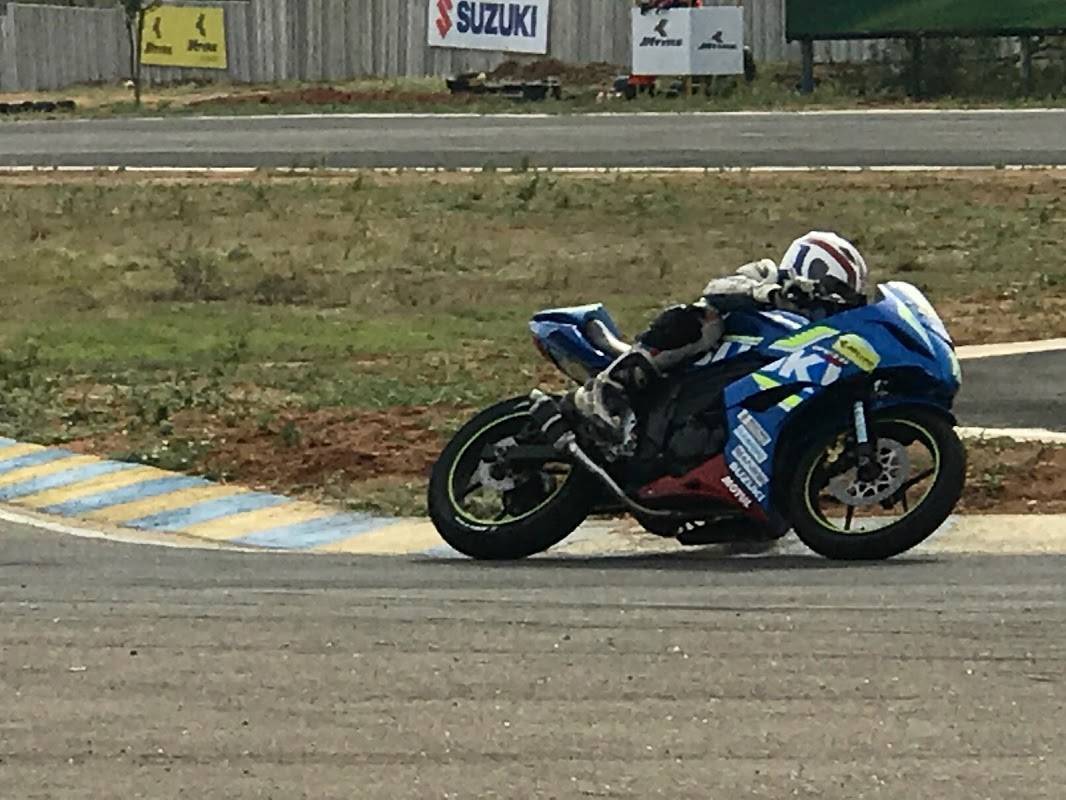 The reason the Gixxer Cup is so significant, is because it has tied up with the Red Bull Road to Rookies Cup. The winner of the championship gets the opportunity to compete in a shootout that will be held in Spain in October, which sees one rider selected to compete in the Moto3 championship.

The 15-year old Sri Lankan racer, Jaden Gunawardena won the first race in the Rookies Cup. In fact, he was the fastest among the pack. Following him were Lalhruaizela and Lalnunsanga on the podium 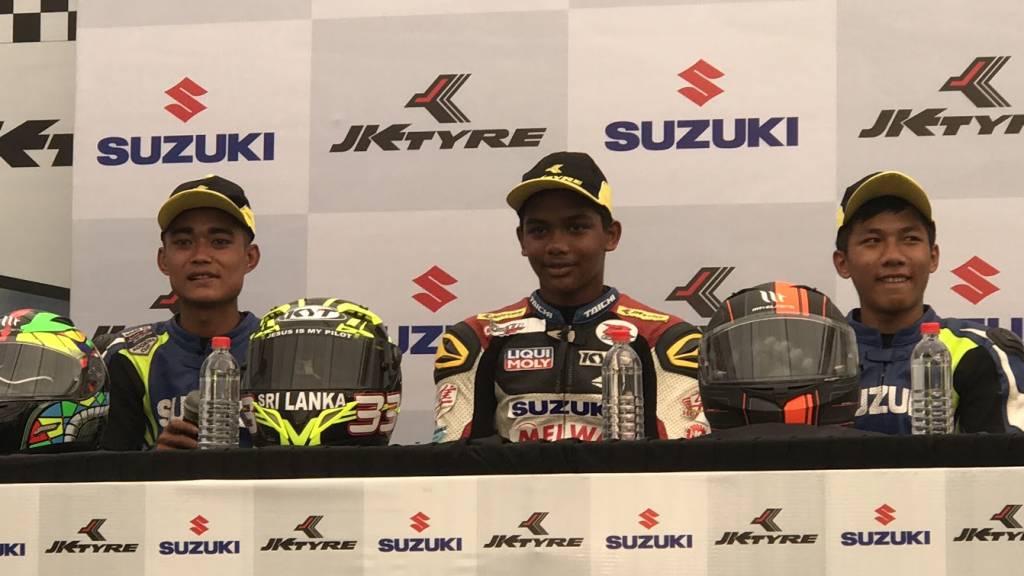 Over in the JK Tyre Suzuki Gixxer Cup, 22 riders competed for victory. The first race of the third season of this championship saw Chennai-based Joseph Mathew finish first. Taking second and third positions on the podium were Sanjeev Mhatre and Lalmawipuia. 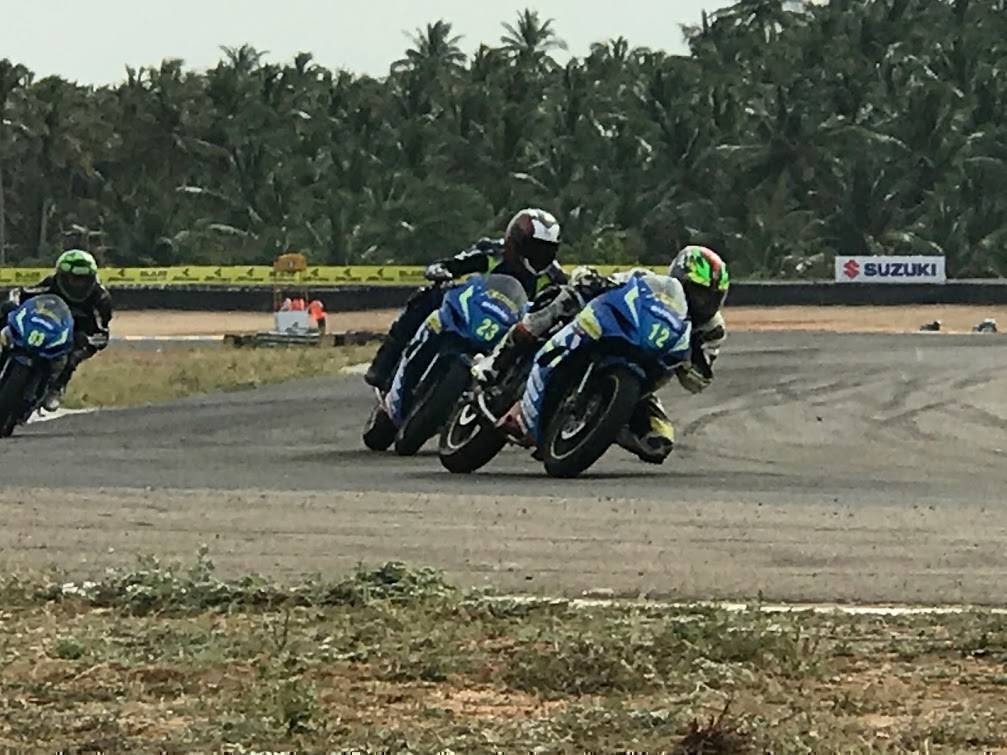 While the two-wheeler category did offer its own set of excitement, the four-wheeler had its own charm. And that is obvious when you know there are renowned racers like Anindith Reddy, Nayan Chatterjee and others in this season. Defending LGB4 champion Vishnu Prasad won the first Euro JK 17 race. Vishnu did not have the ideal start from fourth position. However, that didn't seem to be a worrying factor. As soon as the chequered flag dropped, Vishnu got onto the throttle and confidently made his way passing three cars. And once he got a lead over the pack, there was no stopping him.

Here's Vishnu Prasad, who dominated the Euro 17 class, in the No. 42 LGB 4 machine. Prasad is competing in both championships.

It was obvious that Anindith was going to put up a fight against Vishnu and so he did. In his effort of trying to get past Vishnu, Anindith even managed to clock the fastest timing for the day. One could see how aggressively Anindith was chasing Vishnu but in that process he had to settle for the third position. Nayan Chatterjee managed to have a decent start in Race 1 but couldn't manage to maintain the pace as Vishnu and Anindith passed him. In the second race, Nayan did better, but had to settle for second place behind Vishnu.

The international racers, Paolo Ippolito from Italy and Ricky Capo from Australia too managed to put up a decent performance. Paolo settled for fifth in Race 1 and seventh in Race 2, whereas for Ricky it was the eighth place in the second race 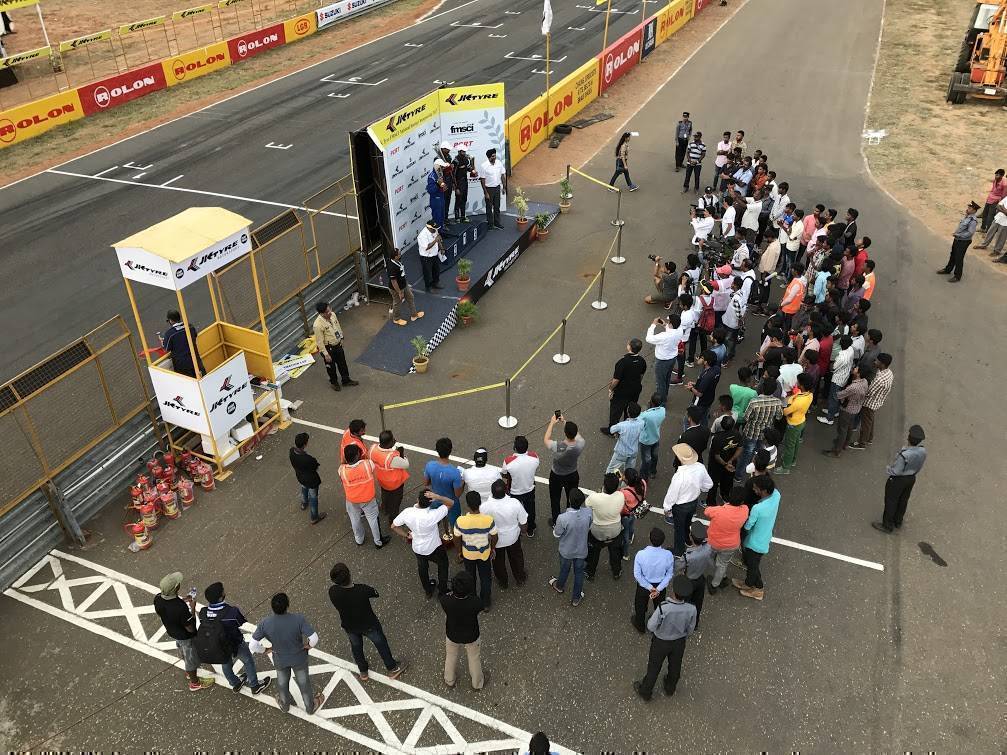 And lastly, Chittesh Mandody of Avalanche Racing took the win in the first LGB4 race.  With a time of 01min 11.097sec Chittesh also managed to be the fastest compared to his rivals Diljith TS of Dark Don Racing and Saran Vikram who finished second and third respectively.