On April 16, 2014, Land Rover will reveal its Discovery Vision Concept at the 2014 New York International Motor Show. This concept will preview the design and technologies that will be a part of the new family of Discovery SUVs. It will also show for the first time a new technology from JLR's advanced research unit, though the company didn't disclose any further information on the tech. 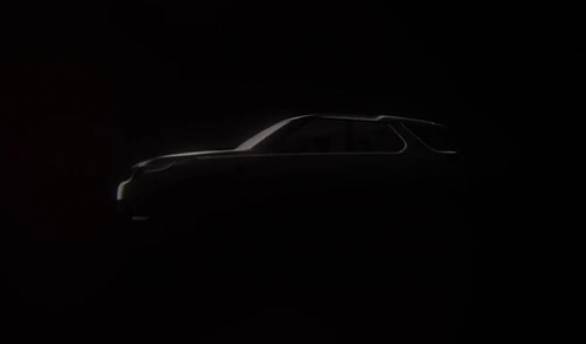 Without revealing much, a press release by JLR stated that the new concept will take the company's key principles of emotive design, unrivaled capability and ultimate versatility to new levels. But the teaser video (see below) does give us some clues about the car.

The exterior design shares the distinctive kinked roof of the previous Discovery models. A prominent shoulder line flows all the way from the headlight o the C-pillar. A new design and bold wheel arches give the vehicle a sportier appearance. The concept can seat seven and has a 2-3-2 configuration which can be changed by sliding the second row central seat forwards and backwards. The posterior gets bold Discovery badging with horizontal tail lamps. The central console gets a smooth and exquisite finish with dual rotary dials, presumably one is for the terrain selector and the other is for the infotainment system. The Dashboard looks like it has received a generous amount of chrome as well.

Gerry McGovern, JLR's Design Director and Chief Creative Officer, says, "Discovery is admired all over the world and loved by its strong customer base. We have created the Vision Concept to share the essence of Land Rover's new age of Discovery and to debut a new, compelling, relevant design direction that connects on an emotional level with customers of today and tomorrow."