The final round of the MMSC-FMSCI National Racing Championship ended this weekend at the MMRT in Chennai with quite a bit of drama. The round hosted seven races in total that ended the season. 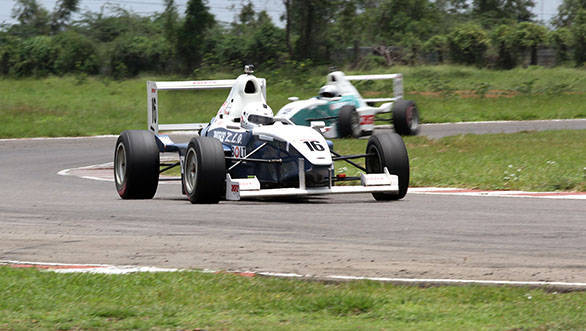 Karthik Tharanisingh, winner of the MRF Formula Ford 1600 championship in the MMSC-Fmsci Indian National Racing Championship which concluded in Chennai on Sunday, August 23

Karthik Tharani Singh managed to steal the championship from Gautham Parekh by six points in the MRF FF 1600 Championship. In the first race, Parekh was quick right from the start and managed to get ahead of pole-sitter Tharani. Tharani, however, managed to keep the pressure on him by constantly staying on his tail. In the meantime, Arjun Narendran and C S Tejasram were fighting it out for third place, a couple of seconds behind the leaders. Parekh held the lead until halfway through the penultimate lap, he was involved in a racing incident with Tharani and retired due to a broken suspension. This accident cost Parekh the championship title and would have knocked him off the top three in the championship title if not for his impressive first place finish in the second race.

This race was held on a reverse grid basis, which meant that Parekh had to start eighth on the grid due to his DNF. Undeterred, he slowly started to make his way back up while Anshul Shah and Arjun Narendran, who started first and second on the grid, fought for first place. Eventually, Shah retired after a crash and out of nowhere Gautham Parekh came out of the corner in first place, with Narendran close behind. Parekh's pace was much quicker and he slowly started to pull away. By this time, Tharani was third and had started chasing down Narendran. With a few laps left to go, he overtook him and finished second behind Parekh. 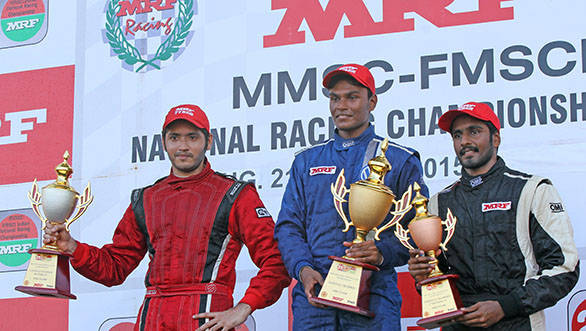 Parekh, who was in the lead for the championship title before this weekend, finished second overall. "I've never had a DNF. This was my first," a disappointed Parekh told me. He was all set to win the championship until that morning when he had to retire from the race. 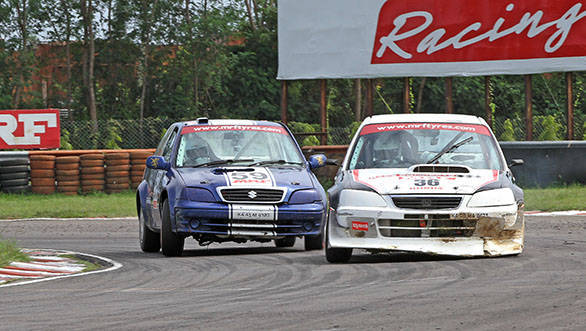 Bengaluru's Deepak Paul Chinnapa (No 36) of Race Concepts team, battling Ashish Ramaswamy (Red Rooster Racing) on the way to completing a double in the Indian Touring Cars class in the fifth and final round of the MMSC-FMSCI Indian National Racing Championship in Chennai on Sunday, August 23

In the Indian Touring Cars category, Arjun Narendran stole the show before the final round even started. By the end of the previous round, Narendran led the championship with 165 points and three races to spare while Ashish Ramaswamy, who was second, had just 82. In the final round, however, Narendran faced mechanical issues with his car and retired from the first race, while he finished fifth in the second one. Deepak Paul Chinnapa from Race Concepts won two out of three races this weekend, which earned him second place overall in the championship. 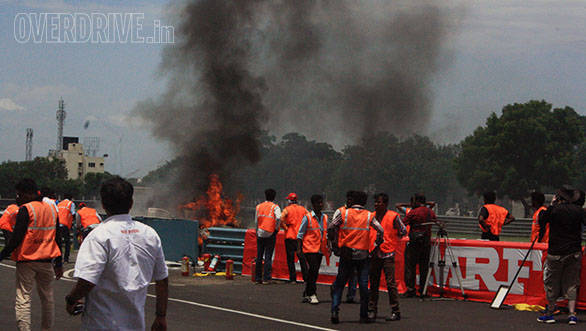 The third ITC race was the most eventful. The Red Rooster duo had to retire in the first lap. Ashish Ramaswamy, who tried to dodge Narendran as he spun out of the first corner, lost control and hit the barricade. Arjun and Deepak made contact and eventually, retired. This left four people on the track with C Rajaram from Prime Racing leading. On the fifth lap, KE Kumar's car caught fire after his gearbox exploded near the last corner. The race was immediately red-flagged and the fire, which had now consumed the whole car, was being put out using every extinguisher on the track. After over 15 minutes, the fire finally died out and the remnants were lifted out of the track. Fortunately, there were no injuries. 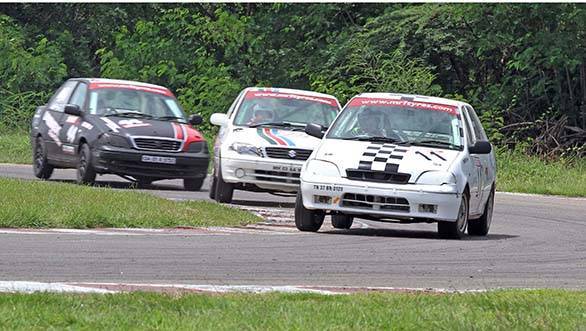 Red Rooster Racing's Sidharth Balasundaram (No 11), winner of both the races in the Indian Junior Touring Cars category and the champion of the class, in the fifth and final round of the MMSC-Fmsci Indian National Racing Championship in Chennai on Sunday

In the Indian Junior Touring Cars class, Sidharth Balasundaram from Red Rooster Racing took the title with two wins and a third-place podium finish this round. Varun Anekar of Race Concepts took the title in the Super Stock category, while the LGB 1300 class saw Mohit Aryan of Anish Racing win the championship.

Peter Allnut, the chief engineer who kept the FF 1600 cars running, had said, "This was one of the best seasons. Up until this morning, any of four drivers could have been champion (in the FF 1600 category) and then after the first race, it could have been any of three (referring to Gautham Parekh's retirement)."