Kinetic Green Energy and Power Solutions Limited has launched its indigenously designed battery operated e-auto named 'Kinetic Safar'. The Safar e-auto gets an all steel body, electric wiper and dual headlamps while the dashboard displays the battery charge indicator and houses a speedometer. It can attain a maximum speed of 25km per hour and can carry four passengers plus the driver. The Kinetic Safar has been launched at an ex-showroom price of Rs. 1.38 lakh which is inclusive of the Exide battery. 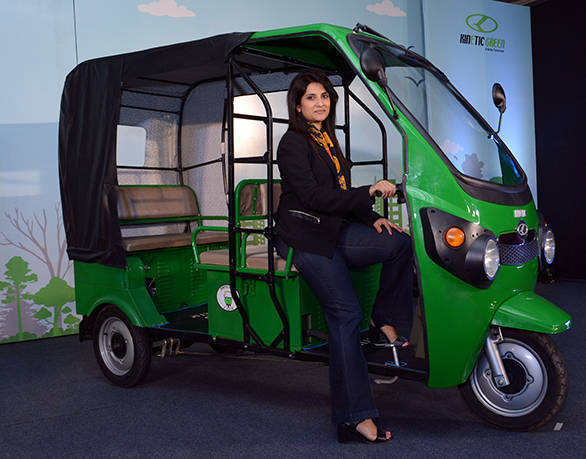 The e-Auto has been approved by Automotive Research Association of India (ARAI) and meets all government safety norms as per Central Motor Vehicle Rules (CMVR). The Pune-based KGEPSL is a venture of Kinetic group specializing in green transport solutions. The company has tied up with Exide to source the lead acid battery system and provide warranty, service and recycling network across the country.

The company also announced that it has bagged an order from the UP government to supply 27,000 Kinetic Safar vehicles worth Rs. 400crore. The company says that is India's largest institutional order for electric vehicles. The first lot of 300 e-autos have already been delivered to the UP government.

The Safar is currently being manufactured at Kinetic Green's facility at Ahmednagar in Maharashtra which has an installed capacity of 4,000 vehicles per month. The company is also planning to commercialize a high speed e-auto for large cities called Soleckshaw (a model developed by Kinetic Engineering, under NMITLI program of CSIR), and develop e autos with Lithium ion batteries.