The monsoons have rendered the terrain lush green and interestingly slushy and muddy  great time for some exciting rallying action. The Rally of Bangalore and round three of the National TSD Rally Championship, organised by the Karnatake Motor Sports Club, are going to be the proving grounds for teams hailing from Erode, Chikmagalur , Coimbatore and even Kolkata. Also in the mix this weekend is the third and final round of the KMSC Green Run Rally 2014. 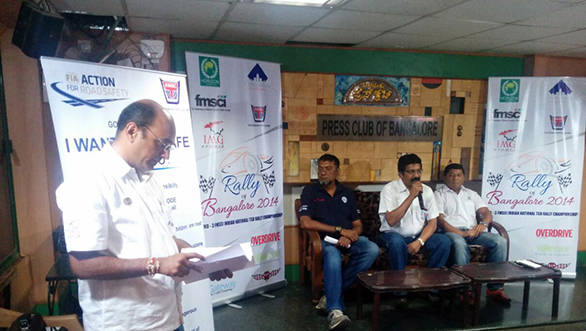 So what can we expect from the three events? Well, the Rally of Bangalore will be giving away prizes for three categories, namely Overall, Pro Expert and Pro Stock. There is also a Pro Stock Ladies' Class. So far, there are 20 teams competing in the challenge. Rallying duo, Satish Gopalkrishnan and Savera D'Souza are the team to watch out for with their lead of 50 points in the Pro Expert category from the first two rounds, driving the old, faithful Maruti Suzuki Swift. Team Tata Motors' M Chandrashekar and Srikanth Gowda are tied for second at 28 points, along with Ajgar Ali and Mohammad Musthafa. The 195km long rally will be flagged off from the KMSC at Mysore and the cars will head south, towards Bangalore. It's been claimed to be a technical route with 70 tarmac and 30 dirt stretches. We hope the rains make for even more interesting rallying.

As for the Green Run Rally, in its third round, will be a 100km affair with four-wheelers and two-wheelers participating in the TSD challenge. The lower speeds that the vehicles are expected to maintain and the doing away of the need to modify the vehicles - these factors are expected to draw more contenders to the rally. The other motive behind the rally is to promote safe driving and riding practices. As clerk of the course, J Balakrishna said, "We are taking the FIA Road Safety concept very seriously and demonstrating it in this weekend's events. The idea is to educate people about safe driving. For the events, safety has been taken care of and two ambulances will be readily available on the route."