KTM entered the booming adventure segment of motorcycles in India with the 390 Adventure, which came across as the best entry-level ADV motorcycle that you can buy in India in our comparison. And now the company is working on launching its younger sibling the 250 Adventure, which is expected to arrive in the festive season. While there is no confirmation from KTM India on the same, the upcoming KTM 250 Adventure has been spied testing in the nearly ready production form. This is not the first time that the KTM 250 Adventure has been spotted by the curious eyes, but what makes it important is that the test bike was equipped with touring accessories from the company. 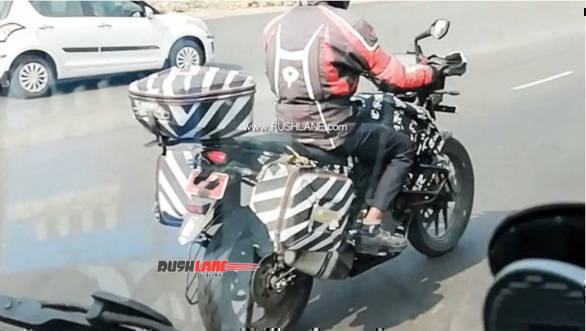 Internationally, KTM has been testing the touring kit on its entry-level adventure motorcycle and offers it on the 390 Adventure, which can be seen in its official images. The hard-plastic panniers along with the top box seem to be quite generous in space and should pack in the essentials for any trip. As seen on the one in the international-spec bike, the KTM luggage set for India too could feature a zipper-lock and will be a part of KTM's Powerparts accessories kit. 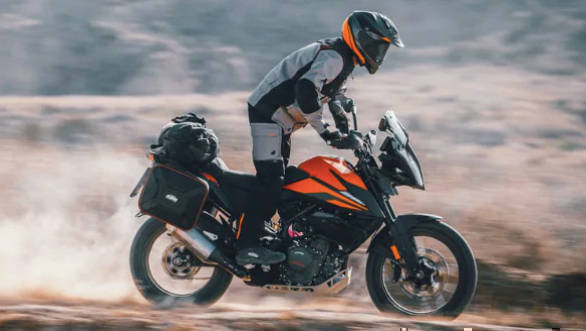 The styling is identical to the elder 390 Adventure which has been a theme in KTM's hierarchy. The tank extensions on the 250 get the KTM's signature orange paint with decals. The seat height is 855mm high and the fuel tank capacity stands at 14.5 litres - identical to the 390 Adventure. The source of power is a 250cc single-cylinder, liquid-cooled, engine that we've seen in the 250 Duke.