If you're sad that you'll never get the chance to drive the legendary Land Rover Defender since it was discontinued, you needn't be! That is, if you can visit the United States. Land Rover has announced that the short-wheelbase Defender 90 will be a part of its Land Rover Experience programmes in the US. These experiences are either half-day or full-day events which showcase the capabilities of Land Rover's vehicles to customers, and teaches them a thing or two about off-roading. Of all the cars that are in the Land Rover Experience fleet, only the Land Rover Defender 90, which is part of the Heritage programme, won't be sold to customers. Land Rover experiences are held all around the world, even in India. Unfortunately, we don't get the Defender here -- apart from the US, it is available in just one other Land Rover Experience centre in Europe. 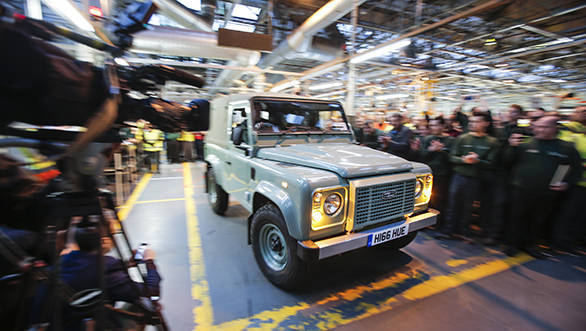 Production of the iconic Land Rover Defender came to an end due to an increase in safety standards and stricter emission norms. The last Defender rolled off the production line on January 29, 2016, and is housed in JLR's car museum. However, the Defender isn't dead just yet -- or at least the name isn't. Land Rover is currently developing an all-new Land Rover Defender which will be as up to date as your latest smartphone!