Land Rover will launch the commercial versions of the new Land Rover Defender globally in the next few months. This will also bring back the well-revered Hard Top nameplate that was first used in 1950 when the Land Rover Series 1 became available with a removable metal roof. 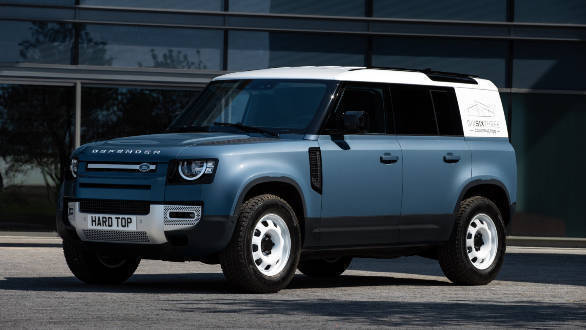 The Land Rover Defender Hard Top will remain mechanically very similar to the passenger Defender. It will sit on the aluminium-intensive D7x architecture, and be available in both 90 and 110 wheelbase sizes. The 90 will get  independent coil-sprung suspension, with electronic air suspension also available on the 110. This will give both a 291mm ground clearance and the 110 will have approach, breakover and departure angles of up to 38, 28 and 40 degrees respectively. This is unchanged from the standard Defender.

Also available will be the Terrain Response 2 system with the new Wade program that brings with it a 900 mm wading depth. Other tech includes the new Pivi-Pro infotainment system, Clearsight rear-view camera, 3D 360-degree camera and driver assistance systems. 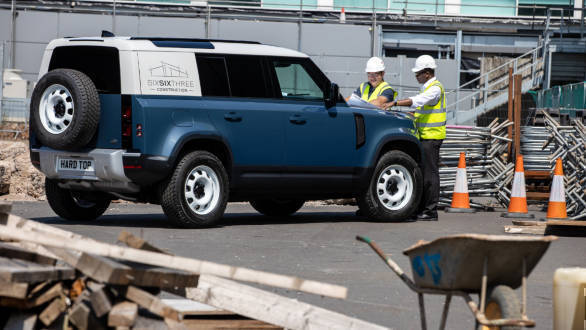 The Defender Hard Top will have no second or third-row seats, although the front row will get the three-seat option. The Hard Top will have payload or towing capacity of up to 3,500 kg and come with a trailer assist function. There are no details on engine options yet but we expect the commercial version to feature the D200 and the D240 diesel powertrains. Both make 430Nm and 200PS and 240PS respectively from a 2.0-litre unit.

Aesthetically, the Defender Hard Top gets the simpler front fascia from the lower-spec passenger Defenders. Similarly, the slick steel-wheels are fitted here too, along with simpler, more purposeful grey body-cladding. Most noticeably, the glasshouse behind the front doors have been blanked out in both the three-door and five-door versions.

Deliveries of the passenger-spec Defender 4x4 are set to begin in India later this year. We do not expect the commercial version to go on sale here.