The much awaited Discovery Vision Concept has been unveiled a day before the 2014 New York Auto Show. The concept expands the Discovery from being a single model to being the name of a new family of premium SUVs from JLR. The first model based on this concept will be launched in the market by 2015. 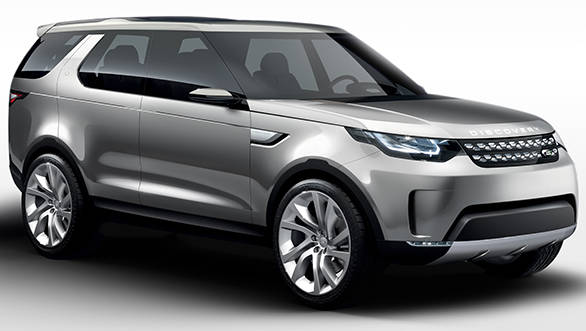 The concept has a host of technological advancements which amplifies the driving experience and offers more convenience and versatility. Among the new technologies showcased on the vehicle, one of the most interesting is the 'Remote Control Drive' system in which the driver can actually control the car without being seated inside. This is particularly useful during off-roading and can be used for external spotting maneuvers. Off-roading skills are further complemented by the use of laser terrain scanning which has infrared lasers examining the road ahead and also rendering a contour map on the instrument cluster display and this paired with the all-terrain coach guidance system can aid the driver in traversing difficult roads. A transparent bonnet technology renders the bonnet invisible to the driver by making use of cameras and the head-up display giving a clear view of the otherwise not visible road surface. 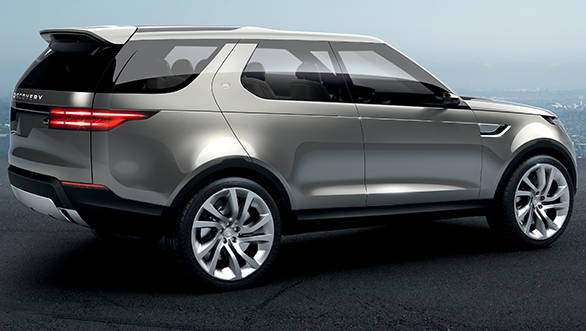 One of the most interesting is the 'Remote Control Drive' system in which the driver can actually control the car without being seated inside.

The cabin has a clean, elegant and uncluttered look with the central console housing the infotainment screen. A Human Machine Interface technology (HMI) offers multimedia experience for not only the front passengers but also the rear passengers by way of seatback infotainment screens, which can also be used as a means for communication between the vehicle occupants through video calling, some functions inside the cabin can also be executed by means of gesture control. 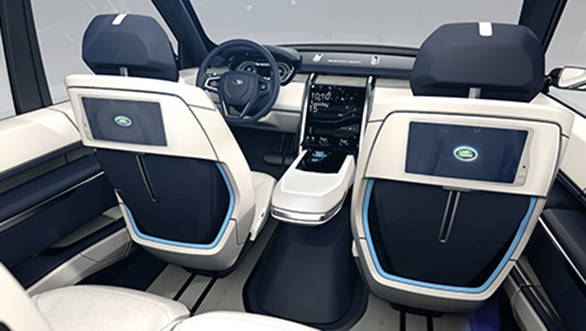 Laser headlamps in the Discovery Vision concept give out a bright light and can also intelligently adapt to the different road conditions thereby providing better visibility. The interior gets a seven seat layout which is versatile and has a wide range of seating arrangements. The seats are flexible and can be placed to make the Vision concept a six, five or even a four seater. The seats themselves are covered in Foglizzo premium leather which are washable and are water/oil repellent further stressing on the active lifestyle aspect of the vehicle. 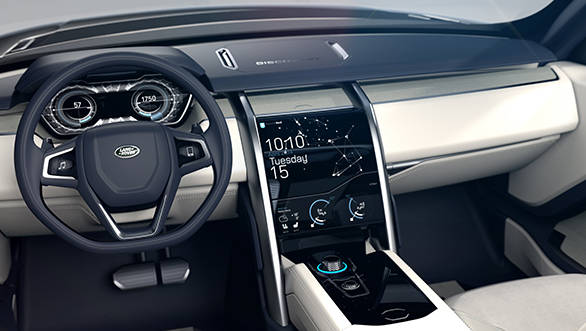 The cabin has a clean, elegant and uncluttered look with the central console housing the infotainment screen

Engine specifications and other technical details have not been released as of yet.

Wolfgang Epple, director of research and technology, JLR said, "The Discovery Vision Concept demonstrates where Jaguar Land Rover's pioneering technology and great, modern design could take the SUV in the future. It showcases the innovative approach that continues our leadership of the off-road segment. Smarter, more connected, more desirable and more capable  the Land Rovers of tomorrow will be fully and perfectly integrated into everyday life."