Last year, Lexus launched the NX 300h SUV in India at Rs 53.18 lakh for the Luxury variant. And now the Japanese premium car manufacturer has started deliveries of the NX 300h in India. What makes it important is the fact that Lexus has completed a year of its operations in India. 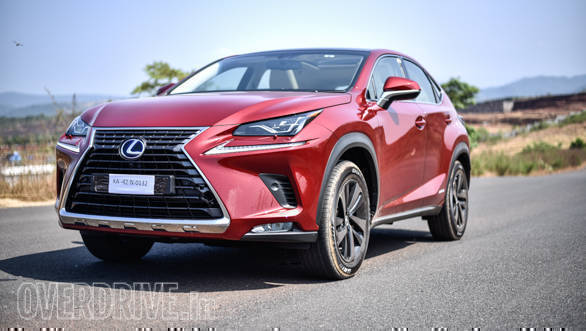 In some of the deliveries, the Lexus NX 300h SUVs arrived on flatbeds allowing owners to be the first to put miles on their car. In addition, each delivery is customized based on Lexus' knowledge of its customer. Lexus has also devised special gifts to make the deliveries special.

Lexus debuted in India in March 2017 with the ES300h, RX450h and LX450d. Four Guest Experience Centers have been opened in the first year alone. This was followed up by the launch of the NX300h. The major milestone of the brand's first year in India was the entry into India of the iconic flagship Lexus LS500h. Just like the ES300h, RX450h and LX450d the NX300h is also being sold in India via the CBU route, though Lexus is keen on setting up assembly operations in future to price its cars more competitively. While the NX300h rivals German SUVs internationally, it is priced significantly higher than them here, given the fact that it comes via the more expensive CBU route.

The NX300h's styling is similar to what we have seen on other models from the Lexus stables, with a sharp, distinctive face and large grille. To confirm its hybrid status, the Lexus logo on the NX300h's grille gets a blue backlight as well. To complete the SUV look it also gets side skirts, roof rails, and black plastic cladding on the wheel arches. The rear is typical of Lexus' SUVs too, with sharp, angular taillights and bold character lines on the tailgate.