Lexus, luxury vehicle arm of Toyota, said that it is studying the possibility of setting up an assembly facility in India. Asked about the same, Lexus president Yoshihiro Sawa said, "I do not know when it will (happen) but we are studying...Taxation is so hard so we are now studying". When asked about the duty structure in India, he said it is a problem "but eventually, the government maintained the current condition, which is good for us, so we can continue our business". Pointing out the potential of Indian market, he added: "I hope Lexus will grow but we are just standing at the start point now". Currently, the company imports models into India from Japan. 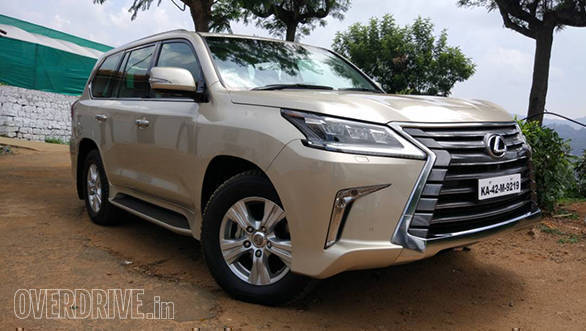 The LX 450d is the flagship Lexus in India and biggest vehicle in the portfolio. It is also the most expensive of the lot. The SUV is based on the Toyota Land Cruiser's underpinnings

Lexus marked its India entry in March this year with the introduction of a hybrid-focused line-up of vehicles featuring the ES 300h sedan, RX 450h crossover and LX 450d SUV. The company has opened four showrooms in Mumbai, Bengaluru, New Delhi and Gurugram. Additionally, it also plans to establish service centres in Chandigarh, Hyderabad, Chennai and Kochi. In September, Lexus had announced a restructuring of its operations in India to go independent of its parent brand, Toyota.