In an unprecedented move, Hero Motocorp has unveiled a diesel scooter concept in India. The Hero RNT  gets a revolutionary 150cc liquid-cooled turbo-diesel hybrid engine that makes 13.5PS of power and 35Nm torque. 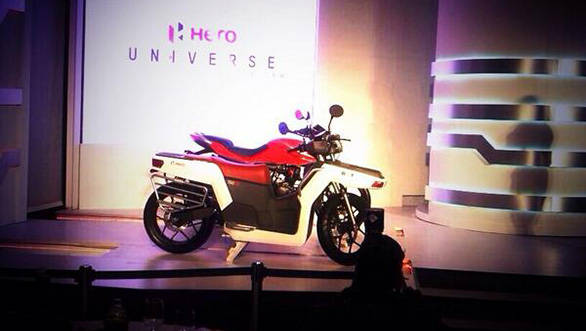 The engine comes mated to a six-speed gearbox. The RNT also gets detachable headlamps that double up as a torch.

The concept was unveiled along with four more products  new CBZ Xtreme, new Dash scooter, new Leap scooter and the HX250R. The Hero HX250R is a 249cc motorcycle that will compete with the Honda CBR250. 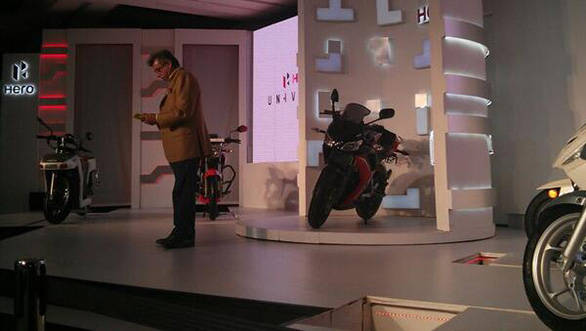 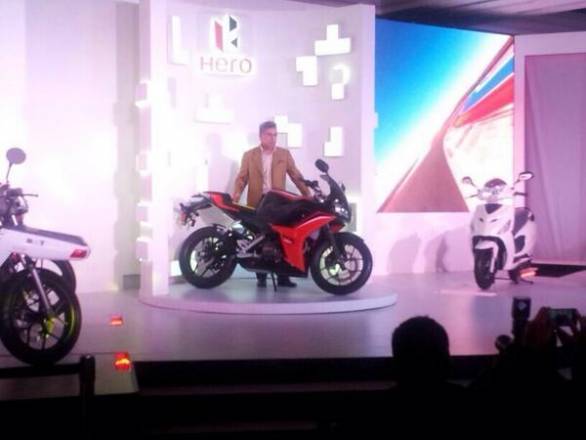 Hero HX250R and Hero Dash; (below) the new Hero Xtreme 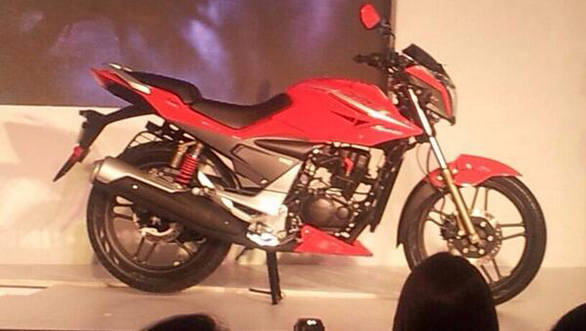 Hero Dash is a Maestro-sized scooter which has a 111cc 4-stroke 8.4PS/9.4Nm engine. It has 12-inch tyres and a 6-litre fuel tank. Comes with Hero's Integrated Braking. Drum brakes on both the ends.

Hero Leap is a petrol-hybrid which was showcased at the 2012 Auto Expo and has a 3-litre fuel tank. It weighs in at 140kg and will be launched by the next fiscal year. On a full tank of fuel, the Leap does 340km.An 8kW electric traction motor and on-board generator are powered by the Li-ion batteries. The engine is a 125cc fuel injected mill.

Hero MotoCorp, the world's largest motorcycle manufacturer, is forming a habit of big fireworks at all its events. When it unveiled as many as 15 updates in November, we thought it would take a lot for anyone to match. Hero has not only matched the November 2013 blitzkrieg, it has gone leaps ahead with the five new unveils. Signing off on Wednesday, Hero MotoCorp promised to continue the tradition at the 2014 Auto Expo. Stay tuned.