The all-new Volvo XC40 is launching in India today and marks the Swedish car maker's entry into what is the volumes end of the luxury car space in India currently, the compact luxury SUV segment. For now, the XC40 is being launched only in the fully-loaded R-Design trim which comes loaded with features and boasts serious equipment levels, including segment firsts like radar-based driving assistance and safety systems. Volvo is targeting millennials with the XC40 and that's something that reflects in the exterior and interior design of the SUV. You can follow our updates from the launch event happening in New Delhi here itself. And while we bring you all the details from the event, you can also read our first drive review of the Volvo XC40 right here. 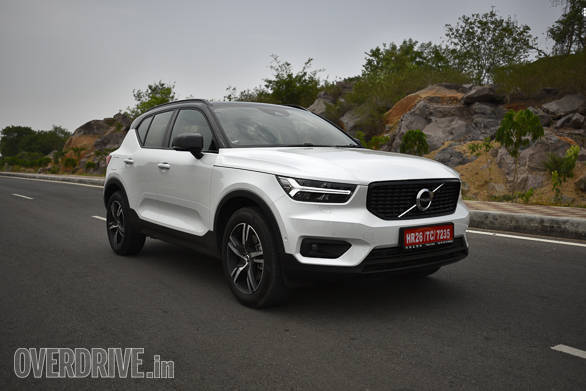 The Volvo XC40 gets Volvo's signature face including the rectangular grille that houses the brand's famed 'iron logo', as also the 'Thor's Hammer's LED daytime running lamps that are now a Volvo design trait

Here are all the live updates from the launch: