Renault India is adding to their India line-up with the launch of the Triber, a 7-seater SUV-styled vehicle, which essentially creates a niche for itself. Under the Triber's sub-4m body is a heavily re-engineered version of the CMF-A platform, also found underpinning the Renault Kwid. The focus is on modularity, with a view towards increasing cabin space for the occupants, including those in the second row. The Renault Triber will be powered by a 999cc 3-cyl petrol engine, with variable valve timing being the biggest differentiator from the engine available on the Kwid. 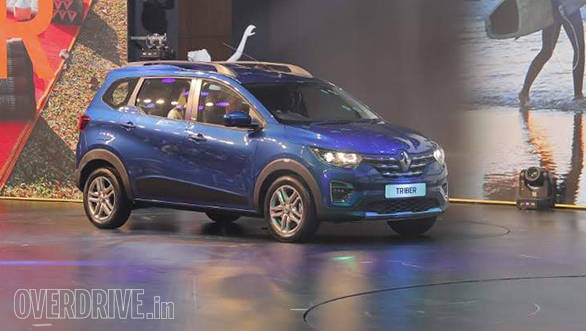 Much is known about the Renault Triber already, so follow our liveblog updates for everything you need to know about the Triber including its interiors, features, specifications and more, including the price reveal straight from the launch event.