Turkey is famous for many reasons which include cuisines, interesting places and also its rich culture. However, you would not consider this middle eastern country when you are thinking of automobiles. This belief would soon change as a consortium of Turkish companies have formed TOGG (Türkiye'nin Otomobili Giri?im Grubu), which is the country's first ever automobile manufacturer. It's first offering will be an electric SUV that will be launched in 2022. This early stage prototype C-SUV that has been designed with support from the Mahindra-backed Pininfarina along with a concept sedan were unveiled at a public event held at IT Valley in Gebze, Turkey. 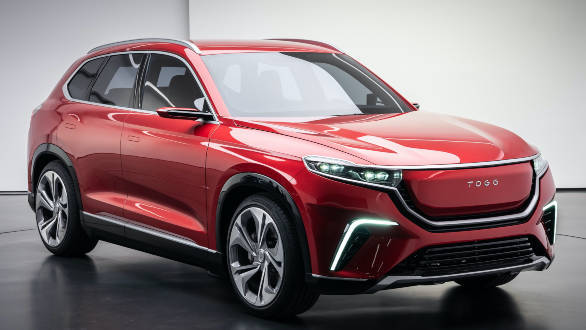 The SUV will position TOGG as Europe's first non-conventional battery electric SUV manufacturer. The company mentions, In addition to being a born-electric BEV with zero emission, the C-SUV is going to be a smart car with best-in-class features such as the longest wheelbase, the most spacious interior, the best acceleration performance and the lowest total cost of ownership.  A total of 18 design houses from Turkey and abroad were assessed objectively in line with 6 different criteria set by TOGG. The TOGG Design Team, including experienced Turkish designer Murat Günak, shortlisted 3 design houses with the highest scores. The short-listed design houses, which were briefed with insights from a comprehensive Turkish consumer survey, provided 2D design alternatives for the contest.

The design of both the sedan and the SUV takes inspiration from Turkish culture.  The tulip, which has strong roots in Anatolian culture, has become an inspiration figure. It has been imprinted on the front grille and wheel rims, to give the car its signature look. The cabin comes with a wide digital infotainment display that emphasizes the advanced technology the car, states TOGG. 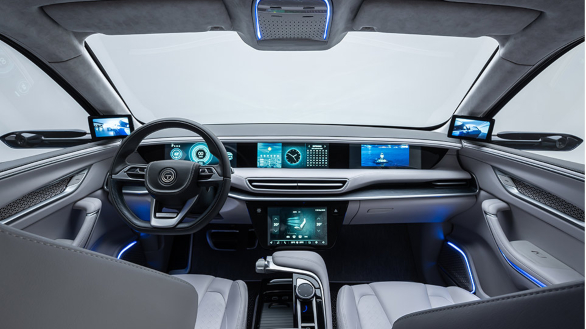 In terms of powertrain, customers will be able to choose from 2 different range alternatives offered by the high-energy Li-ion
battery technology. Turkey's automobile will offer 2 battery packs that provide 300+ km or 500+ km ranges and will allow the users to configure their cars by choosing the most suitable range based on their needs. The company claims the battery can be charged to up to 80 per cent in a short duration of less than 30 minutes. The battery pack with state-of-the-art battery management and liquid thermal management systems will be offered with an 8-year warranty.

The TOGG SUV will be offered with two drive options are available, a rear-wheel drive (RWD) with a single e-motor offering
200PS, or an all-wheel drive (AWD) system with the 2nd e-motor positioned on the front, offering a combined power of 400PS. The all-wheel drive (AWD) system with two e-motors of high-efficiency on the front and rear axles will provide better road handling and performance in harsh weather and road conditions. The claimed 0-100kmph acceleration for the 200PS RWD is said to be 7.6s, while the same for the 400PS AWD will be 4.8s. 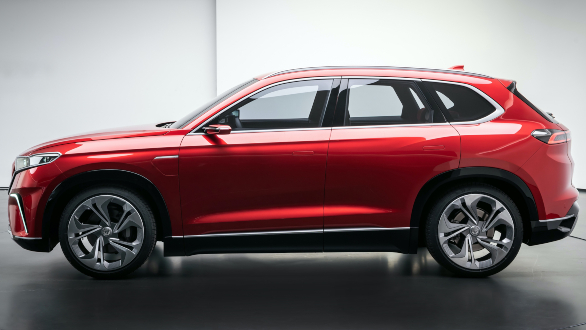 The advanced driver assistance systems, including Slow Traffic Pilot, offer Level 2+ autonomous driving capability and will ease the burden on drivers, creating time for making use of the smart features within the car. With its flexible architecture topology, the vehicle will make a seamless transformation to Level 3 and beyond of autonomous driving. The connected architecture of the car will enable over-the air updates and the car would be continuously developed with the most advanced technology, claims TOGG. 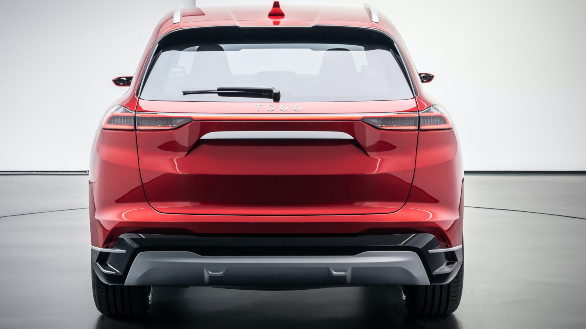