Mahindra Imperio to be launched on January 6, 2016

Mahindra will soon launch the Imperio premium pickup in India on January 6, 2016. This will the first launch for the Indian utility vehicle maker and the company plans to further increase its lead in the small commercial vehicle segment. Mahindra already enjoys a 53 per cent market share in the LCV segment. 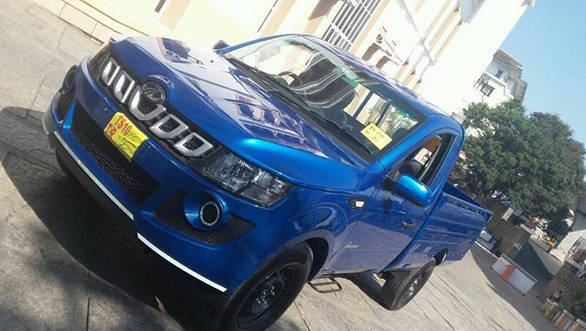 The Imperio sits on the same platform as the Genio but has a refined exterior design to make it look more appealing. Mahindra will target the small and medium business sector with its latest foray into light commercial vehicle segment. The highlight of the Mahindra Imperio will be its styling followed by performance and driving comfort.

Speaking about the launch, Pravin Shah, president and chief executive (automotive), M&M Ltd said, "Since we are the market leader in the small commercial vehicle segment, I am sure that with the addition of the Imperio, we will consolidate our leadership in the commercial vehicle space even more".

The Mahindra Imperio has been conceptualised and developed at Mahindra's research and development facility in Chennai and will be manufactured at the Chakan plant in Pune. Mahindra might fit the Imperio with the same 2.5-litre engine from the Genio which makes 75PS of power and 220Nm of torque. The features of the Mahindra Imperio too will be similar to the DC VX variant.

The Mahindra Imperio will be priced higher than the Genio. There's no word yet on whether the Genio will be discontinued thereafter, but it's likely that Mahindra may sell it as a base option.