Despite an official announcement yet to be made by Mahindra Racing, current Le Mans driver and a popular name in Indian Motorsport, Karun Chandhok will represent the Indian team in the the inaugural 2014-15 Formula E season. Teaming with him will be an old team-mate, Brazilian Bruno Senna. The Formula E championship, which is an FIA conducted series for electrically-powered cars, is due to start this coming September in Beijing. With ten teams confirming their participation, Mahindra Racing have become the third team to announce their drivers after Audi Sport ABT and Virgin Racing. 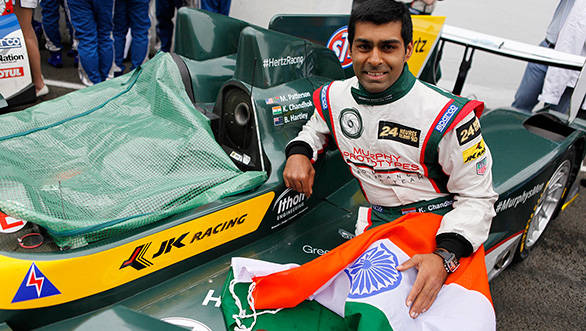 In a previous interview with CEO of Formula E Alejandro Agag, OVERDRIVE had broken the news that the series was keen on including Indian drivers in one of their teams and was talking to the obvious "two most famous Indian drivers" for the event. Though Karun Chandhok's inclusion in the team was on the cards for a long time, recent rumours speculated that his place in the team may go to Narain Karthikeyan, despite the fact that Karthikeyan was a Tata Motors backed driver and has been for the entire duration of his career. However, the announcement which is to be made official on Monday, will confirm Chandhok's place in the team and that of his former Formula 1 HRT team-mate Bruno Senna. The duo of Chandhok and Senna have teamed up in the past for the 2008 season with GP2 team, iSport and then went on to make compete in Formula 1 with HRT in 2010.