After the announcement of the Delhi Government's odd-even policy and the Supreme Court's ban on registration of certain diesel vehicles, Mahindra's electric car subsidiary, Mahindra Reva has stepped in to promote the adoption of its own product, the e20. 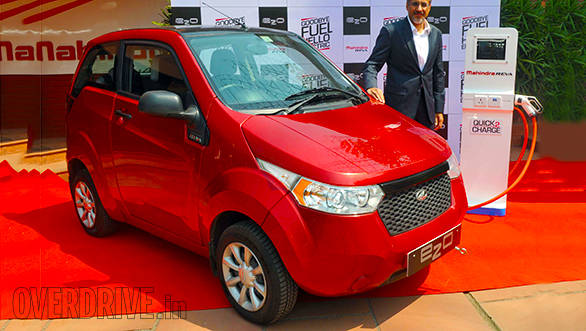 Mahindra initially plans to promote the use of electric vehicles as taxis. Bangalore-based Lithium Urban Technologies already has a fleet of Mahindra e2o EV taxis. The company has also been positioning the e20 EV as a viable alternative for city commute through recent campaigns like the Goodness Drive from Kashmir to Kanyakumari to prove the car's ability to a handle all terrains and day to day usage.

Mahindra Reva is also planning to launch electric versions of the Verito sedan and Maxximo Light Commercial Vehicle (LCV) by February 2016 in order to expand its electric vehicle portfolio.The company is even testing the Maxximo electric LCV under real life conditions by using it in Agra to ferry visitors around the Taj Mahal.

The Mahindra's Festival of Goodness scheme introduced in October 2015 too was aimed at attracting more e20 customers. The first 100 customers who bought the e20 through the scheme are eligible for the lucky draw which will be held on December 30, 2015 between 11:00am and 12:30am at Hotel Monarch in Bangalore.