Mahindra, Toyota and Mercedes-Benz have decided to move the Supreme Court against the ban on sale of diesel vehicles with a displacement of over 2,000cc in Delhi.

Mahindra has a portfolio dominated by diesel SUVs with engine capacities exceeding 2,000cc. Even Toyota has been badly hit by the decision of the apex court as its most successful offerings are the 2.5-litre Innova and Fortuner. Luxury carmaker Mercedes-Benz has also had to tweak its model launch strategy for its diesel variants which have a displacement of more than 2,000cc. The SC will hear the plea of these three car manufacturers on January 5, 2015. 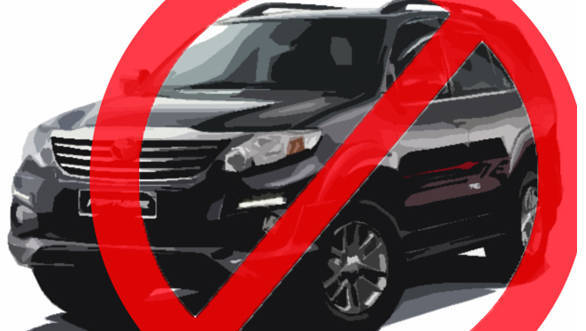 According to an independent analysis report, 2,000cc-plus diesel cars amount to only two per cent of the total number of diesel vehicles in Delhi. Secondly, the study says that two-wheelers on Delhi roads outnumber the  four-wheelers - at around 55 lakh units. Due to their numbers alone, the three carmakers say, the two-wheelers could be more polluting than the large displacement diesel SUVs.

Diesel vehicles have been in the news in Delhi due to the emission of diesel particulate matter (DPM) - especially PM2.5 (particulate matter of size 2.5 microns or smaller). But the air pollution problem in Delhi can also be attributed to the presence of oxides of Nitrogen, sulphur and carbon. Another major source of NOx is industry stacks which, according to the report, account for 52 per cent compared to vehicular NOx emission which was found to be 36 per cent.

Another problem that comes to light is that some of the diesel vehicles which fall in the banned category comply with BSI and BSII emissions norms and have been plying on the roads for over 10 years. Which means, that if they are in fact a cause of pollution, then the Government should have altered the emissions norms themselves, in order to encourage manufacturers to make the vehicles more environment-friendly.

Also, the ban on the sale of newer 2000cc diesel vehicles (which now comply with BSIV norms) will not address the problem of the older, and thereby more polluting, vehicles on the road. The BSIV compliant engines can be fitted with a diesel particulate filter in order to check the DPM emissions. But the same cannot be done in older vehicles.

This would obviously result in higher sales of petrol vehicles - which emit more carbon oxides than diesel cars. SIAM has also drawn attention to the fact that petrol vehicles lead to more consumption of fossil fuels and potentially compromise the country's energy security. This would also go against the Hon'ble Prime Minister of India, Narendra Modi's vision of  reducing India's carbon footprint by 33-35 per cent.