Since the launch of their Mahindra XUV500 in 2011, Mahindra & Mahindra Ltd  have sold over 1 lakh units of the SUV in less than three years. Recently, the popular Renault Duster also popped the 1 lakh cherry in India within two years of its launch and brought out the One Lakh Limited Edition Duster at Rs 9.99 lakh, but the guys at M&M categorically distinguish themselves and claim that this feat is the first of its kind in the 'premium SUV segment'. 'Premium', according to Mahindra, applies to SUVs above the Rs 10 lakh price point, which diminishes the Duster's similar accomplishment by a narrow margin. 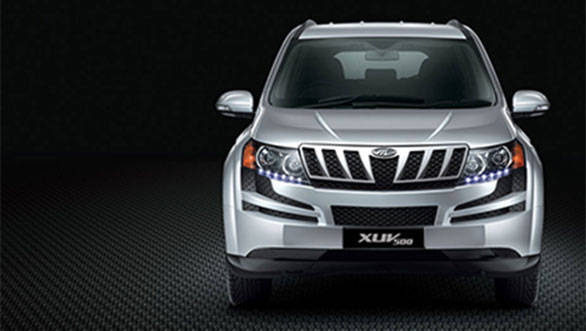 To its credit though, the XUV500 has been making headlines ever since its launch -  from the formidable competition it offered recently at INRC and Dakshin Dare to bagging the most prestigious manufacturer's awards. These include 'SUV of the year' and 'viewers choice car of the year' awards from CNBC TV18Overdrive Awards 2012.

Apart from India, the SUV has also made its way to markets in Australia, South Africa, Italy, South America and Africa. The latest update of the XUV500 is powered by a 2.2-litre mHawk engine that develops 140PS of max power and the torque peaking at 330Nm is made available from 1600 to 2800rpm.

Pravin Shah, chief executive, automotive division and international operations (AFS), Mahindra & Mahindra Ltd said, "This is a proud moment for us, as our first global SUV, the XUV500 has reached a significant milestone of 1 lakh sales in just 35 months of its launch. . . This achievement reaffirms the XUV500's immense popularity as it rightfully claims the spot of being the only SUV, above Rs. 10 lakh, to repeatedly establish new milestones -  be it the fastest to reach the 50,000 sales mark in January 2013 or the fastest to achieve the 1,00,000 sales mark now."

More from OVERDRIVE on the Mahindra XUV500 : -

Mahindra's cheetah-inspired XUV500 crosses 1 lac sales milestone, the fastest to do so amongst premium SUVs in India